More than a year off, there is very little known about Pacific Rim: Uprising, the sequel to Guillermo Del Toro’s 2013 epic, Pacific Rim. Now at least we have the first visuals of three new Jaegers, set to defend us pitiful humans against a major Kaiju threat. What their different strengths are, who they will be piloted by (their Jaegermeisters?) or their names, are not known yet, but we’re sure this will become clearer once the first trailer drops. We also haven’t seen any of the Kaiju yet, although gathering from the movie poster, they will be massive.

Pacific Rim Uprising is helmed by Steven S. DeKnight, who has directed TV shows such as Daredevil, Dollhouse, Smallville and Angel. Del Toro still has a finger in the pie through his producing duties and as a writer on the script.

The movie is set to star John Boyega, who we’ve recently seen in Star Wars: The Force Awakens as Finn, and sees the return of Charlie Day, who starred as Dr. Newton Geiszler in the first one. According to IMDB, Del Toro noted that Uprising takes place some time after the original, with the threat of Kaiju on Earth all but neutralised.

The images originally appeared in License! Global, a magazine for film licensing. For the latest updates on Pacific Rim: Uprising, check out this unofficial fan site here. 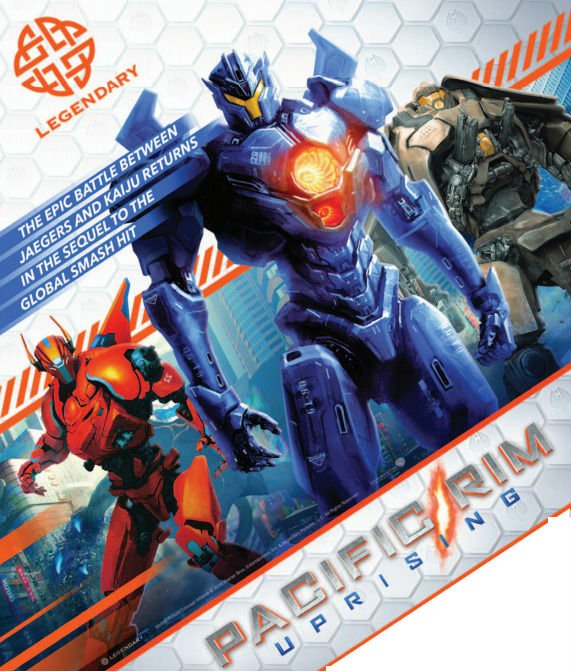