It wouldn't be a normal day at Mobile World Congress 2015 without a new smartwatch making its debut. Thankfully today is no different, as Pebble (one of the first companies to put its full weight behind the smartwatch wave) has showcased the new metal chassis sporting Time Steel. Along with upping the battery capacity and fitting a better display, Pebble has added an extra that may see the competition follow suit in the not too distant future - smartstraps.

The Pebble Time Steel will be available in three colours, stainless steel, black and gold, all of which bare a striking resemblance to Apple's Watch (set to officially launch on 9 March). Along with the materials upgrade, the Steel Time is said to serve up ten full days worth of use. Added to this is a laminated display with Gorilla Glass, as well as a 50 m underwater depth waterproofness. 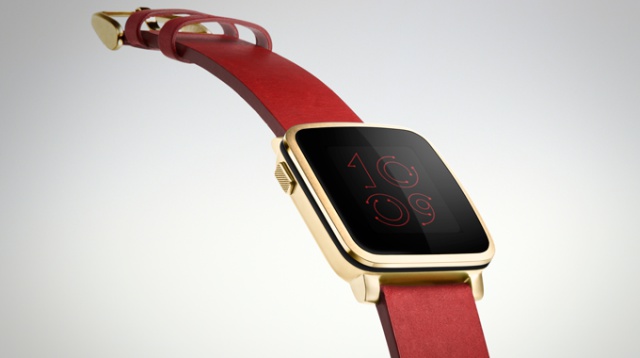 The truly intriguing aspect of the Time Steel however, is the introduction of smartstraps, which among some other features, will provide an additional charge for wearers when the Time Steel runs low. The smartstraps will also be able to transfer data, but the applications of this feature have not been fully revealed yet. Pebble says its smartstraps will not be a product that they will sell exclusively, but rather a design tool for third-party developers to take advantage of.


Pebble first launched the Time smartwatch a little under one week ago on Kickstarter, raising an estimated $12 million in that short period of time till date. For now, the finer spec details remain unknown, but the new Time Steel will retail for $300, with an expected release date around July.

Fitbit Versa
Cybersecurity: A full view of the risks ahead, and what we can do now