A little over two weeks ago, Stuttgart-based carmaker Porsche pulled off the rather remarkable feat of winning the SA Car of the Year award for a third consecutive year thanks to the Macan S Diesel. It's the first manufacturer to do so in South Africa, and as such showed that cars in higher price brackets can still outperform their value-for-money rivals. It is rather fitting then that a new video from Porsche details the company's design philosophy, offering some great insight into the specific aesthetic elements that each Porsche vehicle must inherently have. 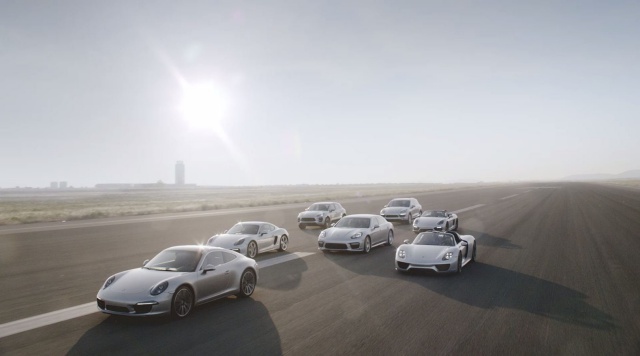 The first half of the video deals with Porsche's iconic and unmistakable shape. "Every Porsche follows a specific design DNA," says our German accent sporting narrator. "This includes the unique relationship between a flat hood and the pronounced fenders," he adds. This feature is then highlighted by several different Porsche models being viewed side by side, with each model from the Carrera to the Cayenne all bearing the shape distinct shape.

The video then ends with a number of different Porsche models driving on what seems like an endless runway, all of which look rather striking in silver. Click on the video after the break to find out Porsche design principles, and perhaps what goes into winning SA Car of the Year three years in the trot. We've also added a video for the new 911 GT3 RS and Cayman GT4, should you need some for sports car action.