The Range Rover is already a pretty opulent piece of machinery, and with the base model Vogue retailing for R1.5 million, its certainly for the SUV elite. The newly debuted SVAutobiography then, seems to take that elite status to a whole new stratosphere. Just like the far more athletic 2016 Range Rover Sport SVR, the Range Rover SVAutobiography is set to debut at the New York International Auto Show, and carries the hallmark of being Land Rover's most powerful Range Rover to date. 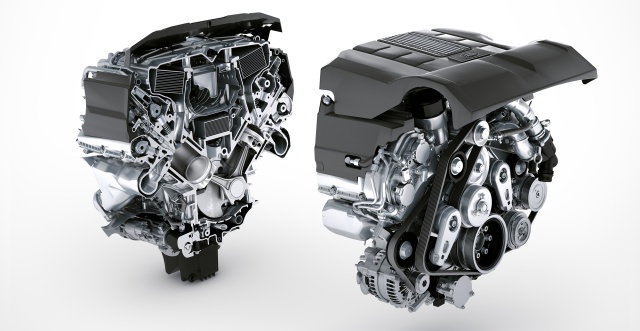 Giving it that status is a new all aluminium 5.0 litre supercharged V8, tuned to produce a mammoth 410 kW and 680 Nm of torque. A special edition version of Land Rover's all-conquering SUV, the SVAutobiography was designed and built by the British manufacturer's Special Vehicle Operations (SVO) division.

Set to debut in 2016, the SVAutobiography sports a distinctive two tone body, which will be made available to order for the first time to Land Rover drivers. Colour choices will consist of a standard Santorini Black on the top portion, and nine different colour options for the lower half of the vehicle.

Being an SVO vehicle, the SVAutobiography features all manner of beautifully appointed features, including solid aluminium rotary controls for the centre console, deployable tables in the rear for passengers and an optional sliding landscape floor in the boot. Added to this is a quad exhaust setup, so those driving too close to the rear know when to back off.

At this stage, the official release date and pricing for the SVAutobiography is unknown, but Land Rover is taking pre-orders come September, with the 2016-slated model expected to hit roads by April. 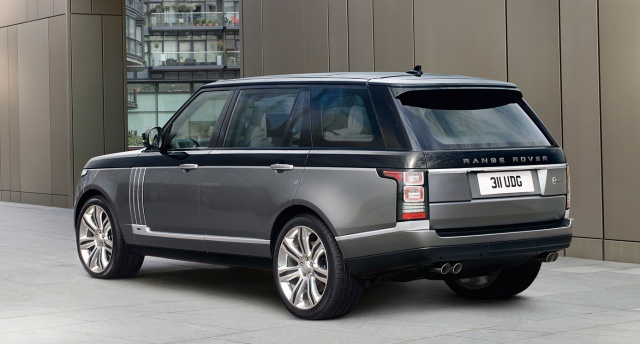