The Spectra Pack features the FUTURE Z 1.1 and ULTRA 1.2 football boots in bright, brilliant graphics inspired by bands of refracted colour. Puma believes the boots are “pushing you to see beyond the ordinary and create moments that give meaning and importance to the sport: from the final rounds of the club season to the finals of major international championships.”

The Spectra pack are part of Puma’s ‘Only See Great’ platform, aimed to spark a spirit of optimism, self-belief, hope and community in a year Puma hope will bring moments of greatness in sport. 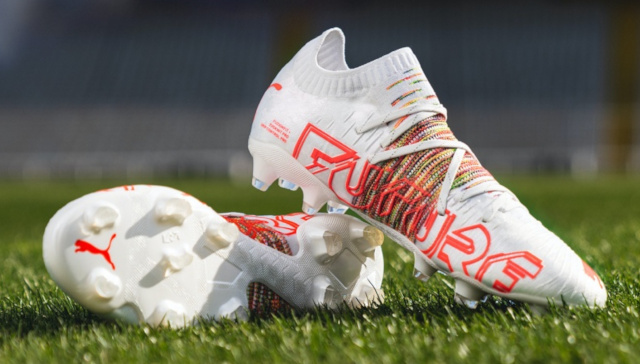 The first boot, called the FUTURE Z 1.1, is built around an adaptive FUZIONFIT+ compression band, with the boot said to provide optimal lock-in and support for explosive movements. The upper is made of a knitted material coated with a thin layer of GripControl Pro to provide solid touch and ball control. Puma further developed the Dynamic Motion System outsole for advanced traction to drive the opposition crazy. 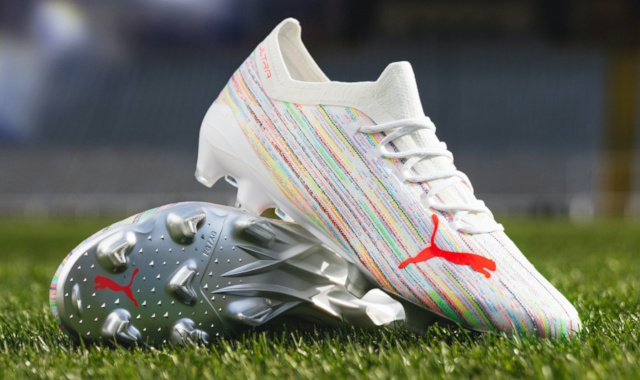 Puma believes the ULTRA 1.2 has been engineered for ultimate speed, with the boot featuring an ultra-lightweight MATRYXEVO upper to provide superior stability, durability and traction for explosive forward motion, speed and acceleration. Furthermore, Puma notes the feeling of velocity is built into the explosive design by combining the fully engineered MATRYXEVO upper with an instinctive Peba SpeedUnit outsole, creating the ultimate weapon for speed.

The lightweight Peba SpeedUnit outsole features a split sole design inspired by Puma’s track running heritage. The soleplate combines subtle spikes in the forefront and V-shaped studs configured for lightning speed and acceleration. A thin GripControl Pro skin is applied in key areas to provide complete control on the ball at uncatchable speeds.

“Great is everywhere. It’s in the streets, on the pitches and the parks. It is a promise you make to yourself to never look back and to never back down. No matter what. Great starts when you look past mediocre, ok and good, Now is the time to ‘Only See Great’,” the brand notes.

The Puma Spectra Pack will be available from 19 April 19 at PUMA.com, PUMA stores and selected retailers, retailing for R3599.