This upcoming weekend is proving to be a significant one for South Africa's gaming scene, as two large-scale events are set to take place. The bigger of the two is RUSH, which sees OMEN by HP take up a role as key sponsor for the NAG-run event, bringing a host of different gaming platforms and tournaments to the fore from 21-23 July.

To gain a better understanding of how RUSH came about, as well as what HP South Africa has planned for the weekend, we sat down with the company's area category manager, Rodger Green. 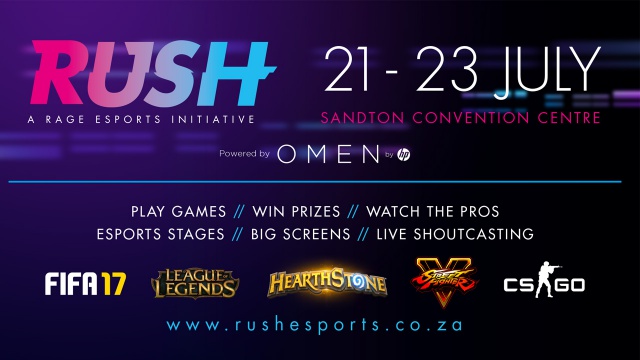 TechSmart: How did RUSH come about, and why did HP decide to be a headlining sponsor?

Rodger Green: As the newcomers, HP wanted to enter the gaming market with a bang. In order to do that, we got in contact with NAG, and they told us about an event that was conceptualised at rAge last year called RUSH. They asked if we would be interested in helping to bring that to fruition and we jumped at the chance to do so.

It has since been a joint effort between HP and NAG to make RUSH a reality, and we're excited for local gamers to experience this weekend.

TS: Apart from being a title sponsor, what else is HP planning for RUSH?

RG: As a headlining sponsor we will have a large visible presence at RUSH this weekend, showcasing the OMEN by HP brand.

TS: You've mentioned a showcase. What kinds of OMEN hardware will HP be bringing to RUSH?

RG: We'll have two areas for RUSH attendees to explore, as part of a larger stand HP will have on display. There will be one section with the current gaming notebooks and towers on show, as well as another space to showcase some of the recently announced devices. So there will be a mix of slightly older and new on show from the OMEN by HP lineup.

At this stage, the new products are still scheduled for release around September, but this at least provides us the opportunity to show gamers and consumers what's to come from OMEN by HP. 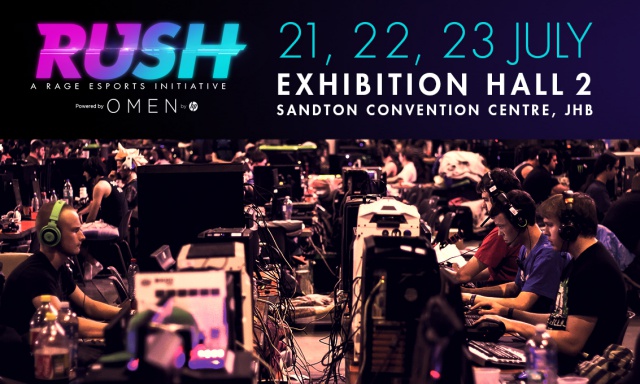 TS: RUSH marks a significant event on the local gaming scene. What more do you think needs to happen to raise the profile of eSports in SA?

RG: There's still quite a lot of room for growth on the local gaming scene. You look at the likes of Telkom and its VS Gaming initiative, and they've certainly been doing a solid job of helping to bring the local competitive gaming scene to an international standard by making a sizeable investment.

I think the more that companies like HP can do to help gamers and athletes make a living from playing competitively, the higher the status of eSports can grow. For many of these gamers that may have the skill to go professional, there simply isn't the financial stability to do so.

Luckily, eSports is in the unique position that it does not have to worry about politics or bureaucratic red tape in order to ensure that eSports athletes get paid. I believe that the likes of RUSH and VS Gaming are helping gamers to get at the desired level.

eSports is not where it needs to be at the moment, but it certainly gives companies like HP an opportunity to come onboard and assist. If that can happen more frequently, down the line, a local team or clan that shows great promise, can be fully supported by the eSports industry to help them train in their discipline. That's ideally where we need to get the South African market to.

TS: Looking at the rest of the year, are there any other big events HP will be looking to be a part of?

RG: Yes, the next big event for Omen by HP is the rAge Expo in October. Following that, whether or not HP will be hosting its own eSports showcase or partnering with another company, is under discussion at the moment.

For more information on tickets and tournaments scheduled for RUSH - head here.

Looking to get R800 worth of STEAM vouchers when purchasing an OMEN by HP gaming notebook? Just click here.