Having recently coached David Gatebe to a record-breaking Comrades Marathon victory last year, John Hamlett (aka Colonel Coach) knows a thing or two about what it takes to win.

Add to that more than two decades worth of experience in the worlds of competitive running and training, and he's the perfect person to speak to about the practicality of sports watches. In particular the new TomTom Adventurer, which he has recently put to use.

We chatted to him about the sports watch, as well as what the rest of 2017 holds in store. 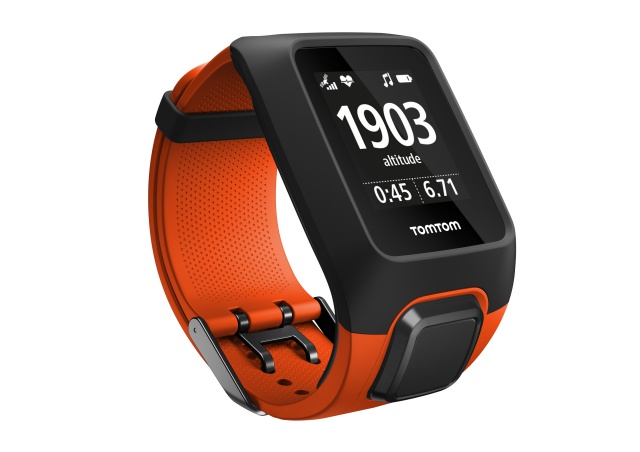 TechSmart: You’ve worn many hats within the world of athletics. For those unfamiliar with you, what does your current role entail?

John Hamlett: At the moment my company [John's New Lifestyle] is focused on getting people lean and mean. That not only means helping our clients lose unwanted kilos, but also assisting in helping them get to the right muscle percentage.

As far as running and racing is concerned, I'm training Gift Kehele and David Gatebe. Two previous Comrades winners, along with a few up and coming runners. We've been fortunate enough to have a few bunches of winners, so now the objective is to try and repeat that if possible.

TS: When we last spoke you were using the Runner Cardio, but now you’re using the Adventurer. How does it compare?

JH: One of the first big advantages is battery life (up to three weeks of activity tracking), especially as my athletes are running five to six hour sessions at a time, so a sports watch that can last as long as they do is very important.

The ability to do trail running is great, as it's an aspect that I've added to the training regime of my athletes. The built-in GPS is also a nice feature to have, especially as we're doing a lot of our training in rural areas, so you can always backtrack in case you lose your way.

The Runner Cardio is still a very good sports watch, but I think for those people that are really into their trail running, the Adventurer is a great option to look at.

TS: The Adventurer has a number of training modes for different sports and outdoor activities, have you been able to put it to use outside the running arena?

JH: Hiking is a nice training mode. Unfortunately we cannot do skiing in this country, but it's also a nifty aspect to have. A significant one for me is the gym feature, since it's a place I spend quite a bit of time during the day. Having swimming and cycling modes is also a big help, especially if you're wanting to do more than just lift weights.

TS: For more novice athletes, what is the advantage of having a readout of one’s heart rate readily available while training?

JH: Well with the newer TomTom watches, it's nice to have the daily heart rate readings. For athletes in particular, who often work in places like factories and mines, having a TomTom watch with built-in heart rate monitor allows me to see whether he's had a particularly tough day at work. From there, I can plan his training accordingly, and cater the way we train from day to day.

When it comes to races, it also allows me to see whether or not my runner has a bit more left in the tank. Another interesting aspect is being able to gauge what their heart rate is like prior to the race, and whether I need to calm them down, or amp them up before the race kicks off.

Often, just by reading my runner's heart rate throughout a race, I can tell if they have a good chance of winning or not.

TS: Having used a number of TomTom sports watches in the past few years, are there any ways you think the devices can be improved, or features you’d like added?

JH: The new TomTom Touch is able to read body composition and fat percentage, which is a nice feature to have. Perhaps in the future, it's something that TomTom can think about incorporating into their sports watches.

That said, different sports require a unique level of fat percentage, so with that feature, you need to have the knowledge of what is best for a particular sport.

TS: You had great success as a coach in 2016, with David Gatebe winning and breaking the Comrades record. Do you have specific goals for your runners lined up for 2017?

JH: Of course, having both Gift and David out there winning races would be great. Comrades in particular is a goal of ours, and I'd love it if one of them could win it again this year, and hopefully break the record (uphill).

Our thinking before a race like Comrades is always to perform well, not necessarily to win. Instead, we look to start well and then take it from there, move into top ten, then top five and perhaps winning. On the day, anything can happen, which is why preparation is so vital.