HP is a manufacturer with a storied history in the realms of printers, PCs and notebooks. It does, however, find itself in the unique position of being the relative newcomer to the world of gaming hardware with its OMEN range, which was released locally a few months ago. The company recently revealed its latest lineup of devices Stateside, which is currently slated for a late Q3 launch in SA.

Locally the gaming market seems to be saturated with strong contenders, so the OMEN by HP range certainly has its work cut out. How are they going to manage? We pulled in HP South Africa’s area category manager, Rodger Green to chat about this, as well as what their latest devices tout and whether we'll see the unique concepts land locally. 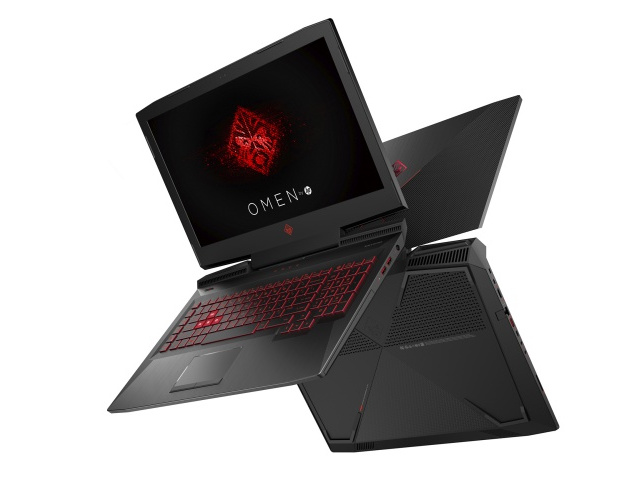 TechSmart: The OMEN by HP range has been available for a few months now. What has consumer reaction and feedback to the gaming lineup been like?

Rodger Green: The reaction from local consumers has been very positive. HP as a consumer electronics brand has been around for some time, but the OMEN by HP is the new kid on the block when it comes to gaming, which means we need to make a real impact. I recently saw a best gaming notebooks in SA article a couple of days ago, and OMEN by HP was ranked among the usual contenders.

I think part of the reason for the positive feedback has been the fact that we've introduced gaming focused products that are well specced, and more importantly, aggressively priced. This is what HP thinks gamers are really looking for, which should help us attract casual and professional PC and notebook consumers alike.

TS: Gaming hardware is a highly competitive market. How has the new range tried to differentiate itself from competitors?

RG: The initial range of devices we brought into the country catered to more of a middle-of-the-road gamer, with 8 GB/12 GB RAM offerings, but our new lineup is targeting a far larger audience, with a number of different specifications options for each device.

We're also making the devices available from a wide range of local retailers, allowing us to place entry-level products in specific locations and our high-end models in others.

TS: Speaking of availability, when will the new 2017 lineup be arriving in South Africa?

RG: HP is targeting the end of September to release the new lineup of devices, specifically on the notebook and desktop ranges.

Those prices are for the Intel i7 processor options, but we have received some requests from retailers to stock i5 versions, so the starting prices may be even lower.

TS: The new OMEN by HP range offers a number of choices when it comes to CPUs and GPUs. Will we get similar configuration options?

RG: For the South African market, which forms part of the EMEA (Europe, Middle East and Africa) region, on the notebook side, only Intel and Nvidia CPUs will be on offer. For the Desktops, we have Intel and Nvidia too, but will be looking to introduce an AMD version later down the line.

As far as availability of AMD Ryzen processors for the OMEN by HP range goes, much of it will depend on consumer feedback and demand.

RG: At this stage, there are no official plans to bring those two products into the country, but it is something we're looking into. We are, however, thinking about bringing in a few demo units into SA to set up experience zones at our HP-branded Shops. There are four currently in SA, with plans to expand.

Having conceptual spaces for consumers to try our things like our OMEN X Compact Desktop backpack, along with a VR headset, could certainly get people excited and interested in the brand.

It's still in discussions at this stage, but we could look to have these demo areas for the concept products up and running in and around rAge 2017 (6-8 October).

TS: Looking at the gaming industry locally, how is HP aiming to get involved? Are there any initiatives planned?

HP is also in discussions with local gamers and professional teams too, but we cannot disclose any further details at this stage.

TS: Are you able to detail any forthcoming developments or pieces of hardware that HP is planning for the OMEN range for the rest of the year?

RG: I cannot go into the finer details at this stage, but I can confirm that will be releasing a new device towards the end of the year. All I can say for now is that it is not simply a concept, but will in fact be  a production-level notebook.