Platforming duo Ratchet and his robot pal, Clank, may have successfully dealt with numerous threats to the galaxy, but it seems like even they have fallen to the intractable might of the dreaded delay. Insomniac Games announced that both the movie and the PS4 remake of Ratchet and Clank have been delayed into the first quarter of next year.

Hopefully this means it will harken back more to the expansiveness of Ratchet and Clank: Tools of Destruction, which marked the franchise’s leap onto the PS3, rather than the excellent, but less populous A Crack in Time. 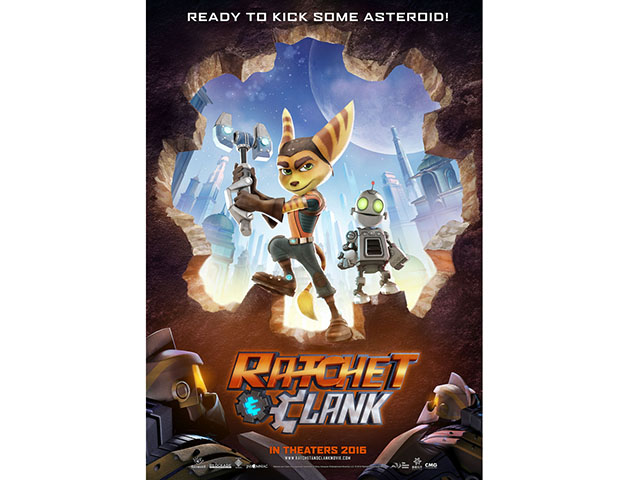 As for the movie, earlier this week, Insomniac Games confirmed the additional voice talent joining the original cast. It’s pretty considerable too -  with the likes of Paul Giamatti (Sideways) lending his voice to the movie’s villain, Chairman Drek, along with John Goodman (Monsters University, The Hangover Part III) as Ratchet’s mentor, Rosario Dawson (Sin City) as Elaris and Sylvester Stallone (The Expendables) playing Victor Von Ion.

Also along for the ride is Bella Thorne (Alexander and the Terrible, Horrible, No Good, Very Bad Day) who will be charged with bringing Galactic Ranger Cora to life. In the meantime, at least we still have this: