With a well documented history of manufacturing high performance gaming peripherals, Razer has just added a new device to its lineup in the form its redesigned Kraken Pro gaming headset. The Kraken Pro is designed with eSports gamers in mind, according to Razer, and just like its Nabu X (Review) wearable, comes in three distinct colour options.

The Razer Kraken Pro now comes with inline controls for volume and mic mute in addition to incorporating a fully retractable microphone. Added to that the over-ear headset features a closed ear cup with plush circumaural padding, which Razer says creates superior sound isolation. As such, the Kraken Pro is designed to ensure an immersive gaming experience over long periods of time, which is perfect for practice and tournaments, according to Razer. 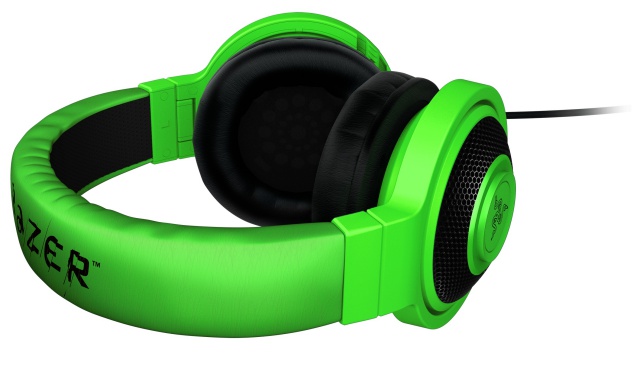 Being a Razer product, the Kraken Pro headlines the Kraken family of audio devices, which also includes a USB-powered Razer Kraken 7.1 Chroma with 16.8 million customizable color options, and an audio solution for the Xbox One. “The Razer Kraken Pro encompasses everything serious gamers need in a headset,” says Min-Liang Tan, Razer co-founder and CEO. “By adding inline controls, the most popular headset among eSports athletes is now more functional than ever,” Tan concludes.

For now, pricing is listed at $80 and €100 in the US and Europe respectively, with no official word just yet on the Kraken Pro's local availability and price tag.