In the wake of Samsung's Galaxy Note 7 global recall, there was perhaps more anticipation than normal for Huawei's launch of the Mate 9 last week. Whether or not the new phablet can usurp the Galaxy Note's thrown remains to be seen, we had the chance to speak to the Chinese manufacturer's VP of Handsets Products Line, Bruce Lee, at a media roundtable following the event.

With Huawei's profile growing in South Africa, as well as key markets around the world, the devices the company unveils have been given an even greater spotlight. We asked Lee whether Huawei was up to the challenge, along with a few more probing questions.

Media: Earlier in the year, Huawei announced its partnership with Leica, yielding the P9 and P9 Plus. Now the company has teamed up with Porsche Design. Will collaborations form an integral part of Huawei's plans moving forward?

Bruce Lee: Huawei values its partners, and we've always had an open-minded attitude to partnering with different brands. Our hope is that teaming up with industry leading partners, we are able to produce quality devices for our consumers. This has already had a positive effect in 2016 and we believe it will continue to do so in coming years.

Media: The Porsche Design Mate 9 is getting plenty of attention, but it will be a limited edition device. Is it limited in terms of quantity, or the regions it will be available in?

BL: The Porsche Design Mate 9 will target a very specific type of consumer, due to its design and price [€1 400], which loves premium products. At this stage then, we don't have concrete figures on how many devices we're looking to release in different regions.

This device is designed to offer Mate 9 consumers a unique experience, and as such is a bit of an experiment for Huawei. Therefore, we want to gauge the initial reaction from consumers in order to have a better idea of how to market the Porsche Design device and how many we'll manufacture.

Media: Is there a timeline for the launch of these devices. Are they currently available for pre-order?

BL: The Mate 9 will be available later this month (November), in select markets. The first wave of markets will include the United States, France, Netherlands, Germany and China. For the second wave (which includes South Africa), we're looking at the end of the Q1 2017 (March/April).

Media: The Huawei Mate 9 works of the cat.12 LTE bandwidth with up to 600 Mbps download speeds. Do you know when such bandwidth speeds will be available in other regions, like Europe?

BL: Currently, the Huawei Mate 9 is robustly designed to handle up to cat.12 LTE. When the carriers in Europe are able to bring their networks up to cat.12, the Huawei Mate 9 will be able to give consumers access to the higher download speeds. We are also working with carriers across the EU to see how we can better support them in improving their networks' capabilities.

Unfortunately, at this stage we do not have solid details to share. But, we are certainly in conversation with the carriers, and are making developments in that regard.

Media: With the launch of these new devices, Huawei has four offerings that are 5.5" or larger. Are there any concerns that they'll interfere with one another's sales, and are there plans to streamline the number of Huawei phablets?

BL: While the four devices have similar sizes, they have very different pricing strategies and also feature varying specifications. They also target separate types of consumers, so Huawei does not see an issue in terms of one device effecting the other's potential sales. 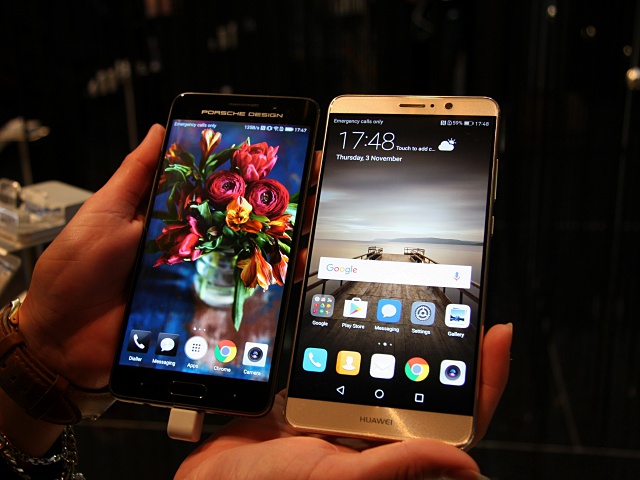 Media: With that in mind, is Huawei looking to become the industry leader in the phablet market?

BL: When we designed the Mate 9, we actually treat it like a smartphone, not a phablet. Huawei thinks that its consumers will not simply use the Mate 9, and our other larger offerings, simply based on size, but rather what they can enable as mobile devices.

Furthermore, If Huawei designs a smartphone or a phablet, it is not only about the dimensions. The chipset, camera and other specifications play as large a part in design as the length, width and size of the device.

So we're not looking to simply be a great phablet manufacturer, but rather a great mobile device manufacturer.

Media: With Samsung recalling its new phablet from the market, does Huawei believe an opportunity has arisen that it could capitalise on?

BL: Huawei is very confident in its mobile sales as well as how it expects to perform in that regard in the future. As a result, we do not do any comparisons with our competitors.

Our mission is to provide the best service or product that we can to our consumers. We develop our products based on their feedback and needs, and not what our competitors may be releasing into the market.

Looking forward, we believe that you'll see far more products designed to meet specific consumer needs from Huawei, as opposed to devices that try to outdo the competition.