It's Tuesday, which means our weekly Apple iPhone rumours are due. This time round, a series of leaked images via Nowhere Else, showcase three different iPhone 7 models. While we're all sure a standard 4.7" and larger 5.5" Plus devices are on the way, this latest rumour suggests an even bigger (5.6"/5.7") iPhone Pro 7 is also on the way.

What makes this device intriguing, is that it features a dual camera setup on the rear, as well as triple-point smart connection near the base of the smartphone. 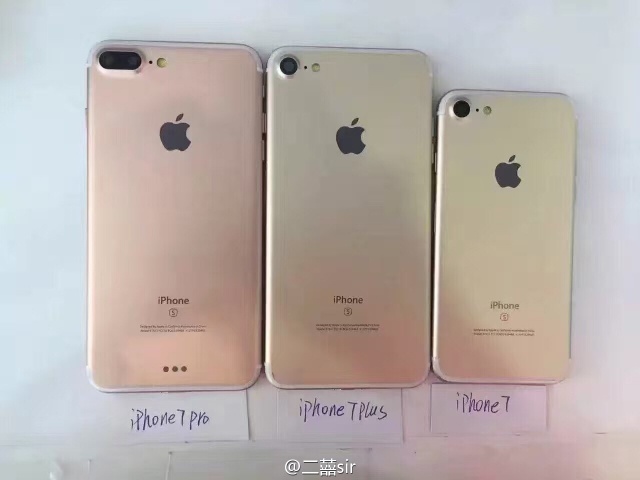 To what end either of these features would serve on an iPhone 7 Pro is still conjecture at this point, but there is some evidence to support their integration. Dual cameras for example, where newly highlighted by many Android smartphone makers at MWC 16 this year, with LG's G5 (review) best putting it to use for wide angle photo taking. In an effort to keep pace, Apple may also be looking to make the most of a dual camera setup.

As far as smart connectors go, the iPad Pro tablet made use of them, so users could quickly and easily snap on accessories. Furthermore, Motorola's recently unveiled Moto Z smartphones had similar smart connector pins, which the company used to attach hi-fidelity speakers, a projector and battery case.

Could Apple be going modular? We would just have to wait and see.