Samsung Galaxy S10 gets a shot in the arm, new features

The Galaxy Note 10 Plus (review) and most recently, the Galaxy Fold have both been launched and are currently capitalizing attention, but the good news is that the now older Galaxy S10 (review) has not been forgotten and left to languish by the wayside.

Samsung have announced that the latest update for that phone borrows some of the features introduced on its Note 10 flagship and brings it to the S10 as well. More specifically, those features are the Augmented Reality (AR) Doodle, the excellent built in video editor that the Note 10 Plus offered, along with support for Samsung DeX for PC and the facility to link to Windows. This means that users will be able to wirelessly connect their phone to their Windows 10 PC and easily view its contents, send and receive messages, and sync recent photos directly from their computer.

Image shooters and happy snappers also have some extra goodness added to their S10. The update expands the camera’s Night Mode to include support for the front-facing camera – useful no doubt for selfie shooters who want to capture themselves after dark or in a dim nightclub/restaurant.

For video shooters, there is the addition of Super steady video stabilisation, as well as support for Live focus video recording. The latter enables users to apply bokeh effects (including blur, big circle, colour point and glitch) to videos recorded with the front or rear camera.

Finally, some of the apps that may not be as flashy but still find everyday use also get an upgrade through the new update. Samsung Pass’s setup has been simplified, making it easier for Galaxy S10 users to utilise their device’s advanced biometric technologies to log in to apps and websites quickly and securely. In the Messages app, new icons for adding photos and videos have been positioned to the left of the text window to offer users easy access to the files they need.

“At Samsung, we’re constantly exploring ways to offer Galaxy device users the best possible smartphone experience, and this software update is an extension of that commitment,” commented Justin Hume, the director of  integrated mobility at Samsung South Africa.

In short, the S10, which was a terrific smartphone when it launched earlier this year, has now become an even stronger offering, both for those who already own the smartphone or those looking to buy a top-tier device but who don’t require a stylus. 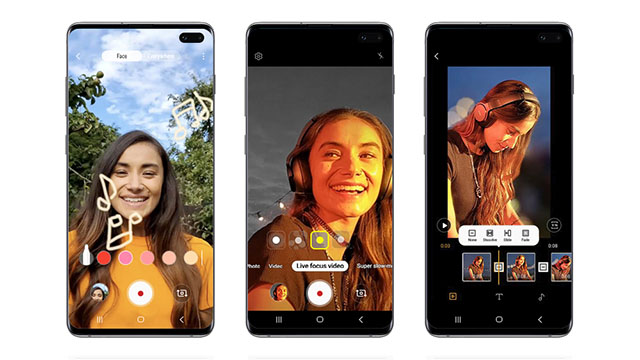