Samsung held its annual press conference at IFA 2017 last night, where the South Korean manufacturer focused on its wearable portfolio. To that end, the company unveiled two brand new offerings designed for those that take their fitness seriously.

First up is the Gear Sport, a new smartwatch that boasts 5 ATM (up to 50 metres deep) water-resistance. Samsung also partnered with Speedo on the device, integrating the latter's training app to help swimmers capture key metrics while working out in the pool. Added to this is a real-time heart rate monitor, and compatibility with a bunch of fitness apps including MyFitnessPal and Endomondo.

Shifting back to the specifications, up front is a circular 1.2" (320x320, 302 ppi) Super Amoled screen. It also comes fitted with all the sensors one would need, such as built-in GPS, accelerometer, gyrometer, barometer and ambient light detector. The smartwatch also features a dual-core processor, 768 MB RAM, 4 GB onboard storage and a Tizen operating system.

Next is the Gear Fit 2 Pro, which is a bit of a mouthful, but serves as Samsung's new fitness band offering. To that end, it's major feature is built-in GPS for tracking, which means runners or cyclists may be intrigued by this one. 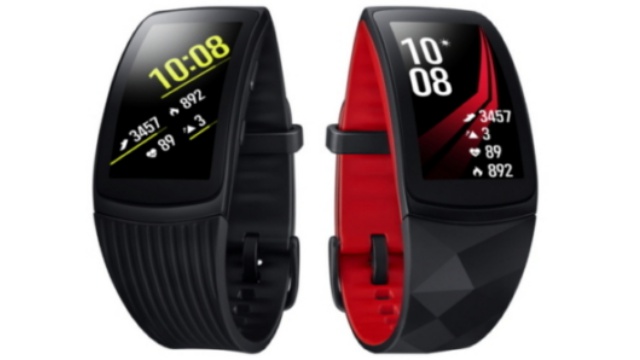 Instead of a circular form factor, the Gear Fit 2 Pro opts for a curved rectangular one, with the 1.5" Super Amoled screen delivering a 216x432 resolution and 310 ppi pixel density. It too is running a Tizen OS, and is powered by a 1.0 GHz dual-core processor and 200 mAh battery. RAM is 512 MB, with 4 GB of internal memory also on offer, as well as the same 5 ATM water resistance as the Gear Sport.

At this stage, Samsung Mobile South Africa has not confirmed of either the Gear Sport or Gear Fit 2 Pro will be arriving in SA, or indeed what price consumers will be paying for it, but we'll keep you posted.