Need something cool for your bicycle and have a few bucks to spare? The SmartHalo 2 is now in its final month on Kickstarter, already close to ten times over its initial target. This bike computer contains several improvements from the 2015 original, making biking more fun, even for the casual cyclist.

Apart from the previous colourful halo, the SmartHalo 2 now also contains a convenient screen, called PeekDisplay (128x64 pixels OLED), to display some added extras. This, for example, can show the weather forecast, your current speed, time to destination or distance travelled. You can easily scroll through different metrics by swiping just below the screen. 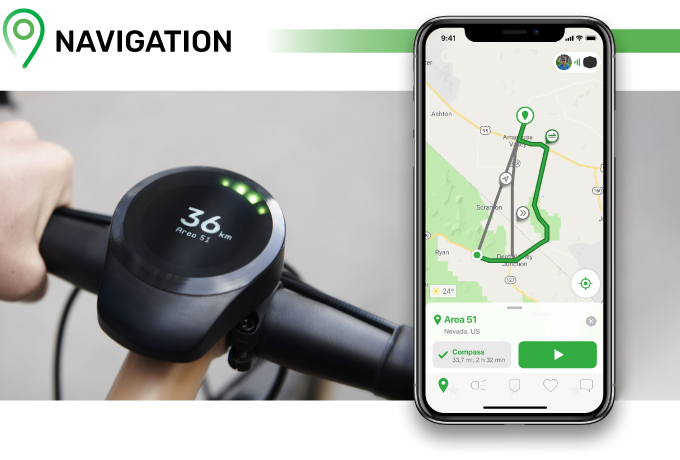 It’s good to remember that first and foremost the SmartHalo was created to help with navigation, since you don’t always want your smartphone mounted on your bike. The only routing system used is the proprietary HaloRoute, which allows you to choose based on either fastest, safest, flattest or the recommended route. We could imagine this working better Stateside, with South Africa having its unique safety concerns. By combining the Halo’s blinking indication and info on the PeekDisplay, you will know exactly when to turn. All rides are tracked automatically and can be pushed to Strava (or others) if you’re a fan. 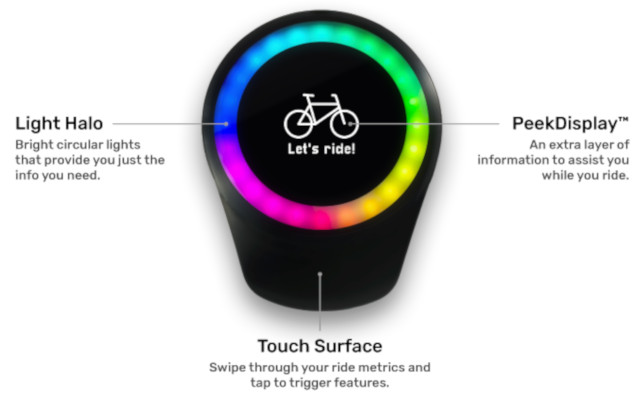 The SmartHalo 2 is meant to stay mounted on your bike, with only a unique HaloKey tab able to unlock it. As an added benefit to this you have the motion triggered 110 dB alarm that goes off as soon as someone moves your bicycle. There are three sensitivity levels to choose from, which means that a regular bump when in a bike rack will not set it off. The SmartHalo 2 does need charging (once a week with regular usage according to the company), and for this you unlock it with the HaloKey and charge if via microUSB.

Are you often cycling in the dark or maybe just want to be a bit more visible to traffic? A 250 lumens light should do the trick, since it can also blink or pulse to keep you drivers alert.

How much you ask? As an early bird special (with eight left at the time of writing) you will pay $100 for the privilege of mounting the SmartHalo 2 on your bike. The company notes it ships worldwide.