Star Wars: The Force Awakens products are set to be unveiled in the world’s first-ever global live toy unboxing event. Unfolding over 18 hours in 15 cities and 12 countries, the event will see highlights from the range of merchandise revealed in a rolling New Year’s Eve styled celebration featuring digital presenters from the Maker Studios network. 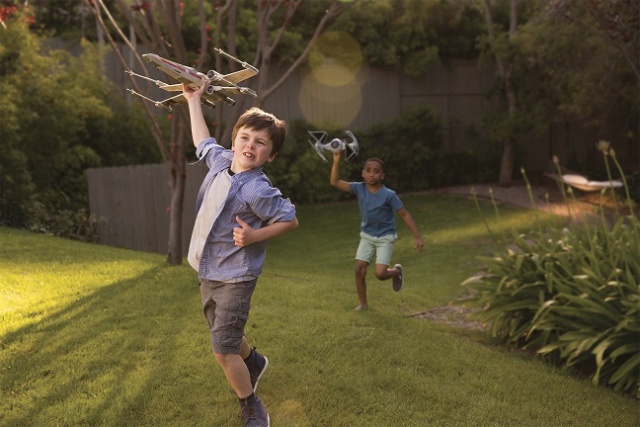 Kicking off in Sydney, Australia on the morning of 3 September, and continuing through Asia, Europe, Canada, as well as North and South America, selections from the new toy line will debut to global audience, leading up to retailers around the globe opening their doors at midnight.

The Star Wars YouTube channel will host the live stream, which kicks off with the first unboxing in Sydney, Australia at 7:45 AM local SA time on Thursday, September 3 , with the grand finale at Lucasfilm in San Francisco at 17:00 PM on the same day. Each of the 15 locations will reveal a new product inspired by Star Wars: The Force Awakens. 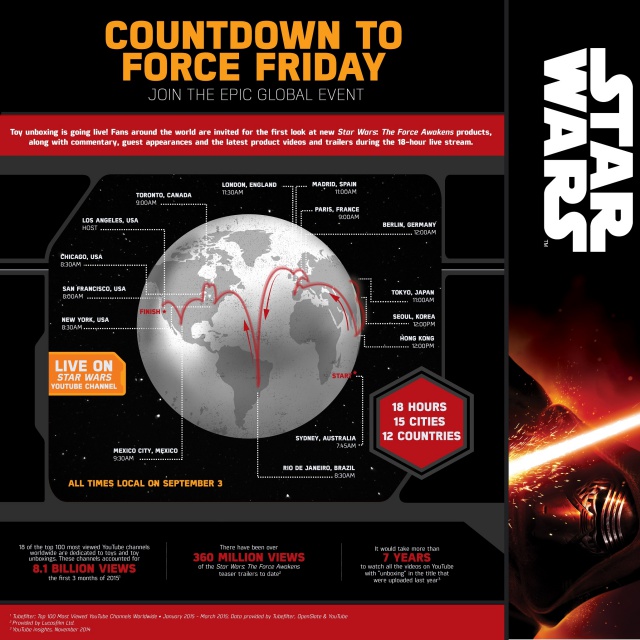 South Africa is getting in on the action too. Happening now until 7 September, visitors to Sandton City in Johannesburg and Canal Walk in Cape Town, will be able take a trip through the Star Wars universe that will showcase art gallery installations of some of the most iconic moments from the six Star Wars films.

Visitors to the exhibition will notice a mysterious black box, situated in the center of the exhibition. As Star Wars: The Force Awakens product is steadily revealed across the globe in celebration of Force Friday (4 September), the black box will be unveiled, showcasing the brand new products and merchandise from Star Wars: The Force Awakens, with information on where South African Star Wars fans will be able to get their hands on the product.