In anticipation of a haunting Halloween, movie fundi Spling checks out the Horrors that will make you wish you never looked.

The Shining is an iconic and epic horror tour-de-force by Stanley Kubrick, starring Jack Nicholson and loosely based on Stephen King’s fictional masterpiece. We’re immersed in the haunted Overlook hotel as a struggling writer loses his mind and his son’s “little friend” starts to glow brighter. 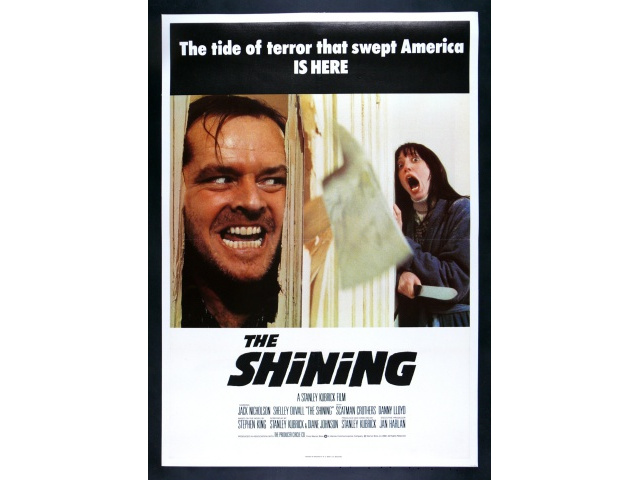 At almost two-and-a-half hours, you can easily feel trapped by the icy blizzard, experiencing an alcoholic father’s degeneration into an axe murderer as a hotel’s darkest secrets seep through the floor. Kubrick gets inside our heads, affecting us with Indian motifs, nightmarish visuals and a dizzyingly maniacal performance from Jack Nicholson. 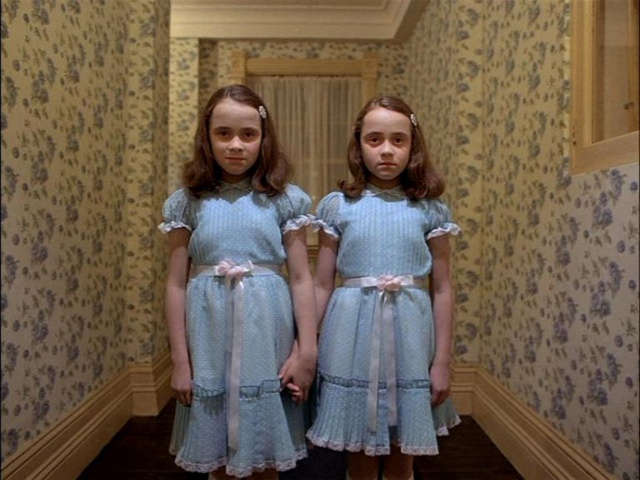 Alfred Hitchcock, the Master of Suspense, delivered a game-changing horror masterpiece in Psycho, starring Janet Leigh, Vera Miles and Anthony Perkins as Norman Bates. After a Phoenix secretary steals $40 000 and goes on the run, nothing can prepare you for the slasher horror and psychological thriller in waiting. 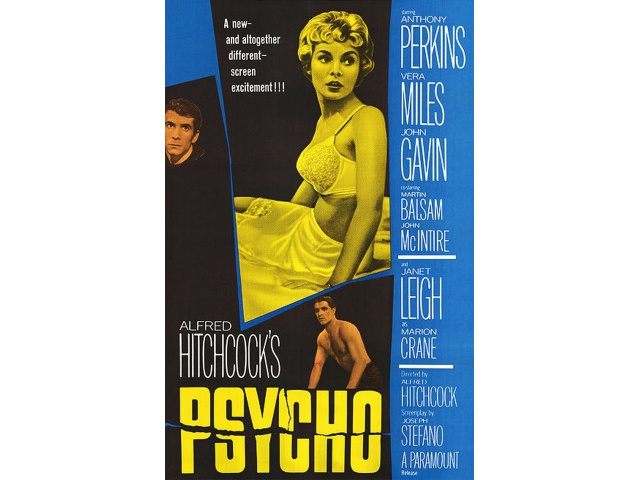 The black-and-white horror has aged well and to Hitchcock’s credit, it doesn’t rely on much action or blood to deliver chilling suspense and disturbing drama. Psycho, Norman Bates and the Bates Motel have become entrenched in pop culture and who can forget that shrill soundtrack and nerve-shattering shower scene?

Scariest scene? The feminine silhouette emerges from the shower curtain. 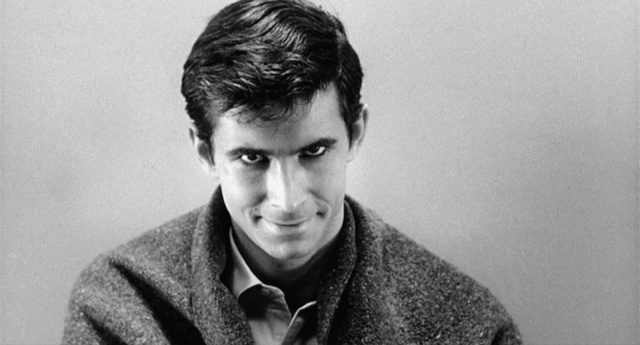 The Texas Chain Saw Massacre is a gory low budget slasher that revolutionised the horror genre. The controversial film popularised ‘Leatherface’, an iconic madman based on murderer and body snatcher Ed Gein, known for his chainsaw and mask, two hugely influential horror accessories. 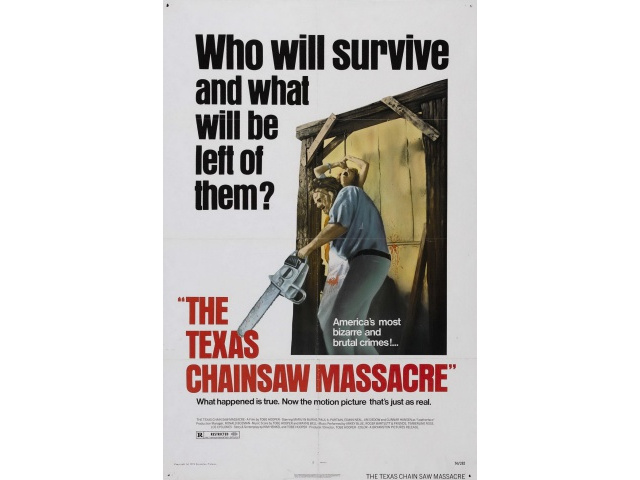 The story follows five friends who fall prey to a family of cannibals and a chainsaw-wielding killer. While said to be based on a true story, Texas Chain Saw Massacre is a fictional ‘grisly work of art’. This marketing angle sold the grainy snuff film feel and scared up a viral campaign upon its release. 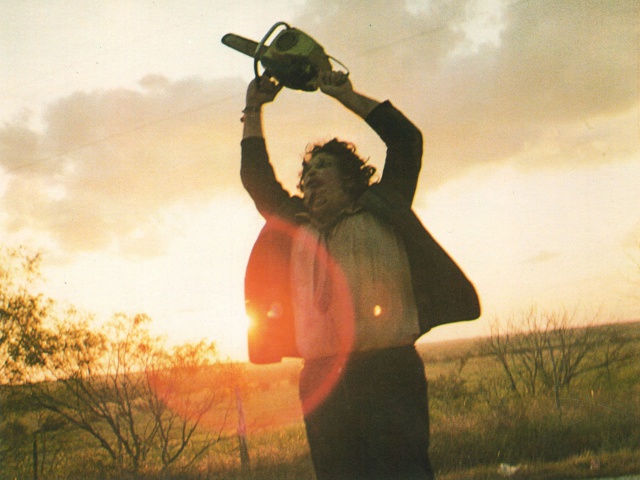 William Friedkin’s shocking landmark film adaptation, The Exorcist still reviles audiences today with its mix of grotesque psychological horror and drama. The unsettling experience of watching the film and reports of on-set accidents have turned it into one of the most discussed and notorious horrors ever. 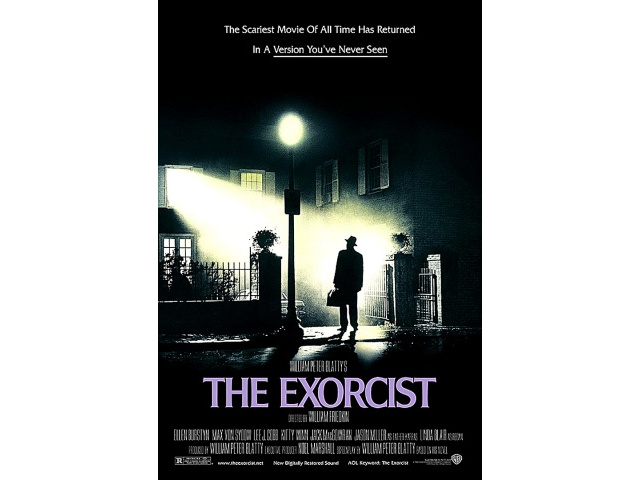 The Oscar-winning (Writing Adapted Screenplay, Best Sound Mixing) horror’s subversive tone makes it seem innately evil, playing mind games with its audience as we bear witness to a realistic demon possession and exorcism. Strong performances from Max von Sydow, Ellen Burstyn and a career-defining turn from Linda Blair have cemented this vile horror as one of the greatest.

Scariest scene? Too many to mention, but Regan’s 180 degree head-spin and the crab walk scene qualifies. 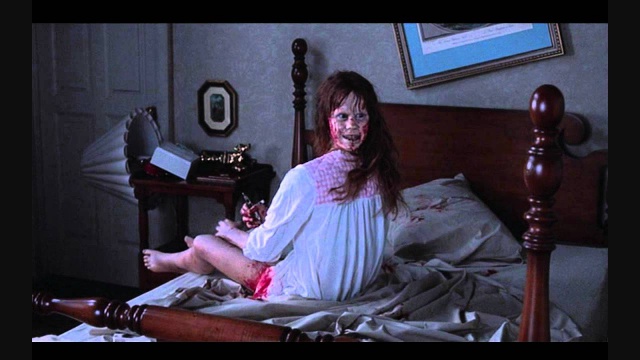 Just like David Lynch’s Eraserhead played with paternal fears, Roman Polanski’s Oscar-winning horror steeps itself in the spine-tingling mystery surrounding the prospect of motherhood. The simple premise of giving birth to Satan’s spawn has been treated with great subtlety and creeping distress in Polanski’s masterpiece. 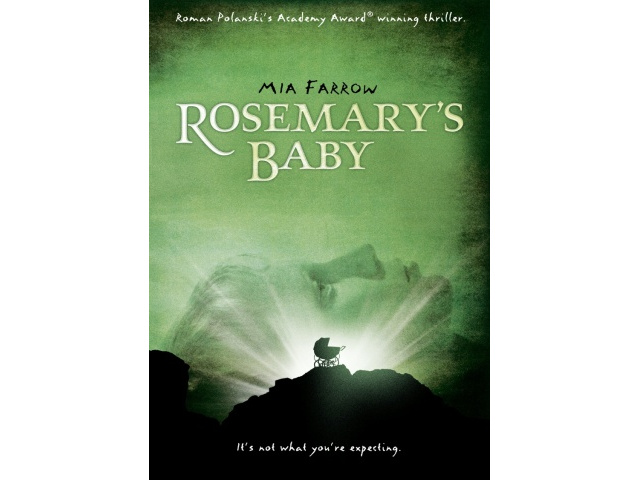 We’re gently immersed in a gloomy, atmospheric psychological horror that teeters between reality and unreality as creepy occurrences, strange neighbours and a mysterious pregnancy haunt Rosemary’s fragile state of mind. Mia Farrow is bewitching, the film leverages the power of imagination and we’re kept at an arm’s length: uncertain, fearful and paranoid.

Scariest scene? When Rosemary’s nightmarish vision finds her surrounded by a naked coven. 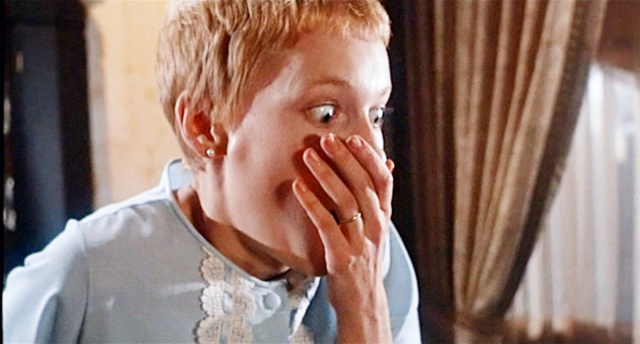 Close but cigar: Halloween, The Evil Dead, Don’t Look Now, The Ring, A Nightmare on Elm Street, Mama, The Cabin in the Woods.