TechSmart Gigabyte Sci-Fi Short Story Comp: Thanks for the Memories

Thanks for the Memories


It’s not often a major scientific discovery is made at a braai, although potjiekos purists hotly dispute this. It’s even less likely when that discovery uncovers a plot by an alien race to take over the world and turn humans into their personal playthings. This was, however, exactly what Dewald Swart, mediocre beef farmer (by his own admission) and doyen of the charcoal braai, stumbled across as he gingerly sipped his fourth brandy and Coke on his dark red stoep. Many might have ascribed this discovery to the amount of alcohol he had consumed, but Dewald, or Walti as he was known to his friends, was not one to succumb to the effects of brandy lightly.

The light grey spots in the thick piece of steak he was about to place of the glowing coals had definitely caught his attention. He was puzzled, unsure whether the meat was possibly infected. This was serious. He had slaughtered a cow the previous day, and, fearing the possibility of a contagious bovine disease, decided to send the meat for analysis the following day.

Themba Ndlovu, veterinary scientist and close friend of Dewald, inspected the steak. He sliced off a sample of the meat, placed it between the glass sliders, and slid it beneath his microscope. As he focused the lens and zoomed in, his eyes widened. He stepped away from the microscope briefly, and went back and double-checked that what he saw was not the result of a dirty lens. He peered into the microscope again, this time coming close to maximum enlargement.

Whatever he was viewing was alive. Dark, microscopic little squares, which flickered on and off. “Now,” he thought out loud, “viruses are definitely not square”. Themba looked at the squares again, and the little squares flashed back at him. He watched it for quite some time. And then he realized something even more remarkable. The little squares were flashing in sequence. A complex, highly organised sequence. But who had the technology to be able to develop something like this? The usual suspects…Americans? Chinese? Russians? At almost microscopic level?

Themba’s colleague, Jeanine Dlamini (on whom he had the most enormous crush) walked in. Jeanine was responsible for software data modeling, although there was other modeling Themba wished that she would do. He asked her opinion of the sample, and her eyes widened in low-level shock. Her focus was absolute as she took in what she was looking at. Jeanine stepped away, her mouth open. She grabbed a pen and scribbled down numbers. Then more numbers, which made little pairs. Jeanine ran to her computer, and started feeding in the numbers for processing. Themba tried his best to pretend that he knew what was going on. Jeanine ran back and forth to the microscope, scribbling down numbers and then typing them in. “It’s a code,” she said just beneath her breath.

When Dewald got the call from Themba, he was herding his cattle near the enclosure of a huge cellphone mast for which he was handsomely paid by a mobile operator. Before the mast, his slogan for the operator was "Everywhere you slow". But now he had blazing fast 4G LTE. On his farm, nogal. Themba was shouting, almost hysterically. Dewald tried to calm him down. “Boet, what are talking about?” “It’s a virus Walti. A bio-engineered digital virus,” he said breathlessly. “It’s a code, similar to binary. It’s been electronically transferred into the flesh sample you brought me by a high powered transmitter.” “But what does the code do?” Walti asked incredulously. “Jeanine says it changes and erases DNA code. It erases memories,” Themba exclaimed.

Dewald looked at the huge cellphone mast and heard the buzzing, electrical sounds. He pictured the code crackling through them at the speed of thought. He saw it flashing around the world in a heartbeat. He looked at his forearm and saw little grey spots. He felt slightly dizzy, and when his head cleared, he remembered what he was thinking about. The beef sandwich he brought for lunch definitely needed chutney. 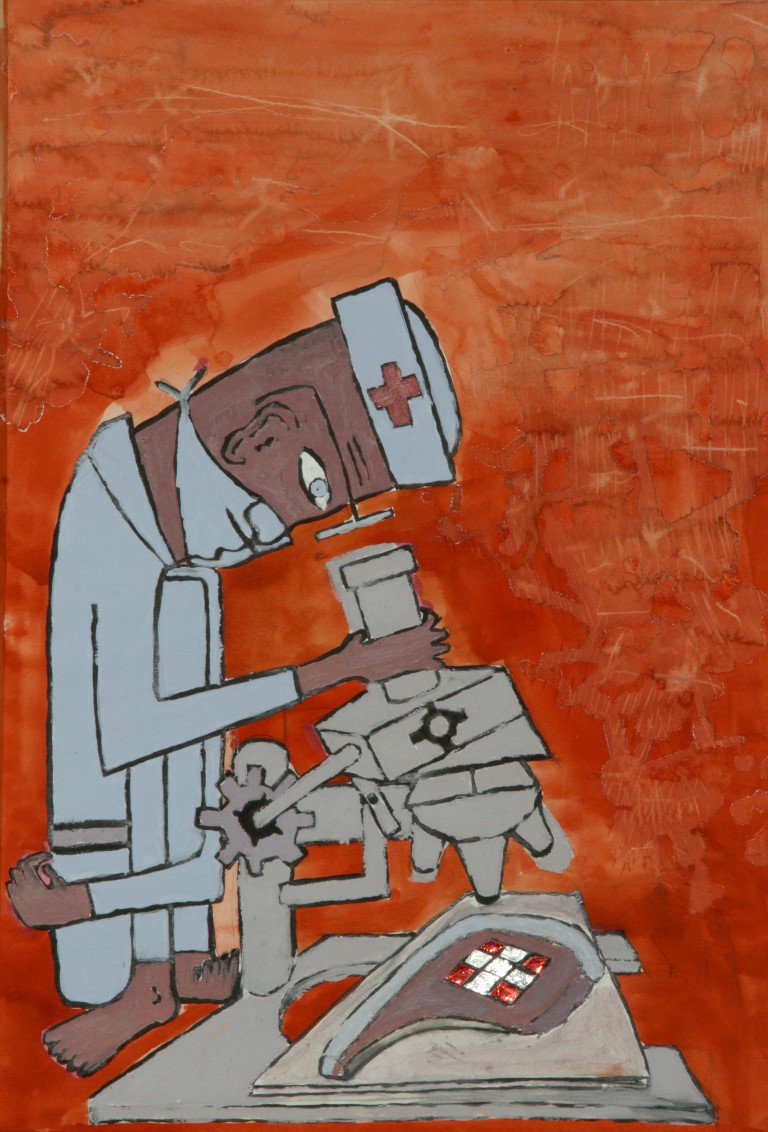 About the author: Craig hails from the Western Cape, married, with three children and no dog. He is currently working in the telecommunication industry and is on the verge of self-publishing a collection of short stories called Poison Pens which he believes should sell three copies. Craig loves technology that works and sees the internet and fast broadband access as the great equaliser.