Willem Samuel’s Mengelmoes comic book series has been mightily impressive, both in content and look and feel. We found him in the UK to talk more about the creative process, the local scene and his love of fine art.

TechSmart: When did you decide you want to create comic books?

Willem Samuel: It was never a conscious decision, really. Comics were just one of the many things I did, like painting or music. Even by the time I went to Stellenbosch to study art I still considered becoming a painter. Fate had it that I met Anton Kannemeyer during my studies and he taught me some great fundamentals which got me seriously switched on to making comics. But even after I completed my degree I still wasn't completely sure of how it was going to work out as a career. It's only when I started working at Supa Strikas, drawing comics from nine to five, when I was like, "Okay, I guess I am a comic artist after all."

You hail from Cape Town, but is based in the UK. How is the comic book scene looking over there?

Surprisingly friendly! There are lots of events with weekly and monthly meet-ups and people really support each other. There's a camaraderie between the writers, artists, publishers, shop owners and people making podcasts and websites. Everyone is working together and there is a genuine DIY mentality, largely because people in the industry here don't expect someone else to make their success for them.

The UK also faces the same issues as South Africa such as the negative public perception of comics, e.g. that they are for children and not a literary or artistic medium with its own merit. It's also interesting that the book publishing industry is struggling too and that UK artists have a tough time finding their own voice against the influx of European, American and Japanese comics. But I think that the heavy competition here fuels people to find ways to be creative and to create comics against the odds.

Back in South Africa I was convinced we had some sort of disadvantage in terms of resources or support. I was always blaming my lack of success on some part of the South African art culture, but I think the only big difference was that I didn't realise how hard this industry is to crack and was therefore way too relaxed.

Currently I think local guys like Loyiso Mkize and the Kwezi team are some of the guys who are showing the kind of hunger needed, which is exciting to see. 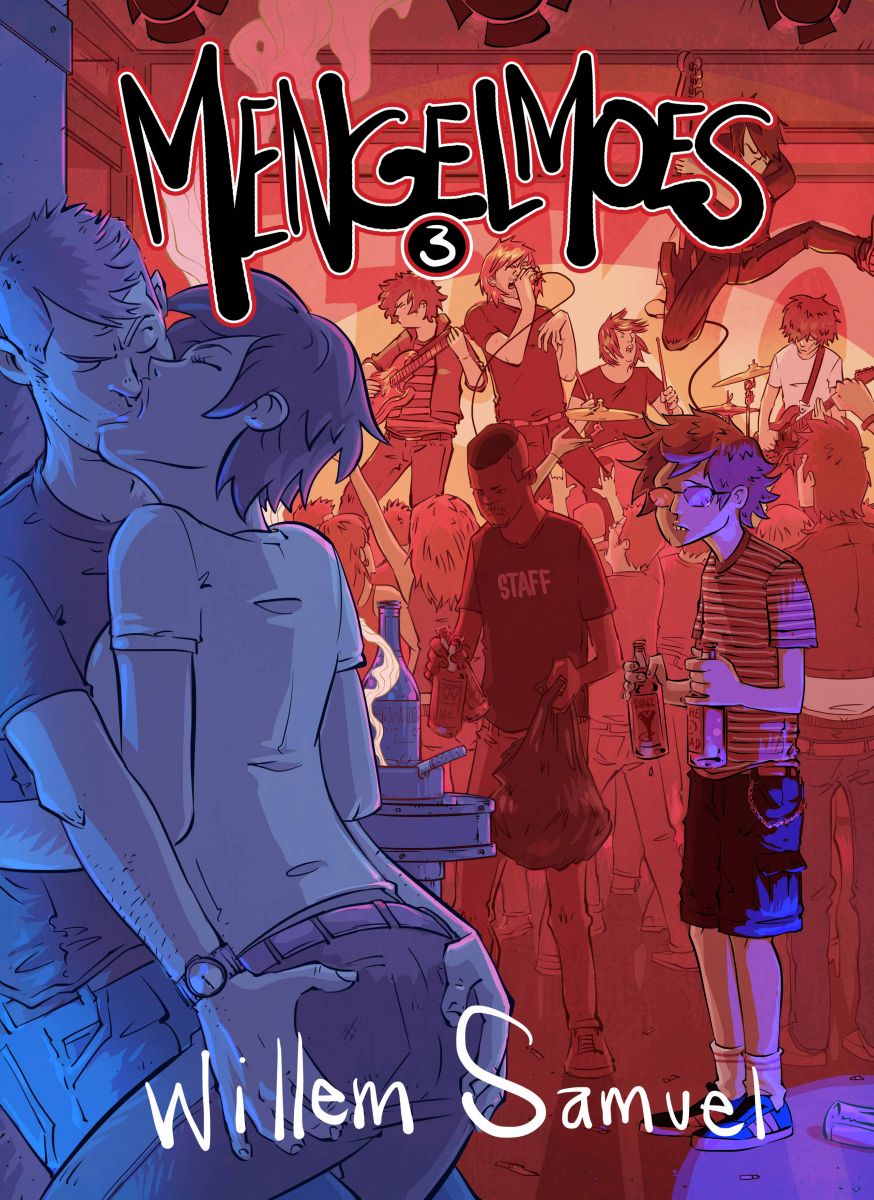 Tell us more about the Mengelmoes series.

It's a six-issue series about a teenage Afrikaner growing up in the Post-Apartheid era. Each issue is about one single day, from a different year, over the course of 14 years, with each issue drawn in a different style: hence the title Mengelmoes. I'm on page 270 at the moment, so it's full on graphic novel stuff and covers a wide range of issues from politics, religion, to love, drugs and fantasy.

It's currently being published periodically by Soaring Penguin Press in the UK and distributed to South Africa, and should be released as a single volume early next year.

What is your goal regarding your own comic book creation?

I try not to over-think that question actually. Art has inherent value and doesn't need a reason to validate its existence. I used to always think of why I wanted to create certain things and in the end you just make things for other people. In my experience the work and creativity suffers when you have your audience already sitting on your shoulder critiquing your work even before you have drawn the first line.

The answer for me, in terms of a goal, might be as simple as that I think something should exist and there is no bigger rush for me than to sit at the end of a day with a paper full of story, characters and colour, where just hours earlier there was nothing. 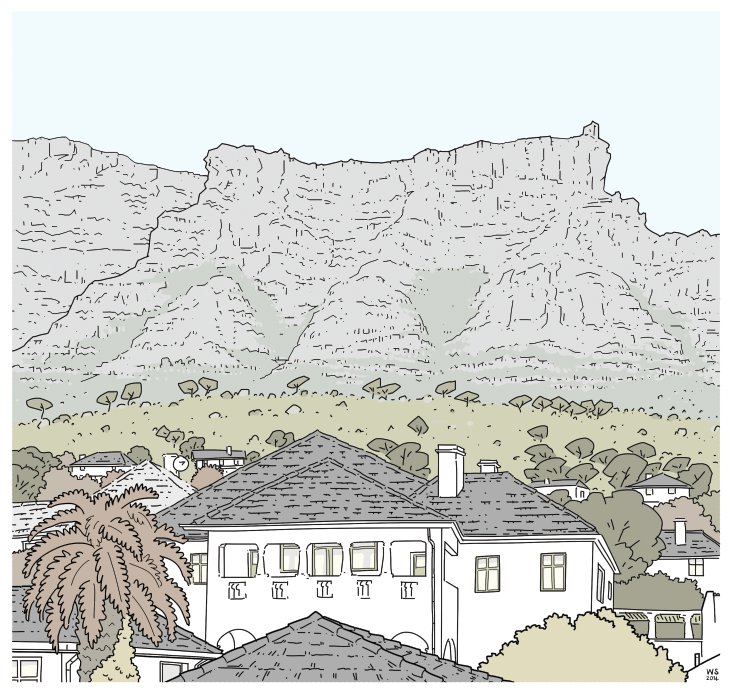 As with many comic book creators, fine art is running through your veins too. Do you spend a lot of time with that? How does the one influence the other (illustration and fine art)?

I guess there's art in terms of the medium, and art in terms of history and philosophy. I say that because we tend to forget the importance of art theory and only focus on the medium or technical skill. So, yes, I dabble in painting, especially landscapes, and that you will see in my comics, but art is not just about what something looks like, if at all, just as comics are not about how they're drawn.

It's about the story that forms in between the panels. The deeper meaning. The vibe you create. So I think the influence of art on my comics has been more of a conceptual one, where I really do spend time thinking about what I am saying, trying to create deeper levels of meaning and always experimenting and pushing boundaries - challenge myself and those who read my work.

What are some of the projects you are currently busy with?

Besides finishing Mengelmoes, there are some cool collaboration projects with music and musicians, which I'm extremely excited about. I also might have the opportunity to exhibit this year which is an area I'm very interested in branching into. 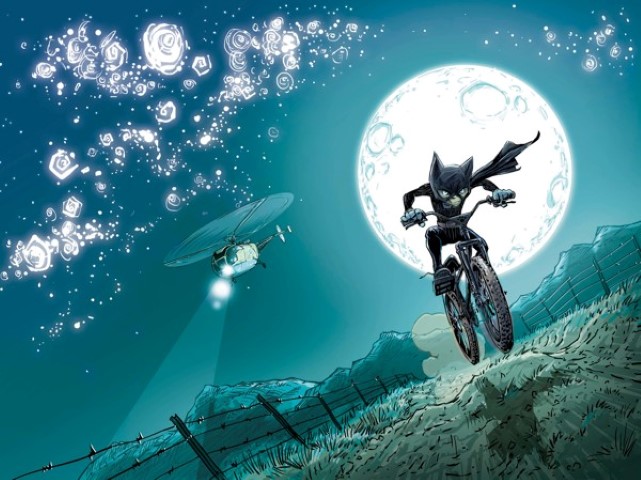 The Bitterkomix duo of Conrad Botes and Joe Dog is still way up there for me. I'm like a little kid when a new issue appears. I quote lines from it like I would Monty Python sketches: "En wat sê die Bybel oor masturbasie? Die Bybel sê NIKS oor masturbasie nie, maar EK sê vir julle…"  Stories such as Boetie, Jeugweerbaarheid, Bloedrivier, Vaalseun and Fanie Swart are unique works. Finding that kind of dark satire is rare and being South African it really speaks to me in a way no other comic does. 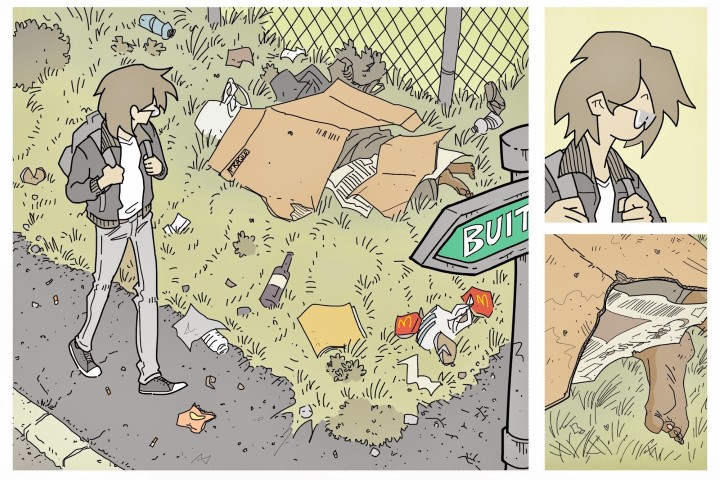 Any advice for folks starting off in comic book creation?

Start small. Don't begin with an epic space-war-adventure story with chicks and robots if you have only drawn a couple of wonky Manga characters with pencil in the back of your schoolbook.

Do a single page, self-contained story, inked with letters and all and show that to your friends. Then try a five page story and post it online. And please note I'm saying "story", not five pages of action and gunfights. If you don't have a story you have nothing but a series of random drawings. Then go for 10 pages and so on, till you can finish a 30-page comic, with a self-contained story that you can print and sell at Free Comic Book Day. If you're okay with all the hours and making no money, you can go do your space adventure!

Lastly, talk to people in the industry. Send me or anyone whose art you like, a message on Facebook. Go to ChrisOatley.com and listen to all the podcasts, especially the ones about comics. There are great resources out there, so use them. 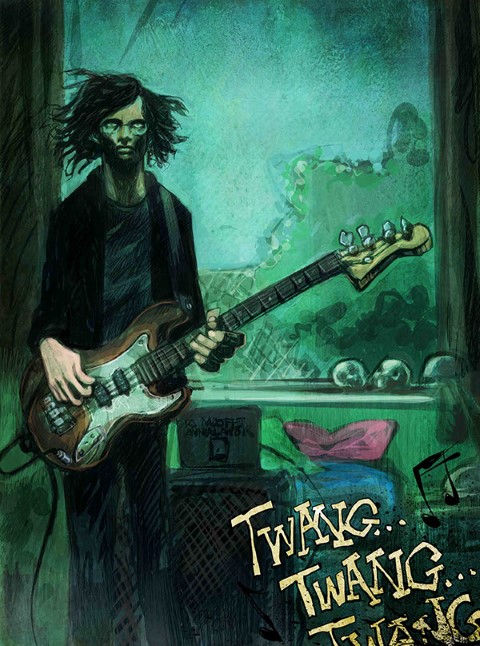 Where can people find more of your work?

I have a blog thing too for more details: http://willemsamuel.blogspot.co.uk although my Instagram account is currently where I'm the most active. Feel free to send me a message or ask me anything! 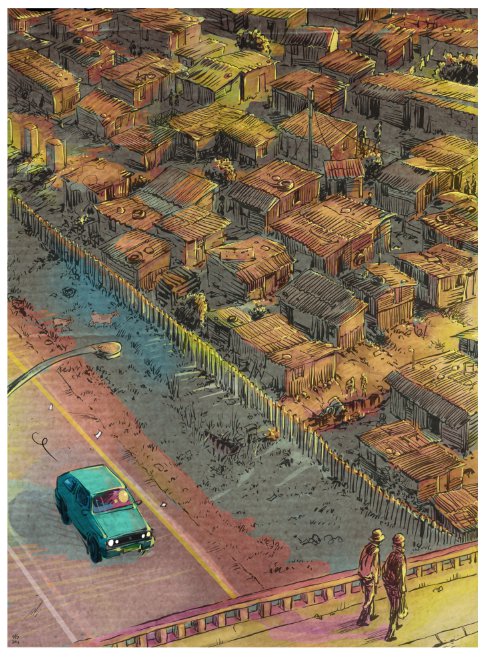 All images courtesy of Willem Samuel.