The Game Developers: Peter Cardwell-Gardner, Made With Monster Love

One of our lucky finds of the past rAge Expo, was stumbling across a locally developed game called Cadence. Not a regular FPS or action title, Cadence is, well, different. We talked to the Monster-in-chief at indy game studio, Made With Monster Love, Peter Cardwell-Gardner about the inspiration behind Cadence, working with a Kickstart campaign, and the benefits of the Swedish countryside.


How did you come up with the idea for the game?
I was working on a couple of games that were going absolutely nowhere, but from that mess was born the mechanic I used in a minimalist-themed game jam (build a game in 48 hrs). That clicked really well and came to be known as Cadence.

The addition of music was a happy accident. I added some tones to make the game feel more "zen-like," and then noticed how the melody was changing based on your solutions. That led us down this crazy rabbit hole of a game that could make music.

How many people are working on the project?
Two, with myself on the code and sound design, and Rodain Joubert helping with game design and puzzles.

On your website, you've pondered this: Is Cadence still a game, or a music making tool?
At the end of this journey, if I find out that a kid somewhere got into making music because of playing Cadence, then that's a job well done. But I think it's important that Cadence is still first and foremost a game, because people know when you're trying to force an agenda upon them. But if you give them the tools and step back, you get insane explosions like Minecraft happening.

What are the musical influences behind Cadence?
Before becoming a programmer, I worked for several years as a sound engineer in a recording studio. It's a career I thought I'd left behind me, but those experiences shine through in Cadence, particularly understanding how professional software can be very intimidating and stifle creativity.

To Kickstart, or not to Kickstart?
Well of course we launched an unsuccessful Kickstarter earlier this year. Conceptually Kickstarter is still a good thing - you get the money you need to build the game and fans get to enjoy new experiences. But it all comes down to how good your marketing is. I think we did the best we could and it was brutal to realise that still wasn't good enough. We've learnt a lot though, and hopefully that will help us hit it out the park in future.

You were part of Stugan, a two month indie accelerator in the Swedish countryside. What's the main lessons you picked up from there?
Stugan was incredible, I learned two things that will be with me for the rest of my life. First, the distractions of modern life really do drain your creativity. Have a deep think about what that cellphone is actually bringing to your life. Secondly, having people you hang out with every day, even if you're doing simple stuff, is really important for your happiness.


What are the things that you know now that you wish you knew back when you started?
How long this would take. I naively assumed six months. I was so very, very wrong. So far it's 2.5 years and counting.


How far are you away from final release, and how can readers get involved?
We'll aiming for a release on Steam Early Access early next year, Jan or Feb. Eventually when we reach version v1.0 we will be releasing on iOS as well, but we have no idea how long that will take. 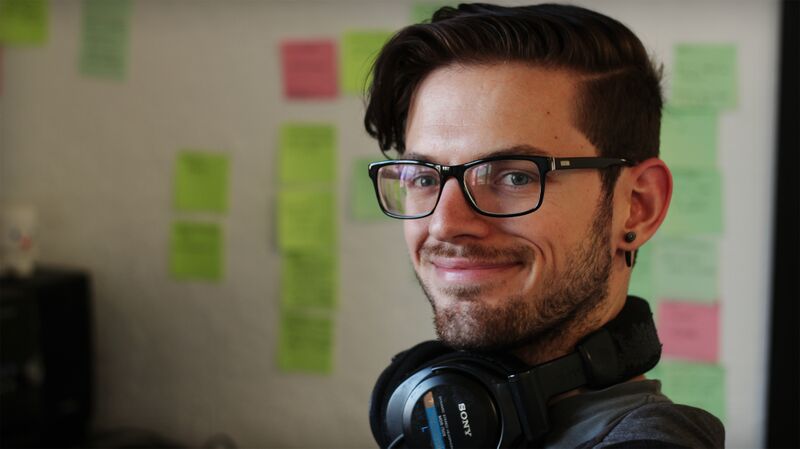