The Moto Z family is Motorola's interpretation of modular phones

One of the worst kept secrets in mobile over the last couple months, Motorola unveiled its new Moto Z family at Lenovo Tech World earlier today. The Moto Z did not make its debut alone however, with a number of Moto Mod add-ons also seeing the light of day. The Moto Z family has two distinct devices to offer, a standard Moto Z version and Moto Z Force. 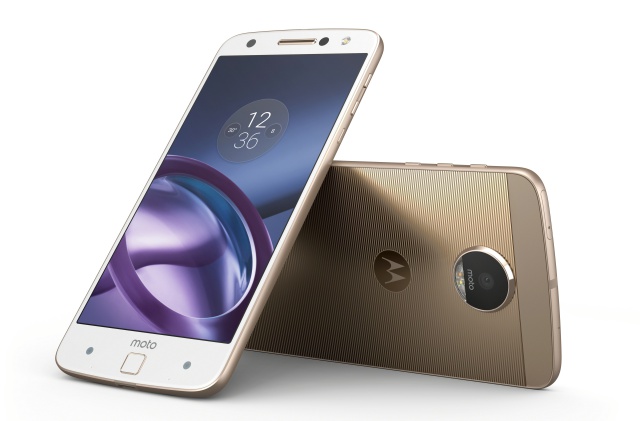 The former is a 5.5" smartphone that measures 5.2 mm thin, with Motorola christening it as the world's thinnest premium smartphone. The 5.5" display is QHD in nature and features Amoled powered technology behind, which means it should be quite bright. Underneath this is a Snapdragon 820 processor, but the number of cores is unknown. There's also 4 GB of RAM and 32 GB or 64 GB onboard storage options, with a microSD slot for up to an additional 2 TB.

Moving onto the Z Force, it features all the internal specifications as the standard Z, but packs a bit more in the energy department with a touted 40 hours of battery life (3500 mAh), according to Motorola, which is 10 more than the other offering. Added to this is a larger 21 MP camera (13 MP on the Moto Z) and Shattershield display protection that Lenovo says will ensure the phone does not crack when dropped. As for how high a drop it can take remains to be seen. 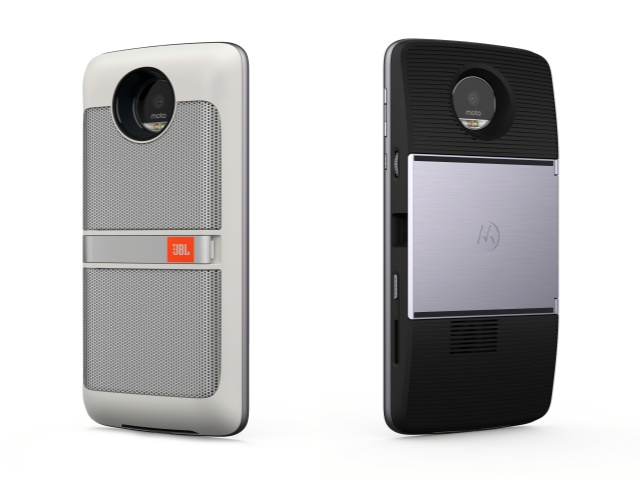 Now for the modular aspect of the Moto Z family. There are three Moto Mods on offer, which certainly draw some inspiration from the route LG took with its G5 friends. There is a JBL designed speaker called SoundBoost, an Insta-Share Projector which turns the Moto Z into a 70" movie projector, and Power Pack that adds a further 22 hours of battery life. All three mods simply attach and detach on the back of the Moto Z, with a series of magnetic pins located near the base of the device. As such, it looks a fair deal easier to use than LG's current way of doing things.

Motorola has also detailed plans to open up the Mod ecosystem to developers, with an eye to reveal more Moto Mods in coming months. As such, the likelihood of a camera mod arriving soon, is very high.

The Moto Z family will be globally released in September this year, but it's status locally at this stage is unknown. As is the pricing for the Moto Z family and Moto Mods.