Part of the reason why hot hatches hold such a soft spot for petrolheads, is their ability to deliver a more visceral experience that drivers can't get enough of. In their honour, we list the best hot hatches currently available.

The Fiesta ST may be the smaller brother to the Ford Focus, but it's certainly no red-headed stepchild, and deserves the utmost respect among all hot hatches on the market today. The reason for this is the Fiesta's strong pricing, which is listed at an estimated R240 000. This makes it relatively good value for money, given the high octane driving performance it can produce. When you add to this its exceptional build quality, the Ford Fiesta ST grows ever more enticing the longer one remains in it's presence. 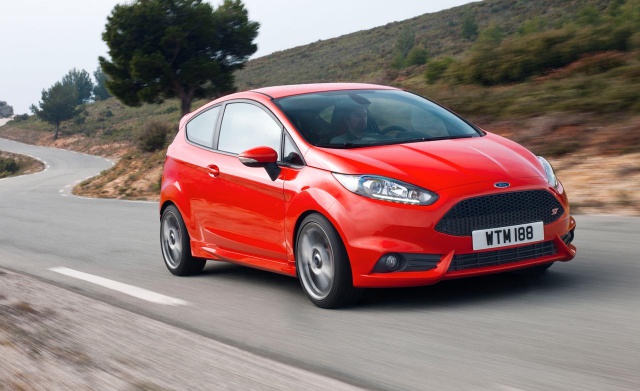 Perhaps viewed as a bit of an everyman's hatchback, the Fiesta ST's engine is far from pedestrian, fitted with a 1.6 litre 4 cylinder engine, tuned to produce 134 kW of power and 240 Nm of torque. Adding up to a vehicle capable of handling traffic during your morning commute, or racing between robots against pretentious coupés. The Fiesta ST also incorporates a host of standard features such as 17" alloy wheels, keyless smart entry and ST styling body kit to create a more muscular profile to the normal Fiesta model. All things considered, the Fiesta ST gives plenty of bang for your buck and extremely worthy of its hot hatch moniker. 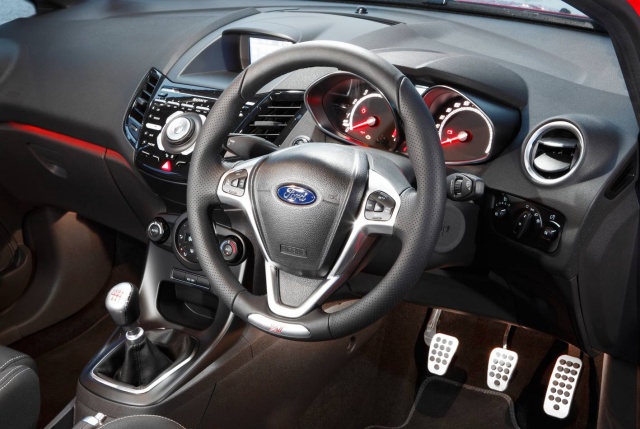 French cars have always carried the dubious reputation of being more style than substance, but in our opinion, the Renault Clio RS 200 has pretty much changed all that. It only takes a moment's glance to appreciate the Clio radically re-styled looks, favouring a sleeker silhouette compared to the bubbled curves of previous years. This is particularly evident in its sloping bonnet, with a distinctly shaped grille that features the French manufacturer's iconic logo. If the Clio RS 200's design tickles your fancy, it will cost an estimated R295 000 and R315 000 for the Lux and Cup car models respectively. 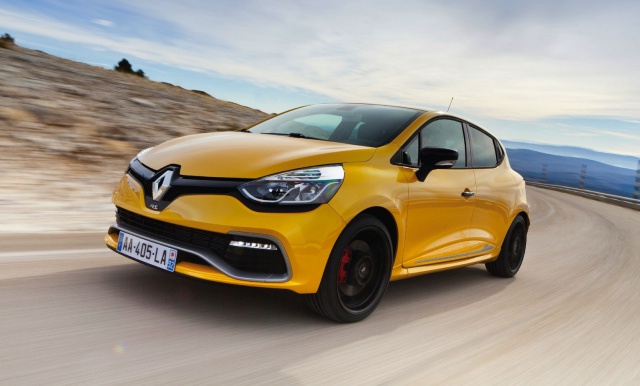 If we delve a bit deeper, we find a four-cylinder 1.6 litre engine that develops 147 kW and 240 Nm of torque, placing it in the higher regions of the hot hatch power spectrum. These factors add up to a vehicle that registers a 0-100 km/h time of 6.7 seconds, which means it can go toe-to-toe with the vast majority of cars on the road today. Renault has also fitted the Clio with a specialised RS button which adjusts the transmission by modifying the gear shift programming and timing, pedal response and engine pitch. Va Va Voom indeed.

We first profiled the Audi S1 Sportback in this year's March issue, and since then it has been able to charm us even further, especially given the fact that Audi's A1 model does not necessarily inspire thoughts of speed and power. The key reason for the difference between the models, lies with the Quattro and S-Line styling influences littered throughout the S1 Sportback's design. This leads to a more athletic looking silhouette, which is echoed by the unique rear spoiler and quad-exhaust setup that the Sportback touts. 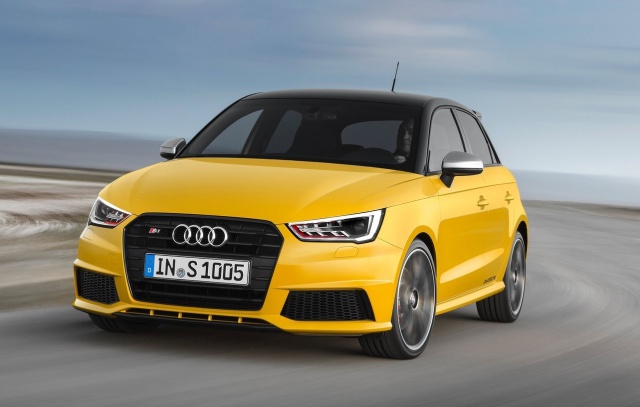 The S1 Sportback also features substantial bite to match its bark, with the same 4-cylinder engine setup as the other hatchbacks on this list, the key difference being that Audi's version produces 170 kW and 370 Nm of torque. Added to the Sportback's Quattro all-wheel drive system, it boasts a staggering 0-100 km/h time of 5.6 seconds, placing it head and shoulders above similarly specced and sized hatchbacks. Apart from its expertly tuned engine, the S1 Sportback also incorporates a dedicated navigation system, Bose audio setup and Wi-Fi hotspot capacity as standard. The one mark against it though is its price tag, listed at roughly R350 000. 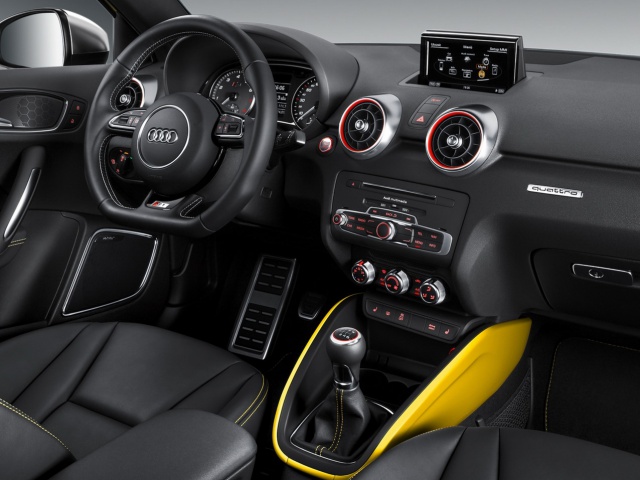 Another French car manufacturer makes the Top 6 grade, in the form of Peugeot, a well-known name in the world of hot hatches, which has faltered in past years. Now the newly designed version of its 208 GTi is looking to reclaim some ground on the likes of the Fiesta ST and Renault Clio RS, which have gained a distinct advantage over it recently. In terms of styling, the 208 GTi is not a far departure from the shape we've come to expect from Peugeot's previous iterations. Instead the company's focus seems fixed on the car's performance and in-cabin experience over the radically styled hatchbacks like the Citroën DS3. 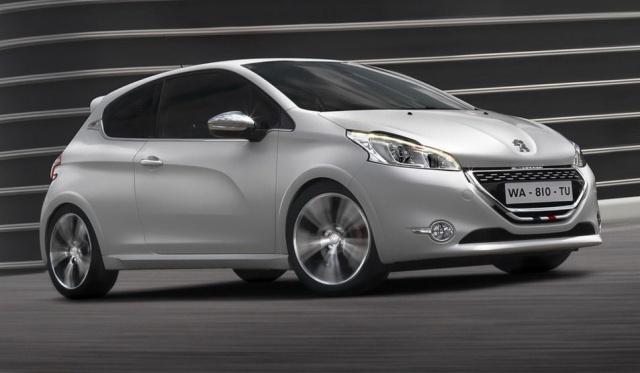 As with most of its hot hatch counterparts, the Peugeot 208 GTi has a 1.6 litre turbocharged four-cylinder engine, which comes courtesy of BMW and produces 147 kW of power. It's also rather quick, clocking a 0-100 km/h time of 6.8 seconds, placing it on a relative par with the Ford Fiesta ST. Compared to the ST, the 208 GTi is more expense, with a price tag of R300 000, which affords users interior leather trim, dual-zone climate control and Recaro racing seats as standard, as well as digital instrument cluster. For drivers seeking a slightly more luxurious hot hatch to roll around the city in, the Peugeot 208 GTi may be right up their alley. 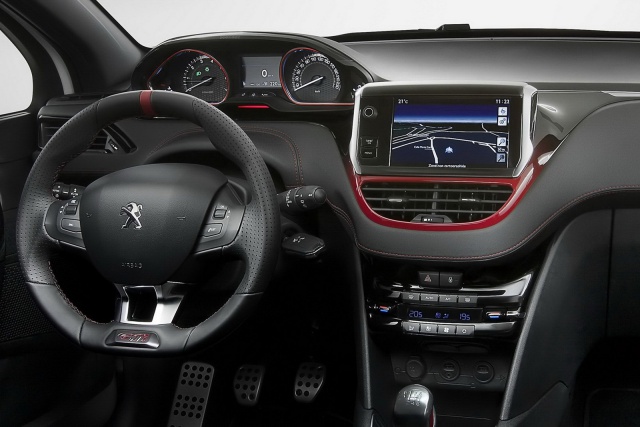 Over the past few years, the BMW 1-Series has slowly become the go-to choice as far as high-end hot hatchbacks go, and the M135i model typifies that. Out of all the hot hatchbacks featured on this list, the M135i is the second most powerful, by virtue of its M Performance TwinPower Technology which assists the six-cylinder engine to produce a mammoth 235 kW of power and 450 Nm of torque. As expected, this results in a 0-100 km/h time of 5.1 seconds, which edges it very close to supercar territory and imbues its driver with a certain level of confidence. 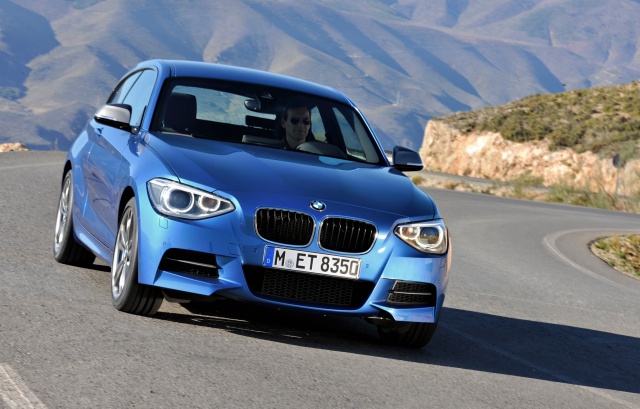 As a product of BMW's M Power high performance division, the M135i features a customised cooling system, engine sound tuning, newly designed six-speed transmission and M Power suspension for improved handling under tight turns. There are also a host of M emblem flourishes throughout the M135i, including the brake pads, interior side skirtings and engine itself. All these premium additions do come at a price though, with a R520 000 price tag that requires a bit of a double take. For this reason, the M135i is best limited to those with the means and intense passion for hot hatchbacks. 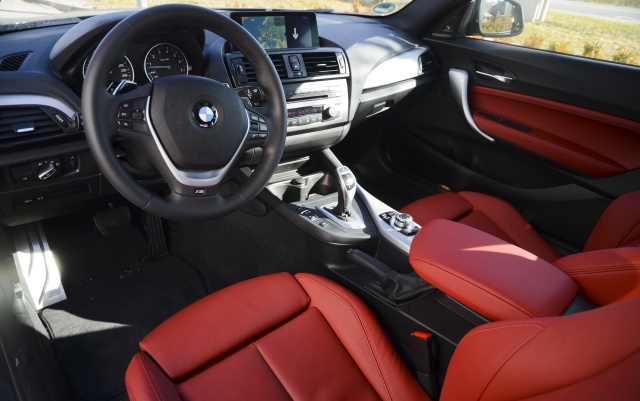 Since its release, the A45 AMG from Mercedes-Benz has garnered rave reviews for its intoxicating combination of raw speed, unbridled power and exceptional build quality. When it first debuted, the A45 AMG took many by surprise, as the realm of hot hatchbacks was something that Mercedes-Benz never truly ventured in before. However, with this latest addition to its AMG stable, the Stuttgart-based manufacturer has made quite the impression. 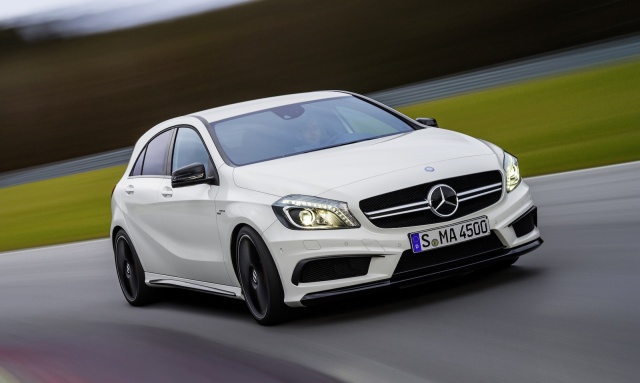 This is principally encapsulated in the A45's AMG tuned 2.0 litre turbocharged engine, which is calibrated to emit 265 kW of power, 450 Nm of torque and reach 100 km/h in 4.6 seconds. According to Mercedes, this engine is the most powerful series production four-cylinder engine in the world, giving it a better kW to litre ratio than the Bugatti Veyron (92 kW). As one might expect, means the A45 AMG also carries a hefty price tag of R550 000, so interested buyers will have to check more than their sofas for loose change. 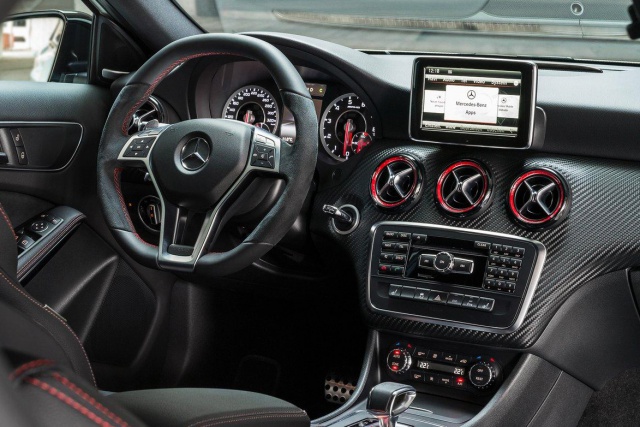