At the recent Travelport Live conference held in Cape Town, one of the main topics was the influence that technology is having on all industries. Unpacking this in great detail was Mike Croucher, the chief architect for Travelport.

He pointed out that according to the World Economic Forum, the fourth industrial revolution is, “affecting the very essence of our human experience and transforming the business models of each and every industry.” More particularly, it is technologies that are enabling this digital transformation, that of the Internet of Things, artificial intelligence (AI), mobile, big data and the hybrid cloud.

While each of these technologies can be explored in great depth on their own, it’s really the impact they have that is the most exciting part of their development. A prime example of this is autonomous vehicles with electric motors, guided by machine learning and AI.

“Think for a moment what that will mean to society, where AI could reach a point where self driving cars reduce road related accidents, 90% of which are caused by human error. Also consider what the use of electrical motors would mean to major corporations who have spent huge sums of money on designing the diesel engine, and the workforce that caters to that industry,” he posited.

As well, these emerging technologies and their use is being complemented by a marked change in people’s behaviour, and priorities are changing dramatically as well.

For example, Croucher continued, the allure of having to own a car as a status symbol, that sits in a garage for most of the time, has given way to more value being place on having meaningful, inspiring experiences.

After all, why spend large chunks of one’s income on paying off a car if there is readily available access to transportation as and when it is needed? 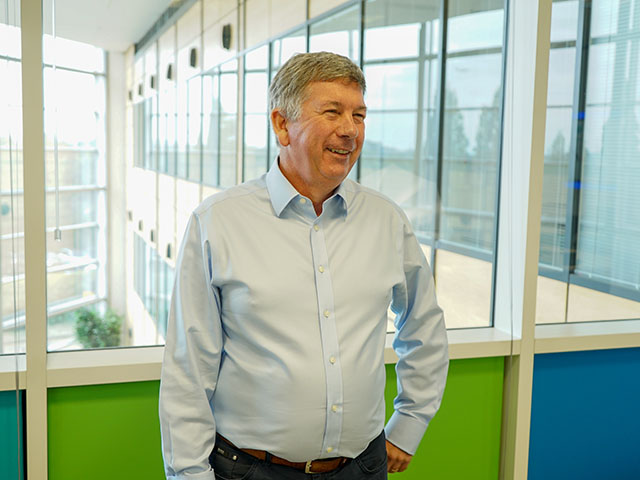 The change in value of owning one’s own car, too could have a marked impact on cities. He elaborated that the removal of asset ownership and the old system of moderating traffic flow that was designed to cater to people driving their cars, could see the need for traffic lights being removed. This in turn could free up space for cities to be made greener.

As well, it could also enable the middle class to use their disposal income to pursue what really matters to them, the aforementioned inspiring experiences. And it here where travel and tourism apparently has a significant role to play, as travel becomes less about getting from point A to point B and more about how the traveller’s experience enriches their lives.

Now admittedly, if you are not in the travel industry itself, you could ask why should you care? And it was Herman Warren, the network director for Africa from the Economist Corporate Network (ECN), who answered that question in terrific detail, explaining the economic landscape of South Africa and other countries in the world.

In a nutshell, a poor economic outlook in the country affects everyone, and South Africa, along with Brazil, are the two emerging markets that are showing signs of being beset by a crisis, as both countries’ spending outweigh their income. And then there are forces that happen on the international stage that could well have impact on the global economy, such as a bilateral trade war between the United States and China that escalates to a worldwide trade war.

And yet, it is travel and tourism that could go a long way to at least improving the fortune of this country  - and therefore, businesses operating in it and all people who call South Africa home. Indeed, given the exchange rate, South Africa should be a prime destination for those who could take advantage of the pound and dollar. Unfortunately, it’s not quite that simple, as world events also mitigate that potential.

Warren elaborated that, for example, all the uncertainty about Brexit and their pensions may compel British tourists to opt for destinations that are closer to home rather than spend their money on visiting these shores. Yet another global risk to watch out for is oil supply shortages, which could lead to a damaging oil price spike that affects all nations.

With these risks though, there are also opportunities, as Warren noted that China has growing trade and investment ties with Africa, and South Africa’s number one trading partner is China. The good news on that front is that there has been a tremendous increase in Chinese tourism, but South Africa still has a good amount of work to do to market itself as a prime tourism destination to attract those visitors.

The good news is that it is with the smarter use of technology by the tourism and travel industry that this hope could be realised.