When Tron: Legacy debuted in 2010, it didn't do as well as expected. That fact is a little puzzling though, as it had all the ingredients to become a box office smash. 80s film nostalgia, cutting edge tech, Daft Punk soundtrack, Jeff Bridges and Olivia Wilde.

Maybe that's why this lightcycle replica has taken more than four years to hit the market. Nevertheless, this working replica will be sold at a Sotheby's auction in Austin, Texas during May this year. It was designed in 2011, and was originally meant to join the Andrews Collection as a one of kind showpiece, but they have decided to sell it instead. Bidding is expected to start in the $25 000 to $40 000 range, with any and all geeks salivating to get their hands on it. 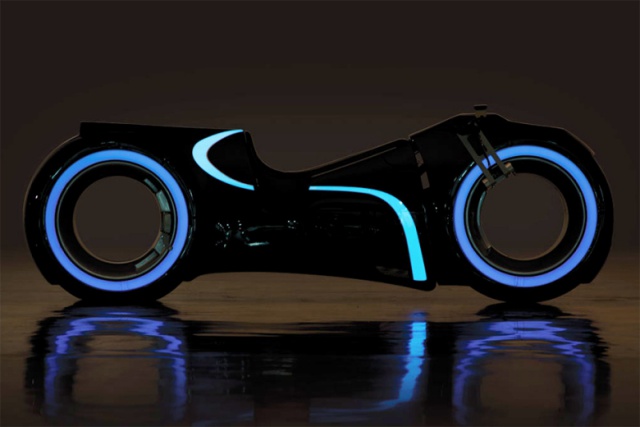 According to the Sotheby's listing, it has only been ridden a handful of times around the Andrews' facility, and features a 96 V direct injection electric motor. It is also supported by a number of lithium-ion battery packs, powering not only the lightcycle itself, but also its iconic neon strip. Although the top speed and 0-100 km/h time is unknown, we expect this lightcycle to be more of a visual than physical thrill.