In a big leap forward for transparency, Twitter will now disclose the sources behind advertising campaigns, including for political and issue-based ads. Both Twitter and Facebook have come under fire for interference from Russia during the 2016 US Election, with the microblogging platform disclosing that 201 Russia-linked accounts have been found spreading misinformation.

Twitter’s new Advertising Transparency Center will launch in the coming weeks and was announced by Bruce Falck, Twitter’s general manager for revenue product and engineering. The Center will be used to display all ads currently running on the platform, how long these have been going and the creative (images, etc) associated with it. Importantly, users will also be able to view those ads that are targeted specifically at them, with the personalised information used to direct advertising also available.

Regarding electioneering ads that are promoting a specific candidate or party, these will have to be identified as such, with the look and feel of the ads also adapted for easy identification. Who the candidate or party is promoted by will have to be disclosed, and so too the amount of money spent on the campaign and the targeting demographics selected. In order for quicker response from Twitter regarding inappropriate advertising, Twitter users will be able to report ads and provide feedback on campaigns. 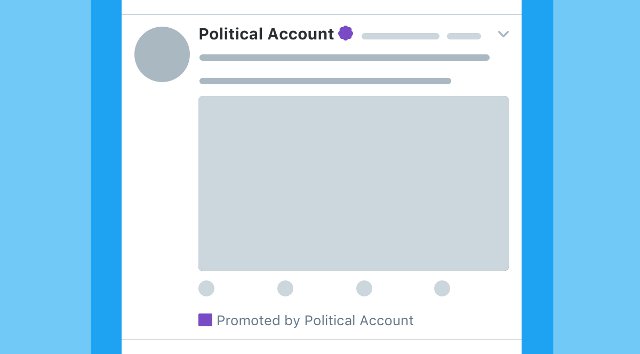 Falck states that the updates will first apply to the States, with the company then rolling it out to globally. With the election coming up in South Africa in 2019, this type of transparency should arrive just in time. Hopefully Facebook will do the same.