It’s currently a very good time to be a comic book fan, especially if you are following what is happening on Humble Bundle. The pay-what-you-want site currently has two comic book specials running, meaning loads of comics for very good prices. 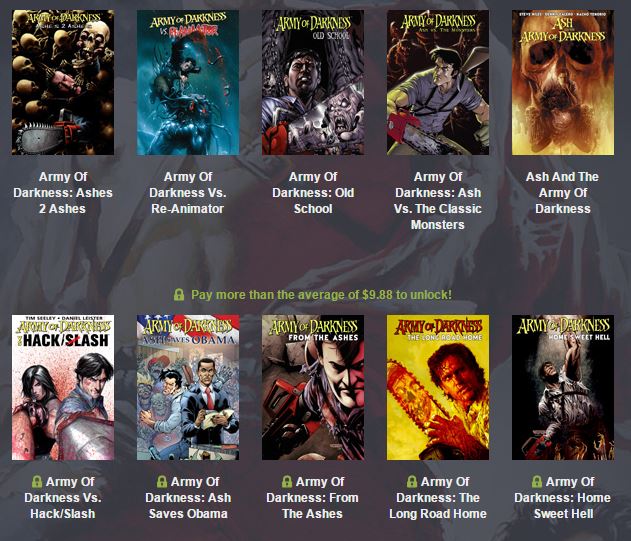 The one that has us dropping shekels like it’s a dope beat, and not just because it’s Halloween, is the Army of Darkness bundle. If you are a fan of Ash, you know that the recent TV series (on Starz) is getting damn fine reviews (trailer below), so this is as good a time as any to pick up the adventures of Ash as featured in Dynamite’s comic series.

If you opt to pay-what-you-want you get five titles, including Ash and The Army of Darkness and Army of Darkness vs Re-Animator. Pay more than the average, currently $9.88, and bag yourself Ash gets Hitched, Ash Saves Obama (yes, you read that right), plus more, some of which have not been announced yet.

Cough up $15 or more and you can add five more to your collection, including Ash in Space and The Army of Darkness movie adaptation, all DRM free. 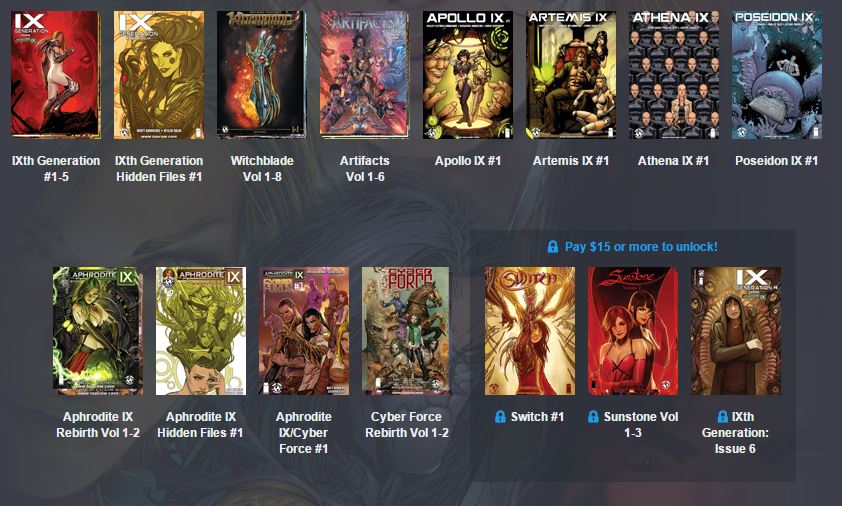 The other comic bundle running is called the Udderly Gigantic Collection, featuring loads of titles from Top Cow Productions, Inc. This one truly has a lot to offer, in fact the whole bundle is worth $786, with the stand-out titles on the pay-what-you-want side being Witchblade Vol 1-8 and Artifacts Vol 1-6. The average stands at $11.06, for which fans of video games will like The Darkness Origins Vol 1-4, also including Freshman Vol 1-2 and Midnight Nation Vol 1. If you have $15 to spare you’ll also get Switch #1, Sunstone Vol 1-3 and IXth Generation, Issue 6.