One of our favourite, underrated portable consoles is receiving some love, as two new mega packs have been announced for the PS Vita.

For those foreign to the concept, a Mega Pack bundles together a number of games with an 8 GB memory card, and a PlayStation Store voucher code so you can download all the games in the pack.  A secondary configuration, includes the portable console in the deal as well.

The first of the mega packs, slated for release in September, is clearly aimed at action/adventure players. To that end, it includes the excellent Uncharted: Golden Abyss, which sees Nathan Drake pursuing the mystery behind a Spanish expedition and the innovative, endearing Tearaway, in which you need to guide a paper messenger through a fully paper-crafted world. 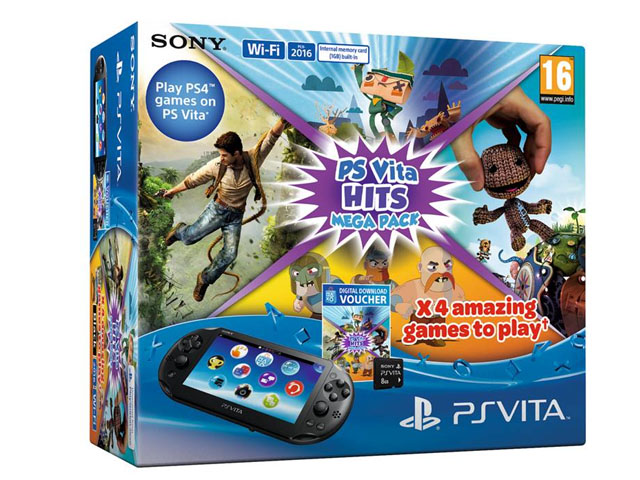 Also on board is Little Big Planet PS Vita and the frantic arcade bash-em-up When Vikings Attack, in which players are tasked with defending the towns of Britain from an invasion of Vikings in this frantically funny arcade bash-em-up.

The second mega pack, which has October in its sights, focuses entirely on LEGO, bundling together LEGO Batman 3: Beyond Gotham, The LEGO Movie Videogame and LEGO The Hobbit. Alas, no local pricing has been revealed as yet, although this will likely change closer to the time.