"It's never been a better time to make the move to an Xbox One from the Xbox 360." That's the mantra from Xbox's E3 event last night, as Microsoft unveiled the largest batch of games that it has in quite some time.

As such, the event itself was quite frenetic with game developer's given next to no time in order to showcase their latest efforts. There was however five instances throughout the one and half hour long presentation that stood out, as Microsoft placed all its cards on the table. 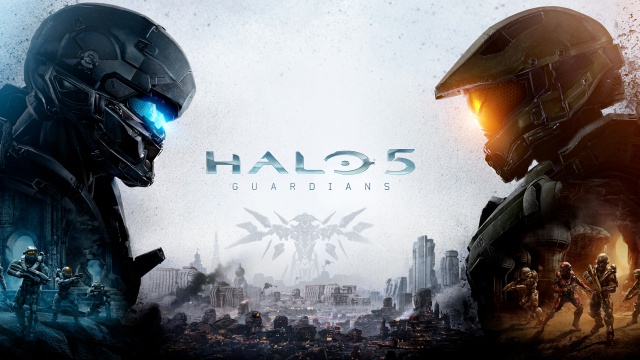 One of the five in question is Halo 5: Guardians, which opened up the show, with developers 343 Industries putting up several minutes of in-game footage for E3 attendees to fawn over. Although the Halo franchise requires more than one paragraph to accurately describe, there are two main aspects that Xbox One gamers should be aware of.

The first is that Halo 5: Guardians will allow gamers to control two spartan units, with each one led by Master Chief and Spartan Locke respectively. With what looks like an immersive story mode, Halo 5 should keep the Master Chief lore churning along quite nicely. Halo's bread and butter however, is multiplayer, which brings us to a new mode named Warzone. To better illuminate the new features of Warzone, 343 Industries released a video (features below), with each multiplayer arena now built around securing three different objectives on the map.

After Halo 5 thrilled E3 attendees, Microsoft wanted to show that it's not solely focused on big name titles. To that end, Xbox's Independent Developer program (ID@Xbox) unveiled a bevy of indie games for Xbox users to look forward to. Xbox in fact claims that more than 1000 developers are currently within the ID@Xbox portfolio, all of which are said to be hard at work to bring their titles to the Xbox One.

There were a number of indie games that debuted trailers at Xbox's E3 event, but one in particular stood out, titled Cuphead. Designed by a sibling team at Studio MDHR, Cuphead was inspired by 1930s era cartoons, and is easily one of the more interesting games we've seen at E3 so far. The game in fact showcased a teaser at E3 2014, but this year saw a full blown trailer make an appearance. Along with being uniquely styled, the premise is equally distinctive, as Cuphead and Mug Man make a deal with the Devil and lose. As a result, the pair are forced to do his bidding, which means lots of run and gun action for us gamers.

Being a Microsoft event at its core, last night saw several mentions of the impending Windows 10 OS. The one announcement that was most intriguing however, is the integration of Windows 10's Hololens system as a gaming tool. Microsoft in fact showcased Hololens' potential with the wildly popular Minecraft series. They also treated the E3 audience to the same viewing experience as an actual Hololens wearer, with the added ability the holographic headset can bring to the fore. This includes the ability to interact with the Minecraft world through touch and voice. If such an experience interests you, Microsoft says that greater detail will be revealed at MineCon in July.

Also on the list of notable event news, and suitably closing out Xbox's E3 presentation, was Gears of War 4. The game announcement was accompanied by several minutes of in-game footage, as well as release date slated for Q4 2016. Still a far way off, Xbox also announced the impending release of a Gears of War Ultimate Edition to tide gamers over till then. This collection of Gears of War titles will serve as a great refresher before Gears of War 4 officially arrives, and will also be optimised for the Xbox One console.

Gears of War 4 (trailer below), will see the arrival of a new protagonist, who remains unnamed for now. The trailer however sees him, along with a female compatriot hunting down an elusive Locust enemy along the rooftops of a ruined building. As Gears of War was a game that truly helped differentiate the Xbox 360 from its rivals, based on the trailer unveiled yesterday, Gears of War 4 could do the same for the Xbox One.

Although it did not receive a glossy new trailer to drool over, one of the biggest announcements on the night was the addition of backwards compatibility for the Xbox One. It was one feature that Xbox gamers were baying for, and thankfully Microsoft seems to have heard the calls. Xbox's Phil Spencer confirmed last night a handful of Xbox 360 games will be available now for purchase and download.

Included in the initial preview for backwards compatibility are Mass Effect, Banjo-Kazooie and Perfect Dark, with Microsoft stating that more titles will be on the way by the year's end. It may be taking a bit of time to port all the titles over to the Xbox One, but it does give this next-gen console a foot up on its Japanese rival.