Dell Technologies, the world’s largest privately-controlled technology company, has celebrated the first anniversary of its formation through the historic merger of Dell and EMC.

The Dell Technologies family of businesses includes Dell, Dell EMC, Pivotal, RSA, SecureWorks, Virtustream and VMware. It stands as a $74 billion market leader with the industry’s most expansive portfolio from the edge to the data center to the cloud.

In its inaugural year, the company formed a unified Dell and Dell EMC salesforce and created a $35 billion Dell Technologies channel and global channel program that added 10,000 new business customers to the Dell EMC portfolio. In addition Dell EMC experienced explosive revenue growth (nearly double historical rates) in underpenetrated accounts in the first half of 2017, fueled by cross-selling of server, storage, client and converged infrastructure solutions.

Dell Technologies accomplished these milestone achievements while rapidly paying down approximately $9.5 billion in debt, quickly completing three major business divestitures and continuing to invest aggressively in the most innovative technologies for customers. As evidence of early traction, a new independent IDC survey reveals that 91% of customers surveyed worldwide believe Dell and EMC have delivered on the promises made to them ahead of the merger.

Dell Technologies is further  announcing that GE, the world’s largest digital industrial company, has signed a multi-year commitment to use Dell Inc. infrastructure and end-user computing solutions to support GE’s ongoing digital transformation efforts. Under the agreement, Dell Inc. becomes the primary IT infrastructure supplier for GE. The deal is one of the largest non-government contracts in Dell Technologies, Dell or EMC history.

Dell Technologies is also releasing its Annual Report to Customers, demonstrating how the company has helped customers in the past year to achieve their peak potential in the digital future. 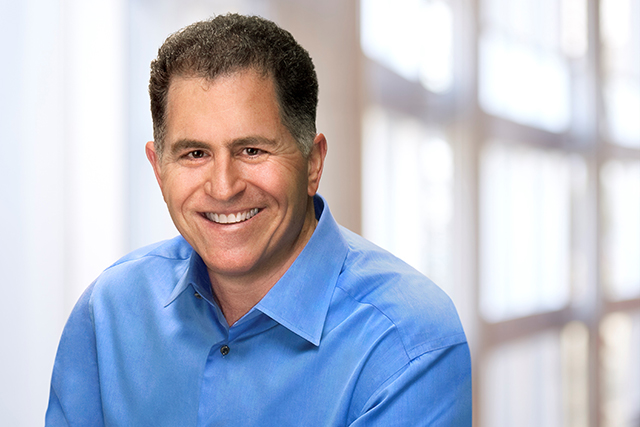 INVESTMENTS – Dell Technologies continued investing $4.5 billion in R&D annually. It invested an additional $100 million in innovative startups focused on future tech areas like artificial intelligence, machine learning, Internet of Things, genomics and others through Dell Technologies Capital. Since the close of the merger, the company has committed to invest almost $1 billion incrementally in its people, go-to-market strategy and technology for key growth areas.

MARKET LEADERSHIP – Dell EMC PowerEdge servers overtook the closest competitor to become the world’s No. 1 bestselling x86 server based on units shipped, and Dell EMC stood as the No. 1 converged systems provider. Dell’s PC market share continued to rise, with 18 consecutive quarters of year-over-year PC market share gains Dell also led as No. 1 in worldwide workstation shipments and No. 1 worldwide monitor shipments. Dell EMC retained the No. 1 position in All-Flash storage for the 12th consecutive quarter.

SOCIAL RESPONSIBILITY – Customers and employees value Dell Technologies’ commitment to people and the planet we share, which has never been stronger. Dell has been named to Fortune’s Change the World List, was recently recognized as one of DiversityInc’s Top 50 Companies for Diversity & Inclusion, and provided 2.3 million youth with better access to technology through grants and partnerships. In sustainability, the company diverted 99% of manufacturing waste from landfills, helped customers save $380 million in electricity costs by improving product energy efficiency, created the first commercial-scale global ocean plastics supply chain and committed to turning 16 000 lbs. of ocean-bound plastic into product packaging. Dell and Dell EMC spent a combined $4.9 billion on materials and services with certified women or minority-owned suppliers and small businesses.

ACCELERATED INNOVATION – The company continued to develop and bring to market new and improved enterprise products across the portfolio,

“We set the bar high and exceeded our own expectations,” said Michael Dell, chairman and chief executive officer of Dell Technologies. “We’ve made enormous strides this past year in serving the needs of our customers, from governments to fast-growing small businesses to many of the world’s largest enterprises who call Dell Technologies their most strategic IT partner. And we’re just getting started,” he concluded. 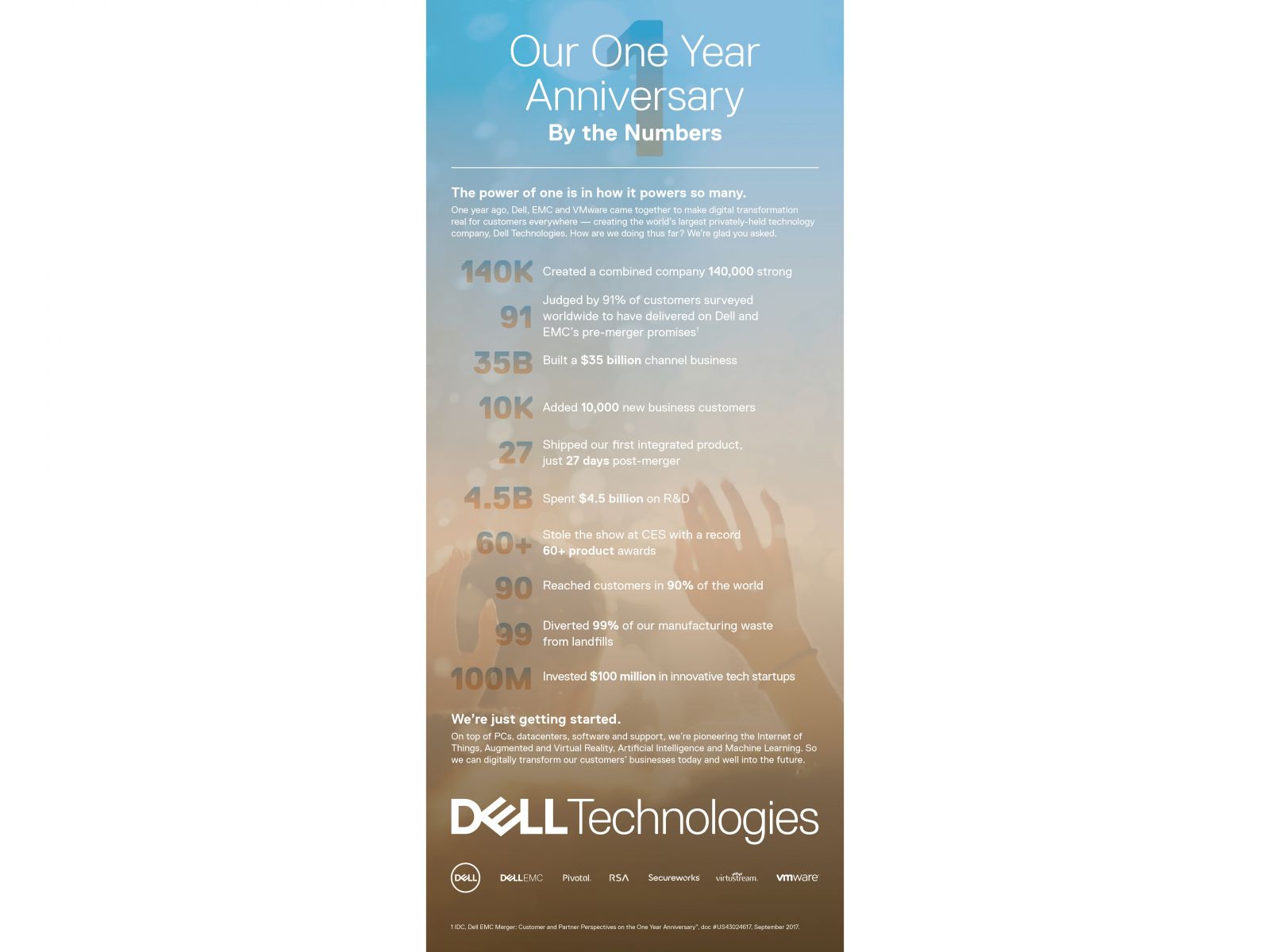