How does your Salary compare with Albert Einstein's Pay?

How does your salary compare to some of the world’s most famous scientists? Popular job search site Adzuna calculated the inflation-adjusted salaries for Einstein, Curie and nine other well-known scientific figures. The results suggest that Isaac Newton should have asked for a raise.

Jesse Green, Country Manager for Adzuna in South Africa, said that: “It’s worth bearing in mind that these reported salaries come from different stages in the scientists’ careers. Einstein’s genius was well-established when he arrived at Princeton University, for example, while Newton was almost 20 years away from publishing his theory on gravity. And of course, while it’s interesting to compare the salaries of some of history’s great scientists, stating how much money from the 17th century is worth in the 21st century has its problems.”

While comparing salaries from different time periods has its challenges, it is worth noting that some scientists earned far more than others, as well as a divide between the wages of men and women. In Einstein’s case, he had the added advantage of already being famous by the time he arrived at Princeton University in 1933. They had suggested a salary of $3,000, but the university didn’t want other scholars being paid more than Einstein, and increased the salary to $10,000.

Some of them certainly deserved a raise. Marie’s research on radium was conducted without a salary, but in 1904, as Chief of Work in Physics at the University of Paris, she was given a salary of 2,400 old Francs. Within two years she was promoted to Chief of Research Work and earning 10,000 old Francs.

Regardless of the time and career differences, this insight is a bright highlight to the fact that knowledge and skills are not the only factors impacting salary level in any part of the world, including South Africa. 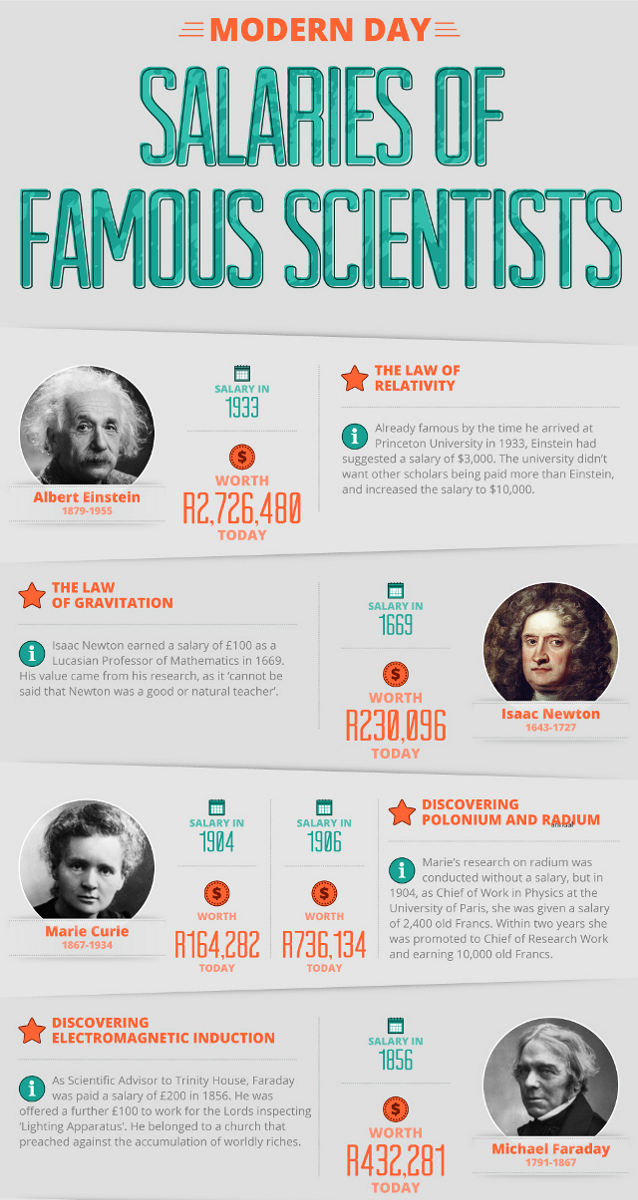 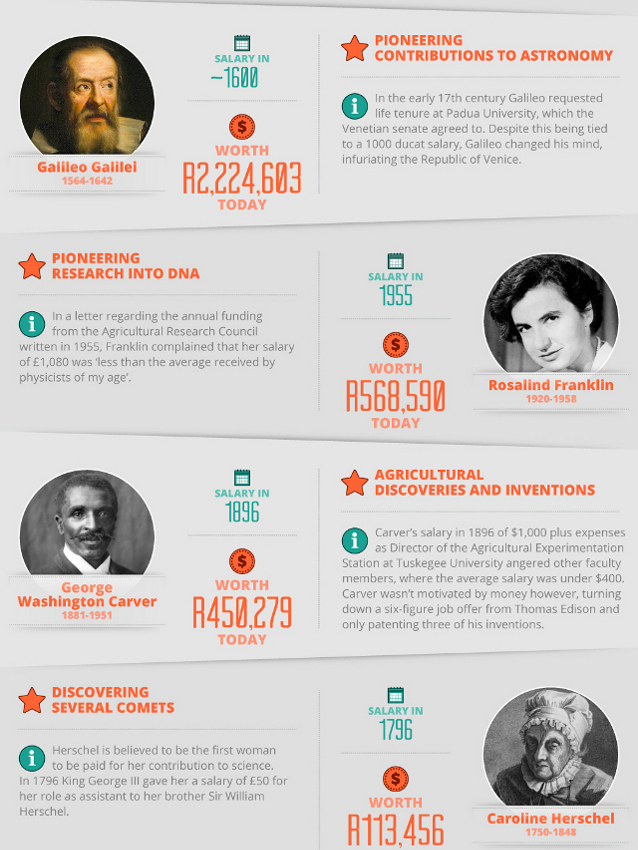 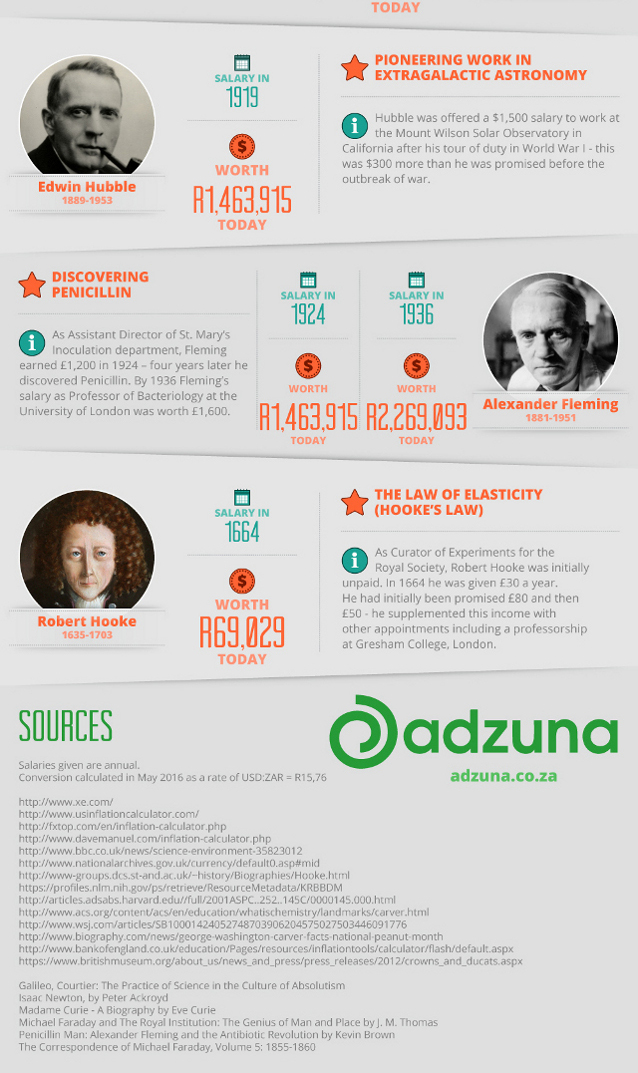