It is good news for PC gamers, as Valve has launched its latest Steam sale, which sees games on the digital distribution client being discounted by up to 85% of their normal price.

The ‘summer’ sale, if you are living in the northern hemisphere, will see new deals being offered every eight hours until the 22nd of July. Current deals include Portal 2, Total War: Shogun 2, Legend of Grimrock, Might and Magic Heroes VI, and Call of Duty: Modern Warfare 3. All of these have been discounted between 50% and 75% of their normal price.

Discounted games have further been organised by top sellers according to their price with top games under $10, top titles under $5 and new releases available. Some of the titles include Skyrim, Left for Dead 2, Rayman Origins and Saints Row: The Third.

In short, the Steam sale is an excellent time to splurge, and pick up some very good bargains to last through the current slower period of the year with regards to new releases.

Bioware has lifted the lid on what its incoming ‘Earth’ downloadable content (DLC) will be bringing to Mass Effect 3 when it becomes available next week.

The content, which will be free, appears to be concentrated on the multiplayer experience, as it will include three new maps, which task players with defending Firebase Rio, Firebase Vancouver and Firebase London.

Additionally, according to GameInformer, it will further bring a variety of new playable N7 characters, including the N7 Demolisher Engineer, N7 Destroyer Soldier, N7 Fury Adept, N7 Sentinel Paladin, N7 Shadow Infiltrator and N7 Slayer Vanguard, while weapons such as the N7 Piranha Shotgun, N7 Typhoon Assault Rifle and Acolyte Pistol will be on offer.

The new DLC follows on from last month’s Extended Cut DLC, which was similarly free, just in case you needed yet another reason to revisit the Mass Effect universe. The Expendables 2 exploding onto gaming platforms next month

One movie we are all itching to see this year is The Expendables 2, as it will feature virtually every action star since the dawn of time. Who needs a coherent plot and stellar acting, when you have the likes of Sylvester Stallone, Bruce Willis, Jason Statham, Arnold Schwarzenegger, Jean-Claude Van Damme, Jet Li, UFC legend Randy Couture, Dolph Lundgren and most importantly, Chuck Norris, kicking butt on screen?

Ubisoft is releasing a game based on this movie for PC, Xbox 360 (via Xbox LIVE) and PS3 (by way of the PlayStation Network) in August. In the game, players get to fill the army boots of four of their favourite stars from the movie (Barney, Gunner, Caesar and Yin Yang), who are hired to rescue a kidnapped Chinese billionaire. Check out the action packed trailer posted below.

The trailer showcases what players can expect from the game when it launches in September; as features on offer include three playable heroes and a co-operative mode.

The standard fare of classes for fantasy can be found, namely that of a warrior, sorcerer and rogue, while the story pits you as ‘being in the wrong place at the wrong time, while an unknown threat is arising’, amid a world in which the four Kingdoms of Men, Elves and Dwarves lies in ruins.

One notable and interesting feature though, is the special ‘incarnation’ ability, which allows one to momentarily take control of the game's most powerful monsters and use their size and attacks to one’s advantage.

From the trailer the game certainly looks very good, as its top down isometric review seems to boast a good variety of detailed environments to travel through and some fast and fluid gameplay. For more, you know what to do to the trailer below.
Trophy support added to Metal Gear Solid 4: Guns of the Patriot

Konami has declassified some info regarding forthcoming DLC for its Metal Gear Solid 4: Guns of the Patriots title for PlayStation 3. This free download will be released in August of this year in celebration of the Metal Gear franchises’ 25th anniversary.

Kojima Productions is adding 34 new trophies to the game, providing fans with a variety of new challenges to tackle while taking on Guns of the Patriots one more time. MSG4 concludes Solid Snake’s journey, with the ageing stealth operative being drawn into one final mission to stop a genetically-modified army. 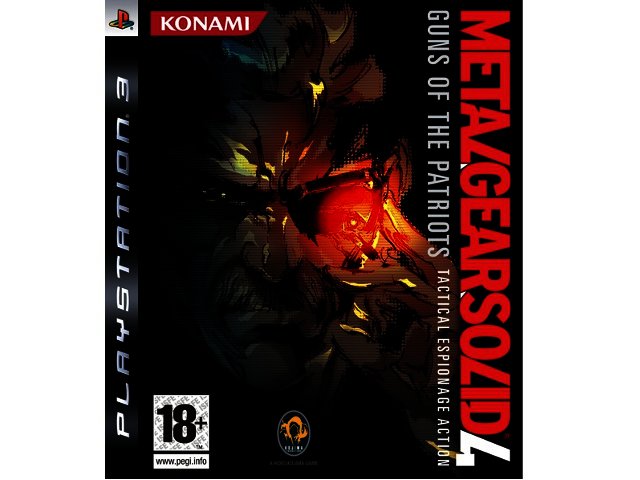 Gamers who completed Silent Hill Downpour and wish to experience some of the more terrifying games via the Silent Hill HD Collection, now have an added incentive.

Konami has released an update for the PlayStation 3 version of this collection, which addresses a number of issues with the remastered collection. The company stated that all the frame rate problems have been removed, resulting in smoother character movement, whilst the synchronisation of the game’s audio elements has also been rectified. The updates will automatically be downloaded and installed when a user inserts their Silent Hill HD Collection game into a web-connected PS3.

The Silent Hill HD Collection combines two classic - Silent Hill 2: Restless Dreams and its sequel Silent Hill 3, along with high-definition graphics and enhanced audio to boot. Catch a glimpse of the revamped terror in the trailer posted below.
PES 2013 game modes showcased

Pro Evolution Soccer (PES) 2013 will be dribbling onto the virtual pitch this spring, up against FIFA 13 in the quest to net the title as the top football game of 2013.

Some of the gameplay stars that PES 2013 are lining up to clinch this title includes FullControl, which consists of a mixture of seven elements such as Dynamic First Touch and response defending.

Dynamic First Touch introduces subtle new ways to receive the ball or push your way past opposing players, including scooping the ball up in order to lift it past an attacker. Response defending has gamers slowing down an attack whilst defending, or perform football feats, such as a perfectly-timed challenge by double tapping the tackle button.

For a look at these check out the newly released game modes trailer posted below.
New trailer for Hitman: Absolution released

The latest trailer to strike our attention span comes from Hitman: Absolution. It features a level entitled Streets of Hope, offering a meaty 17 minutes of gameplay video alongside voice commentary by game director Tore Blystad and Travis Barbour.

The trailer showcases five hits and one kidnapping (a slow day for Agent 47 then), after he pursues Lenny Dexter in a bid to find the whereabouts of Victoria, who he has sworn to protect.

However, first he has to take out Lenny’s unfortunately named gang, The Cougars (who are not a bunch of elder women clawing over younger men).

Hitman: Absolution is still on course for a November release on the PC, PS3, and Xbox 360, and based on what we are seeing of it, gamers’ wallets are certainly not safe. Hit the trailer below for a more detailed view of what to expect.
Contributions by Hanleigh Daniels.
TAGS:
Gaming News Round-upcomputer and videogamesDLCSonyWindows PCPlayStation 3
USER COMMENTS