If you are planning on purchasing and playing the upcoming latest game from id Software, Rage, you may need to make room on your PS3. According to an interview appearing on Eurogamer, Tim Willits, id Software’s creative director, revealed that the PS3 version will require a sizable 8 GB installation.

Willits praised and thanked Sony for allowing them to take advantage of this much disc space. “Sony was great. Kudos to Sony for letting us do that. They don't allow every game to do that. So definitely, hats off,” he added. Willits explained that this was important to the company , as this enabled it to install all the game’s textures to the highest level. According to the interview, Willits additionally had some glowing words for the standardisation of the PS3, noting that all players had access to the same Blu-ray drive.

He elaborated that the game will come on three discs on the Xbox 360 version, but reassured that all three discs would not have to be installed at the same time.  “If you don't have the space available on your hard drive, don't stress. Install the first disc, the first chapter, the first half of the game, then when you're done, uninstall and install disc two,” he added in the interview. 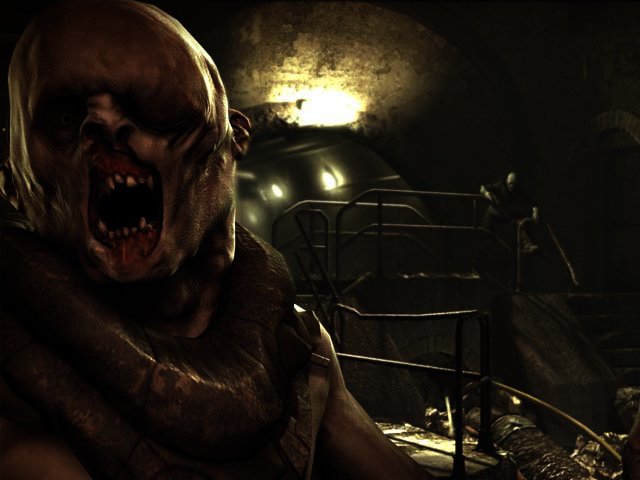 "What do you mean, do I have enough space on my console?"
However, the 8 GB required for the PS3 version is a paltry amount when compared to the 25 GB required for its PC counterpart.

Anticipation for the company’s latest release is high, due in part to id Software being behind the helm of some well loved and memorable titles and franchises (such as Quake and Doom) as well as respect for the company’s two decades of experience in the games business. Additionally, Rage is expected to boast first person shooter action, role playing elements, and vehicle racing in a detailed, post apocalyptic world after the earth has been struck by an asteroid, rendering it a planet that sounds tantalizingly reminiscent of Mad Max, complete with mutants to survive.

While the majority of PS3’s sold at present include 160 GB hard drives or larger, and older PS3’s can still be upgraded with standard 2.5” hard drives, space may become an issue for avid gamers over the next few months. Rage’s October release date will be quickly followed by other holiday blockbuster titles, such as Skyrim, Uncharted 3, Assassin’s Creed: Revelations and Call of Duty Modern Warfare 3, to name a few.
TAGS:
id SoftwareRagePS3Xbox 360
USER COMMENTS