In bad news for Android users everywhere, Google has found more than 50 apps on its Android Market that contains a virus. The virus, called DroidDream, was discovered on copies of existing applications that was simply repackaged with the malicious code and made available for download.

According to the person who made the discovery, a user of social bookmarking site Reddit called Lompolo, these apps have been downloaded between 50 000 and 200 000 times since. Android Police reports that once an infected app is installed, DroidDream bypasses known security measures to steal product ID, model and userID, but can actually be used to pilfer a lot more data for the creator of the code. Once informed about the virus, Google took less than five minutes to pull the apps, but, according to Computerworld, no automatic uninstalls have been issued yet.

BBM also on Android and iOS?

Can this really be? BlackBerry manufacturer Research In Motion is planning to introduce its popular BlackBerry Messenger service to Android and later to Apple’s iOS. This according to Boy Genius Report (BGR), quoting “multiple trusted sources”. BGR claims that the BBM experience offered to Android and Apple users might be a version with slightly less functionality, but would still enable users with BBM installed on their phone to chat with other BBM clients. Launch date for BBM for Android is apparently this year still, but exact timing and the price at which the service will be offered are still unknown.

Android pulls ahead in US market

Seems like activating 300 000 Android phones a day is doing wonders for Android’s American smartphone market share. According to data released by The Nielsen Company, Android, at 29% of the market, has pulled ahead of RIM’s BlackBerry and Apple’s iOS, both standing at 27%. Way down the list at 10% is Microsoft’s combined result for Windows Mobile and Windows Phone 7, while Symbian OS trundles along at 2%.

Of the Android phones in the market, HTC is the leading manufacturer, grabbing 41% of the Android market (with phones like their recent Desire Z), while Motorola grabs a 34% chunk of the market (with phones like the Droid and Flipout). If any further evidence of fire raging aboard a “burning platform” is needed, you don’t need to look much further than the 2% of the smartphone market that Nokia owns in the US. 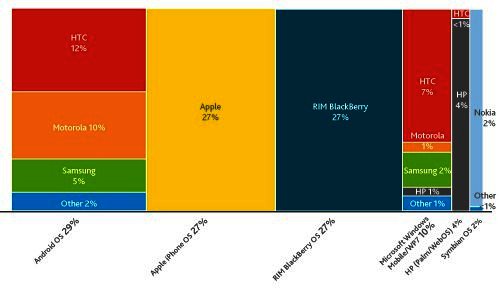 While Apple and Android are surging ahead with operating systems tailored toward the tablet touch-screen experience, Microsoft has been surprisingly quiet. And quiet they will remain, up until September 2012, when, according to Bloomberg, the company will be ready with a competing platform. Public testing of this tablet-friendly Windows version will commence at the end of the year. Windows 7, which has been used on many of the new Windows-based tablets, is hardly suited for finger-based interaction. Of course the longer Microsoft’s delay in presenting an offering, the more entrenched Android and Apple will become. 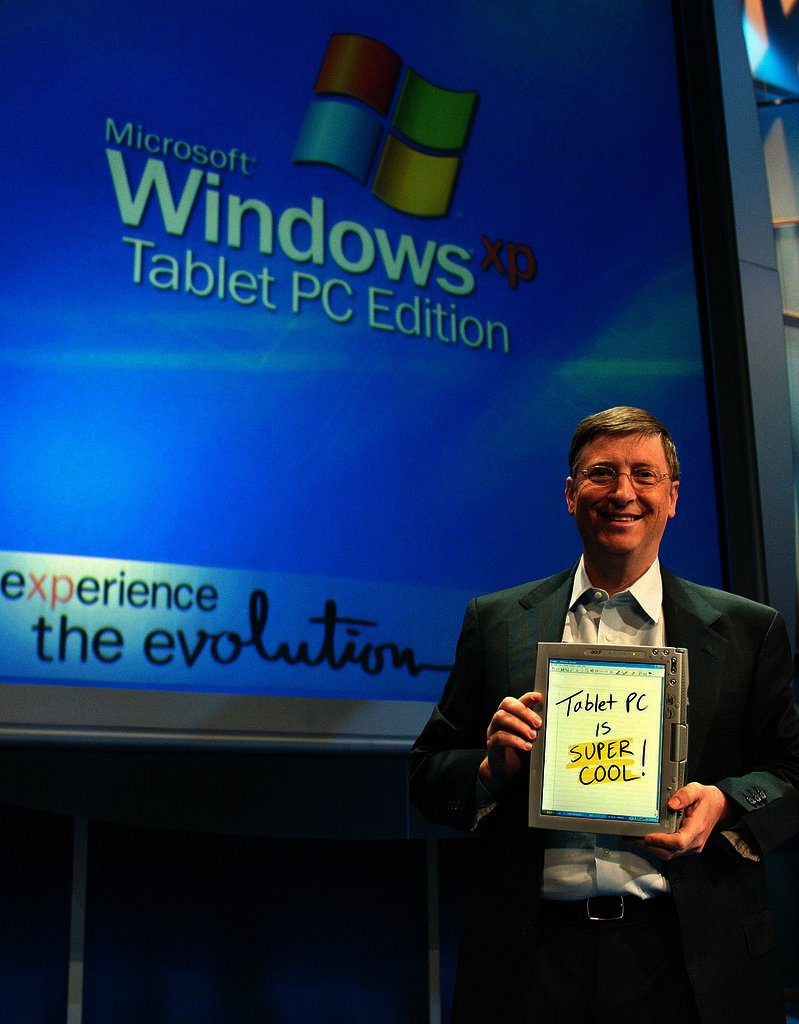 An old picture, but things have not changed much.

Fitbit Versa
Are South Africans ready to ditch their wallets?

The changing face of custom software development
Fitbit Versa
Industry Opinion: Why good governance is the first stop on the road to AI readin...
FibreCo & Teraco say open access is critical for the success of ICT
Introducing the 'robo-lawyer' into South African legal firms
Read