The Technomancer is a semi open world sci-fi role-playing title by developers Spiders, putting players in the shoes of a Martian Technomancer, an order made up of futuristic psychic space monks. And yes, that is the easiest way of explaining it.

The game takes place on Mars around 200 years after human colonisation. During this period several unique factions (called corporations in the game) as well as new cultural identities sprang up on the red planet, giving the world a surprising amount of lore and story depth. Unfortunately, our foray to Mars is set during the War of Water, which is not as much fun as it might sound. 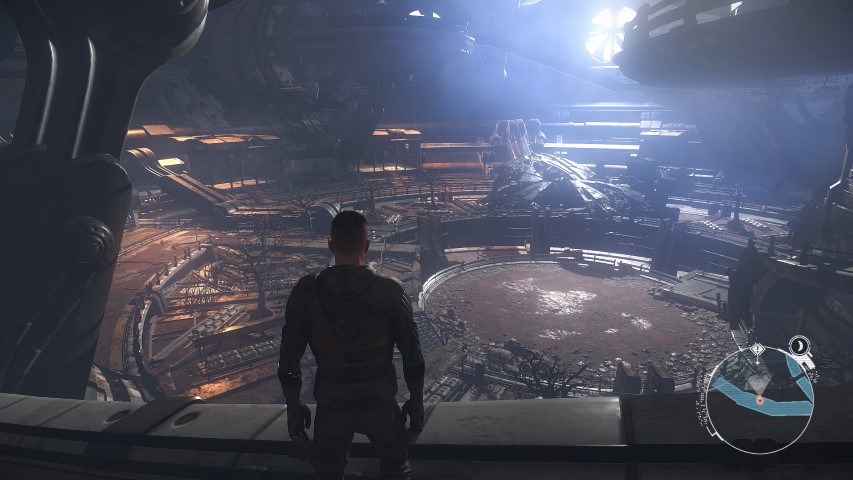 The developers did a great job showcasing the future Martian environment.

Martian society is split between those with power and those without, and a constant quest for 'serum' (water?) is what seems to motivate everyone to get up for work at all. For Technomancers, serum serves as both a mana reserve used to cast abilities, and presumably also helps keep them from turning into prunes in the desolate Martian wastelands most of the game is set in.

Players take on the role of a young new Technomancer called Zachariah. While there is some limited character customisation, you can't change your name or gender unfortunately. After you've selected your preferred facial scars and undergone some basic training it’s off to do some Technomancing. The game uses a standard third person camera to showcase the action, but the movement was a tad clunky from the get-go.

A plethora of invisible walls and a slightly too high base movement speed will result in some comedic and highly awkward locomotion. Sometimes you'll struggle finding that sweet spot where you can interact with a console or item, and at others you'll be running along confidently before being abruptly stopped by the aforementioned invisible walls (which really are everywhere). 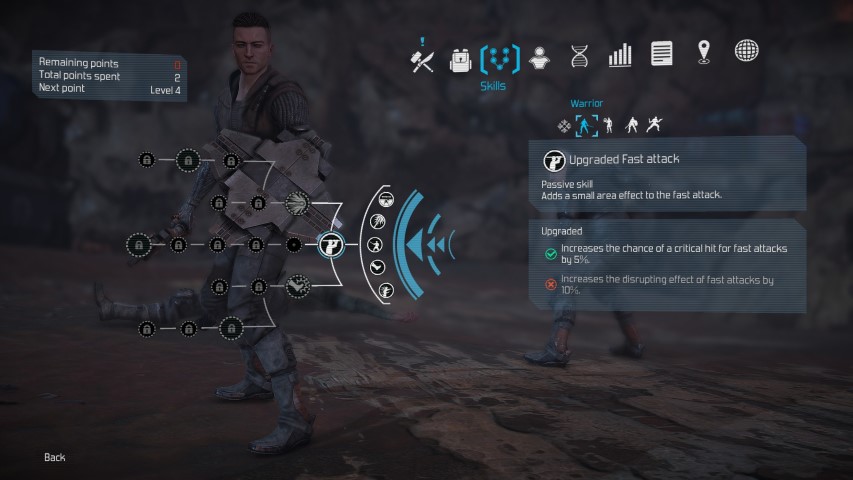 The upgrade trees are relatively deep and should please RPG fans.

The combat system in the game offers players three different styles to choose from: guardian, warrior and rogue. This allows for differing play styles, from dual wielding a blade and pistol, using a shield for defense, or a staff for more fluid melee combat. The combat itself is somewhat reminiscent of the Arkham Asylum games, with your character able to roll and dodge to avoid attacks before landing a well-timed counter attack. There is also the Technomancer skill tree itself, giving access to unique technomancy abilities (mostly electric attacks).

It seems the most efficient way to play is to focus on one main fighting style while adding any reserve points into Technomancy. This should give the player both ranged and melee options, and allows for physical and ‘magical’ damage.

The visuals in The Technomancer are actually surprisingly crisp, and it's evident that the developers spent a lot of time and effort in making the Martian landscapes look as epic as possible. Now, it's not the next Crysis by any means, but graphical quality is acceptable taking into account all the other small issues that plague the title. The voice acting, while not terrible, is a tad awkward and felt too soft at times. We also found a few questionable English sentences in the menus, but these can be overlooked. 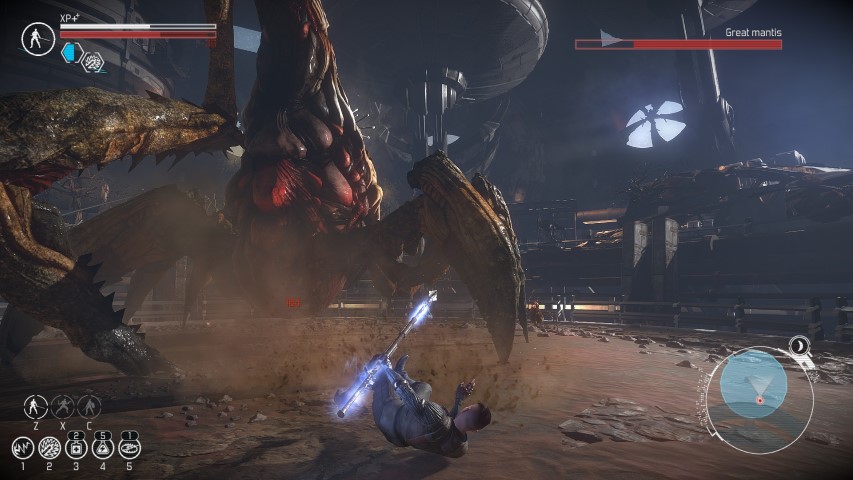 Should not have picked this fight...

The main reason why The Technomancer fails to deliver on so many of its aspirations is that the game simply feels boring and generic. The amount of effort put into the story and lore of the world can make it an enjoyable experience for sci-fi fans, but as a game it simply failed to grab my attention for more than an hour at a time. While The Technomancer is not an outright bad game, it is decidely below average.

PROS
A relatively in-depth RPG experience that could appeal to sci-fi fans.