We had high hopes for Ratchet and Clank: Nexus (R&C:N) when it was announced earlier this year. This was for good reason – the franchise has become one of those much beloved game series in our PS3 library, with most if not all of its entries delivering an assortment of weapons that are joy to use and upgrade, ample doses of inventive and fun gameplay, along with snappy, often amusing dialogue and a sharp, at times satirical, sense of humour.

The good news is that R&C:N delivers all of these in spades.

With the latest entry – an epilogue to the Ratchet and Clank Future arc which began with Ratchet and Clank Tools of Destruction, and continued with Quest for Booty and A Crack in Time – Insomniac Games also beautifully wraps up the series’ journey on the PS3. Although some references are made to the events in the predecessors, those that haven’t played the previous entries in the saga on the PS3 won’t be entirely left out of the loop, as the story is easy enough to pick up on its own. 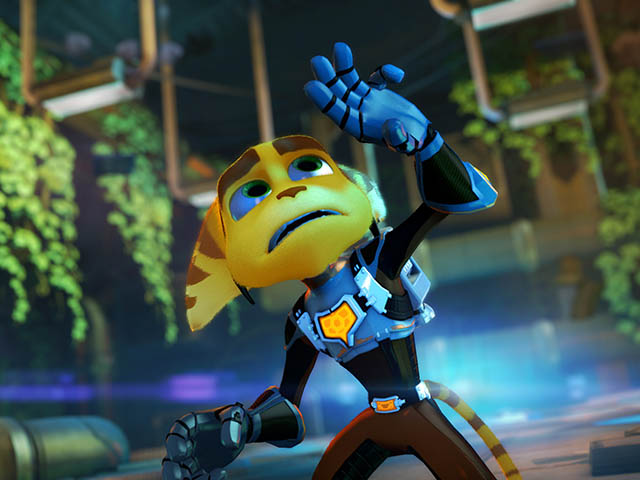 The vacation didn't get off to the best start, when he arrived on the planet only to discover that its bonehead government had decided to implement e-tolls.

Tell me a story

The galaxy-saving duo find themselves escorting a particularly conniving and notorious criminal, Vendra Progg, to prison. Suffice to say, the trip does not go as planned, as her brutish brother, Neftin, assaults the ship and ultimately leaves Ratchet and Clank stranded in a seemingly haunted sector of the galaxy. Vendra is unlike many of the series’ other cartoonish villains, relying on cunning smarts and a formidable intellect, while knowing which of Ratchet’s psychological buttons to push to most unnerve him.

It quickly becomes apparent that Vendra and Neftin intend to release an even greater threat into the galaxy, in the form of a Nether, a creature trapped in another universe called the Netherverse.

This then forms the basis for the planet hopping, gear acquisition, and of course a myriad of combat situations against alligator-like mercenaries for hire from Thugs-4-Less. 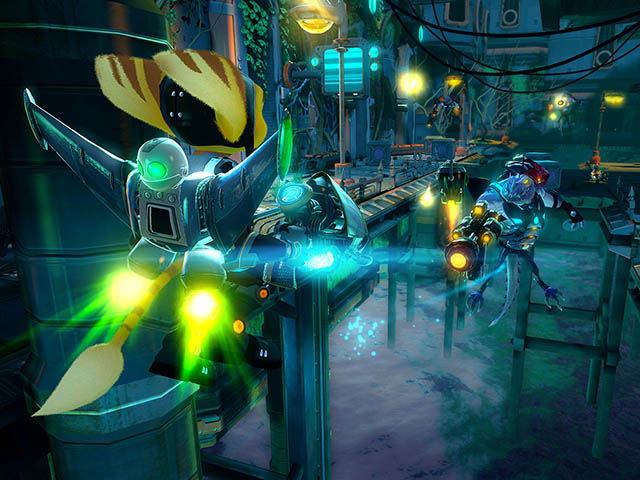 Admittedly, the shopkeeper warned Ratchet that the decision to buy those alligator skin boots could come back to haunt him. Apparently, the boots had family.

Keep an eye out for these arms

One of the trademarks of the series has been interesting, sometimes outlandish weapons, and on that front, R&C: N doesn’t disappoint.

Alongside the dual pistols, Omniblasters and Ratchet’s ever-present wrench, players will also be able to add the shotgun-like Temporal Repulsor; the Netherblades, which emit rebounding sawblades; and the deployable and snarky bodyguard, Mr Zurkon, to their arsenal. New and innovative additions include the Nightmare box – a twisted version of a Jack-in-the-box which distract foes with their worst nightmare, and the Winteriser, which turns enemies into snowmen.

Furthermore, each weapon can be upgraded through the use of Raritanium, found throughout the worlds, while each weapon increases in power the more it is used. Suffice to say, these are a joy to use, with each having its particular purpose and being beautifully balanced in the midst of heated combat.

In terms of gadgets, two of the more notable ones include the Grav-tether, a gun of sorts which enables Ratchet to create, and then ride gravity streams and thus access different areas. Additionally, the heli-pack, which effectively gives you a fuel-limited jetpack and enables you to traverse your way to higher, otherwise out of reach areas, is similarly a fantastic, and sometimes nail-biting, addition.

Clank also gets his time to shine, as early on, he is upgraded with the ability to enter the Netherverse through rifts, and lead a Nether – which wants to eat him – to the rift to cause a wall to explode. This, which plays out as a 2D side scroller mini game, also offers some frantically good fun and very light puzzle solving. 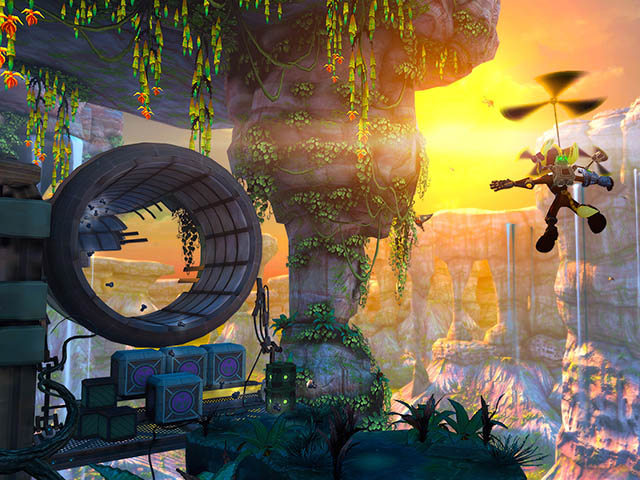 To his dismay, he found out too late that the helicopter-over-the-canyon tour was a little more bare-bones than he was led to believe.

You crack me up

We would be remiss if we neglected to mention another of the series‘ trademarks, namely its clever humour. While Ratchet and Clank titles have been able to appeal to the younger ones on one level, this enables older players to appreciate it on a totally different one.

For example, upon landing at an evacuated planet, the former leader’s messages for his citizens are well worth listening out for, as they take a not too subtle dig at politicians’ predilection for sticking their hands in their populations’ cookie jar and misappropriating what they find. Additionally, some thugs’ testimonials of support at the Destructapalooza, the gladiator arena in which players can compete to earn bolts with which to buy new weapons, also had us laughing out loud, at its biting and timely commentary of society’s ‘less savoury’ elements.

This subtle weaving of humour reminded us of the vaunted third entry in the franchise, Ratchet and Clank 3: Up your Arsenal, which also gleefully lampooned the airlines’ onerous onboard restrictions at that time, to ridiculous and entertaining effect. 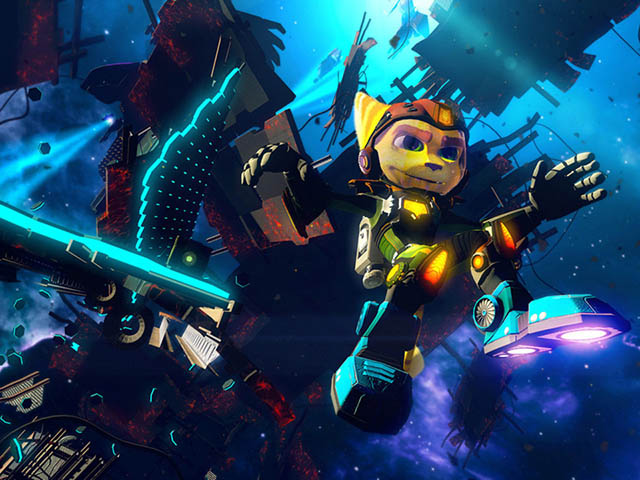 Who would have thought that the International Space Station was so serious about enforcing its rule about no cellphone calls during screenings of Gravity?

Admittedly, like many of the Ratchet and Clank games that came before it, we finished the game only hungering for more of the fun gameplay that Insomniac Games managed to nail here. Not because R&C:N is lacking, but rather precisely because it is so enjoyable.

Once the credits roll though, players can jump back into the title and replay it on the challenge mode, which gives them the weapons they have accumulated – but likely not fully unlocked as yet – with more skill points to aim for while weapons can also be upgraded to their Omega versions via Gold Bolts secreted away in the levels.

Also worth noting is that not only does the game, which will take you around five to six hours to finish, come at an affordable R270 pricetag on the PSN store, it also throws in a free downloadable version of Quest for Booty, which is similarly worth playing if you have not done so already.

Ultimately though, with R&C:N, Insomniac Games has done its franchise and us fans proud, with a fitting and fantastic send off to the franchise on the PS3. We will be waiting, with baited breath, for the duo’s hopeful debut on the next gen PS4. In the meantime, do go play this.

CONS
Some weapons not as inspired as others, Not much platforming and puzzle-solving, Now having to hope and wait for the next installment of the franchise
TAGS:
Ratchet and Clank: NexusPS3gamesInsomniac Games
USER COMMENTS