Two-wheeled racing simulators are few and far in between, but last year we were impressed by the competent graphics and impressive simulation mode physics of SBK X Superbike World Championship. Now after almost a year on the development track, its successor leaves the pit lane to line up on the starting grid. Does SBK 2011 provide you with an authentic racing experience or get a flat in terms of entertainment value?

We attempt to answer that question within the main racing mode of the game, championship mode, which has you race in order to obtain the title of World Champ. The racing kicks off in the bottom category of SBK racing, that being the STK (Superstock) FIM Cup 1000. You begin by creating a rider in your likeness, but this can be a challenge since the rider creation toolkit is unbelievably spartan, basically enabling you to select the height of your rider and choose from a range of preset faces.

The latter is particularly limiting since you can be either a Caucasian or Asian driver. A quick check on the official SBK website reveals that there are no black drivers in the 2011 SBK World Championship series (or any of the other categories for that matter), but since you’re creating the racer this shouldn’t matter.

When you eventually start racing you'll get to up your reputation when winning races, and you’ll also get the chance to upgrade your ride during racing weekends. You’ll have to complete challenges during the free practice sessions, for instance, completing a quick lap (within the lap time allotted) whilst managing to go faster than a certain target speed on the straights. Completing the challenge nets you an upgraded engine, which makes for a nice break from the regular jostling for position on the starting grid or during a race. 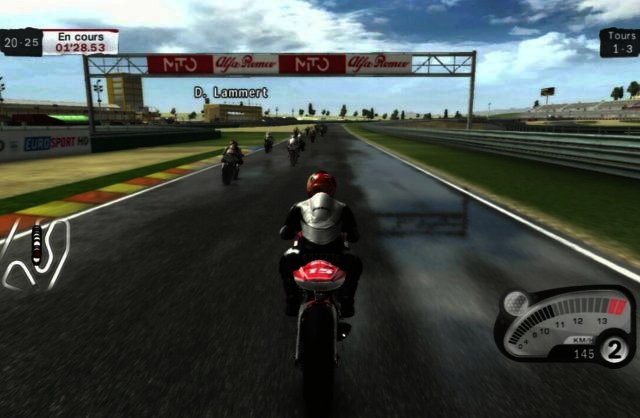 Stay the course or suffer the consequences

Within this main championship mode you have to stay on the track, as cutting corners will result in you either receiving a warning black and white flag, followed by a drive through penalty at your next transgression or possibly even being booted from the race (getting black flagged).

The latter results in a premature end to your race and the loss of any potential race points, whilst the drive through penalty will make a podium placing really difficult to obtain.

Being too heavy on the accelerator whilst cornering will see the bike sliding out from beneath you, whilst braking too hard from terminal velocity will cause the bike to tip forward, which is brilliant if you’re a stunt driver, but not so much whilst trying to win a race.

To keep your two wheeled monster on the track as well as on pace to finish on the podium, you have to perform this two finger dance throughout races. This sees you holding R2 to accelerate out of corners and on the straights, and then tapping L2 to brake before hitting the next corner, whilst also keeping your bike on the best racing line.

All this helps to make the whole racing experience feel very involved and provides you with a real sense of achievement when you set the best time during the qualifying session.

During the race weekends you will be able to take part in the same racing experience Max Biaggi and crew are privy to, starting with an hour-long free practice session which is followed by a qualifying session. After earning a spot on the starting grid you have another shot at learning the track within the final free practice session which takes you to the race itself.

You’ll also be able to chat to your racing team’s engineer to alter the setup (either a race- or qualifying session setup) of your two-wheeled stallion and to get the best performance out of it, as well as being able to switch between the types of tires to suit the prevailing weather conditions.

The latter does effect your bike’s handling, as a wet track means that you slide around a lot more and have to be extra sensitive when it comes to both braking as well as gunning it out of a corner. 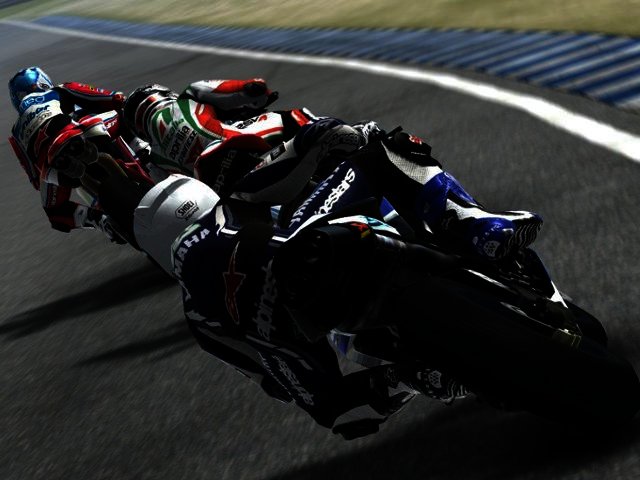 As with SBK X Superbike World Championship you can pick your poison when it comes to the level of riding realism of your bike. Unlike SBK X though, this choice doesn’t simply boil down to choosing between Arcade and Simulator modes.

In fact there is no Arcade mode within SBK 2011, with this move resulting in the loss of SBK X’s boost button, with which you could send your bike on a type of nitros-induced and rather unrealistic power burst down the straights.

You have three different simulation settings for the game’s racing modes; low, medium and full. The higher the simulation setting, the more realistic the racing action. Low is for those new to the world of SBK, providing gamers with plenty of accelerator and braking assistance. Full is for the pros, leaving the handling of your two-wheeled stallion up to you, whilst medium is a good mix of both.

The role of racing damage also becomes more prominent as you choose a higher level of simulation. Engine damage leads to slower speeds and braking damage sees you already having to jump on the brakes halfway down a straight as they lose some of their stopping power. 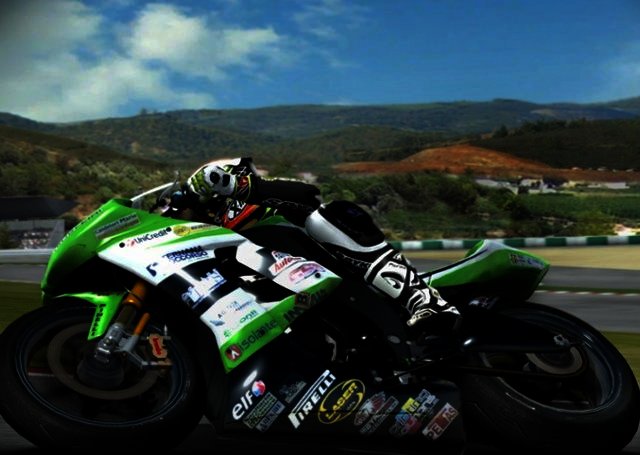 Feels the part, but does it look the part?

Besides the realistic racing dynamics, the game’s graphics (for the most part) are excellent as well. Reflections appear on pools of water on the track and rain drops splatter onto your helmet’s visor, whilst jets of mist shoot up from the bike’s rear wheel when driving in the rain or on a damp track. Even in the sunshine the game’s graphics adds to the authentic feel of the game.

Riders and bike models look amazing, with the riders getting dirtier as the race progresses and dirt collecting on the wheels if you miscalculate a turn and end up in the gravel. It has to be said though that the scenery doesn’t quite match the high standard of the bike models, as it tends to look rather plain and bland.

Besides the authentic look of the bikes, another standout feature is the brilliant sound SBK 2011 provides. And we’re not talking about the corny rock music playing whilst navigating the title’s menus. We mean the immaculately captured acoustics of 200 horses galloping to almost 300 km/h down the straight, before unceremoniously throwing you off its back because you missed the braking zone to listen to the high-revving howl of the BMW or the unmistakable low pitched grunt of your Ducati.

SBK 2011 does away with the ‘look ma’ no hands’ racing of the Arcade mode, resulting in a more true-to-life motorcycle racing simulator. It also sports the graphics (at least in terms of bike models and tracks) and engine notes to back this authentic handling up. This game is still the benchmark for two wheeled racing realism, leaving the fun but unrealistic arcade action to titles such as MotorStorm: Apocalypse. You can add it to your racing game garage for R469.