Petrolheads that are into rallying and simulation racing games will rejoice at the arrival of WRC: FIA World Rally Championship, as it is the first officially endorsed WRC game to be released in five years. This gives them the opportunity to get behind the wheel of their favourite car and virtually drift across the real world tracks.
Official stamp of approval
The most crucial feature for rallying fans will be the virtual representation of all the official locations, rally cars as well as the drivers that WRC: FIA World Rally Championship boasts, which you’ll also see if you were watching the FIA World Rally Championship on TV. There are a whopping 78 tracks from 13 different countries around the world to race on.
This all assists in creating an authentic virtual recreation of the real world sport, compared to Codemaster’s Colin Mcrae Dirt 2 that focuses more on entertaining gameplay and excellent graphics as opposed to being an authentic rally title by incorporating other vehicle classes like buggy racers and trucks for example. 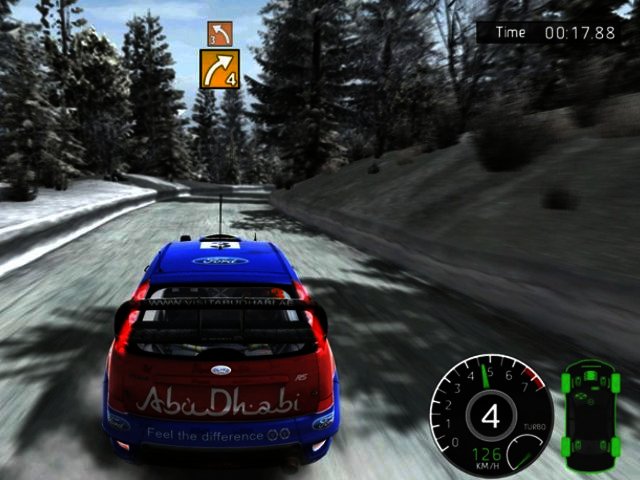 Graphics
Adding to this authentic virtual representation is the car models that look good from the outside, although vehicle dashboards are a bit too generic and simplistic. That said, the game’s graphics doesn’t deliver the same level of photo-realistic eye-candy as some of its modern counterparts like Forza 3 and the popular Colin Mcrae Dirt 2, especially the terrain surroundings through which you race, which tend to be a bit on the bland side.
This blandness of your race surroundings also bleeds through to the games presentation which although allows for easy navigation through the simple menu system doesn’t bring across the excitement of rallying or add something extra in between the racing action. 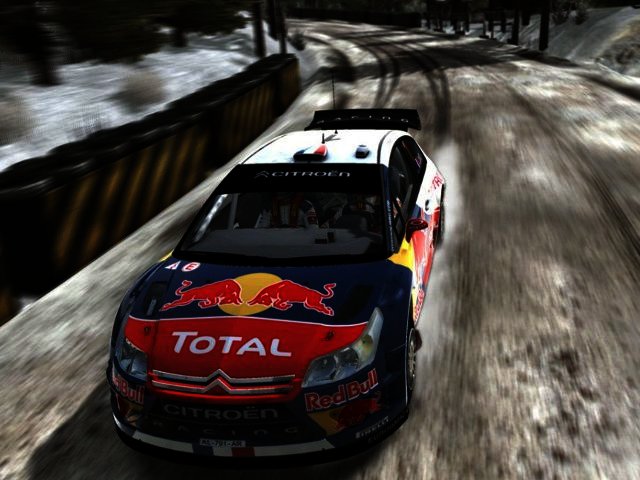 Gameplay
Under its graphical hood though is the game’s superb gameplay and physics engine, which unlike the boring game presentation, helps to immerse you in the dirt splattered rallying world. The game’s physics ensure that it isn’t relegated to being a simple short-lived arcade racer, as you have to practice for a while to master the car’s handling and set the best times. It also employs a vehicle damage modelling system that makes it more challenging by forcing users to tap the brake peddle in order to ensure that they avoid any bumps and buckles to their vehicles.
Its default setting (light) will provide your vehicle with new dents, bumps and scratches to your windshield for every crash, although its actual race performance will not suffer that much after you crash. Racing purists however can set the vehicle damage higher (heavy) within the game’s settings, to provide for a more realistic feel, as you’ll have to nurse the car to the finish line if your driving style resembles that of a stunt driver more than a rallying driver. 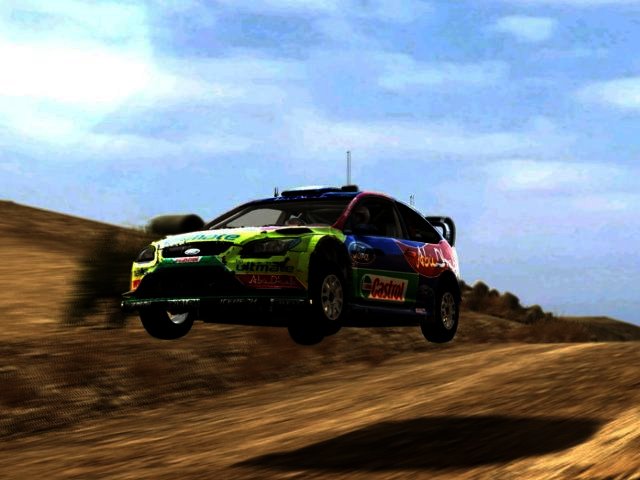 Ascending to the rallying summit
The game’s true-to-life vehicle damage system and handling makes it entertaining and challenging to play, especially in the premier Road to the WRC mode. During this mode you are put in the drivers seat of a start-up rally team. As you win races in the regional championships, you’ll build your reputation, attracting sponsorships and eventually the attention of one of the WRC: FIA World Rally Championship top teams.
This mode gives you a true sense of the effort it takes to make it to the top of the rallying world, let alone triumph at that level. You’ll also be able to make changes on your vehicle (such as suspension, ride height and brake balance) in order to match it with your driving style and the track conditions. This is a nice touch for simulation fans, who will be able to change almost every part of the car’s handling characteristics to their liking.
Final Word
Even if you won’t get blown away by the graphics and presentation, this game features excellent gameplay and an authentic look and feel. It makes for some serious consideration for rally and racing simulation fans. It offers petrolheads an authentic WRC rallying experience, while also bringing all the WRC cars and teams onboard. It sells for a recommended retail price of R499.
So if you are a rallying fan and religiously watch WRC events on TV, then WRC: FIA World Rally Championship for the PlayStation 3 (also available on the PC and Xbox 360) is for you. However, if you are into cars and motorsport in general, then you’ll probably discover, like former Formula 1 star Kimi Räikkönen did, that you might not really be cut out for it. In which case you may want to consider racing games like Need for Speed: Shift, or the upcoming Gran Turismo 5 (when it eventually comes out).
Pro
Its an authentic rallying title that boasts enjoyable and rewarding gameplay, as well as a true-to-life vehicle damage system.
Con
Not the blistering eye-candy graphics of other racing titles, sports an uninspiring game presentation and no real cross-over or mass appeal.

PROS
Its an authentic rallying title that boasts enjoyable and rewarding gameplay, as well as a true-to-life vehicle damage system.