Whenever we hear the words gesture control, if often prompts flashbacks of our first experience with Windows 8, a little over eighteen months ago. Our initial impression was difficult to categorise, mainly because the charm bars brought up through specific swipes on one's PC or tablet screen felt anything but intuitive. We make mention of this, because the same type of description can be applied to the Leap Motion controller which too, felt a little alien in terms of its use. An experience that for the most part felt very foreign,and certainly takes some time to get use to. 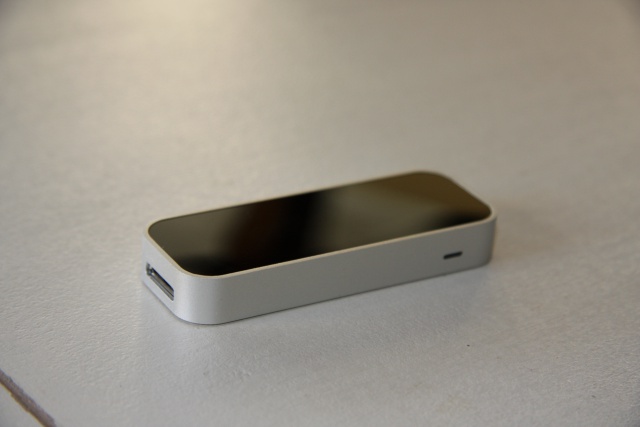 It is however important to note, that its developers have stated that the Leap Motion controller is not meant to replace a conventional mouse or trackpad, but rather to be used alongside them to help enhance the user's overall experience. An example of this would be in the field of architecture, one could use the leap motion as a design tool or assist in giving a presentation of a 3D model, but it cannot be used to navigate your computer's native OS, to scroll through menus and select programs. With that in mind, we tested out the Leap Motion to find out if it can truly live up to its lofty claims.

If there is one area that the Leap Motion controller cannot be faulted, its the looks department, where it scores tens across the board. This is mostly down to the fact that it favours an extremely minimal design, and in many respects looks as if if it could have made its way from Cupertino. A fact that became even more evident, as we tested out the Leap Motion alongside a MacBook Pro, with which it seemed to naturally blend.

The 3" long Leap Motion controller features an aluminium frame which houses its 3D motion and infrared sensors. These are covered by a black plastic screen on top and rubberised plastic bottom, engraved with the Leap Motion's logo. The virtue of this rubberised bottom, means the Leap Motion controller does not move, even when placed on the glossiest of surfaces. It also weighs in at a featherweight 45 g, making it easy enough to tote around alongside one's notebook or placed unobtrusively in front of a PC. 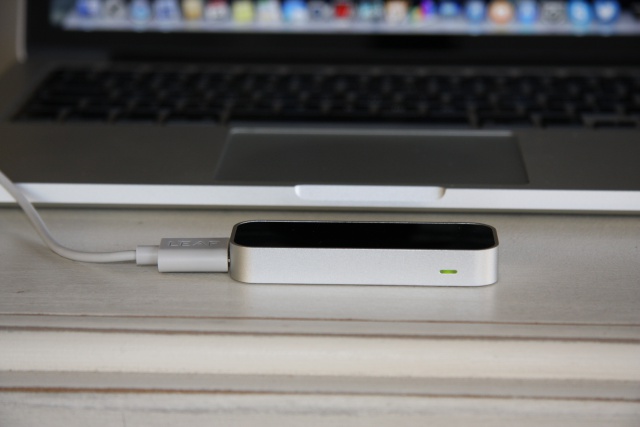 This brings us to the Leap Motion's positioning, which is always in front and to the centre of one's PC or notebook. This is the optimal placement, as it allows both users hands to hover above the Leap Motion sensors field of sight to ensure all nuanced motion is captured accurately.

This brings us to connection and setup of the Leap Motion, which for the most part is relatively easy to carry out. Connecting the Leap Motion is facilitated via a micro-B to USB cable, with a 24" and 60" sized variant included with purchase. It is also dependant on these cables for power, and cannot be charged for wireless use. Once connected, the specially designed Airspace application is loaded onto one's device. This programme gives users access to a dashboard, featuring a host of downloadable applications, some of which free and others coming at a price no greater than $5 (R53). 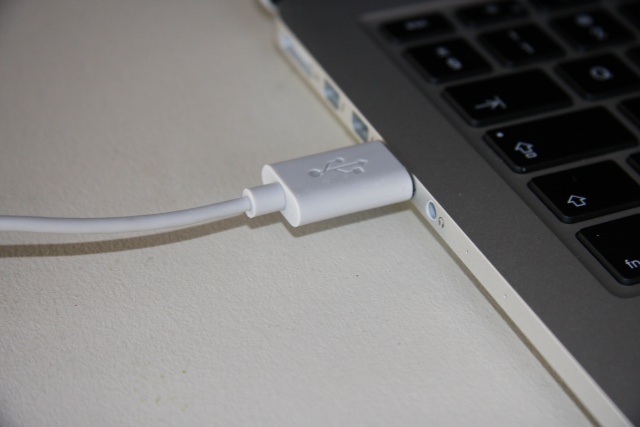 There are also plenty of free to use applications and games available for download, but as is commonplace among app developers, one sometimes gets a limited experience, with certain aspects of the application only available on the full price version. One such app is the Cyber Science - Motion: Zoology trial, which by the name is designed to offer a select group of the $5 version's content.

As far as compatibility goes, the Leap Motion works on Windows 7, Windows 8 or Mac OS X Lion and up. Catering to most users who have purchased PC or notebook in the last four years are catered for.

It is this app ecosystem that is the Leap Motion's strongest asset, and at the same time its greatest weakness. The reason for this lies in the fact that how well the Leap Motion is received by the public will be heavily contingent upon giving users access to a host of solid app offerings to best showcase its capabilities. For the most part, the variety of apps extend to three distinct categories, namely gaming, design and mapping, all of which we were able to test out during our time with the Leap Motion.

Two of these apps in particular stood out for us, with the first being Google Earth, which many will be all too familiar with (checking out how your house looks). When we used the Leap Motion controller in conjunction with Google Earth, it offered a greater deal of interaction while panning over the globe by moving our hand slowly from left to right, and vice versa. Zooming in on specific areas and landmarks too felt new and innovative in a lot of ways, and offered us the sensation of increased control, compared to that of a simple mouse click or pinch manoeuvre. 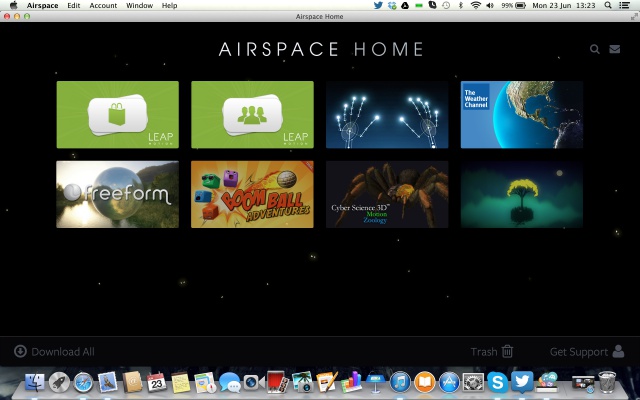 The other app which was great fun to play with was Freeform, allowing users to mould and shape an orb based on a series of gestures. This app was far more difficult to use when compared to Google Earth, requiring a greater level of control and patience. Which was on the one hand frustrating, but ultimately rewarding once we got it right. It also afforded users the ability to customise the texture and material of the orb, giving an insight into how different materials react and can be shaped.

It is the latter of these two apps, which provides the greatest deal of optimism for the future of Leap Motion down the line. As it means this gesture control device can be used for honing one's design skills, as well being used a teaching tool in variety of industries, chief among which could be the medical field.

Unfortunately, from a practical everyday computing perspective, the Leap Motion cannot function on it's own. It instead requires the use of third-party apps like Presentable or Flowboard, to create and navigate through Powerpoint-esque presentations. This is one area that we feel the Leap Motion falls short, as it's lack of independent functionality for everyday computing may result in users forgetting about it all together, opting for a mouse or trackpad as the constant default.

When put in perspective, there is very little fault to find in the Leap Motion, but a lot of that has to do with the fact that there are no true competitors to compare it with. With that being said there are two concerns we found during our time with the Leap Motion, one was its decreased level of motion sensing accuracy given extended periods of non-use. An example of this was the Leap Motion's inability to pick up all ten fingers after an hour of not using the device. This then required a quick pause, and reset of the Leap Motion's syncing, which takes no longer than five seconds. 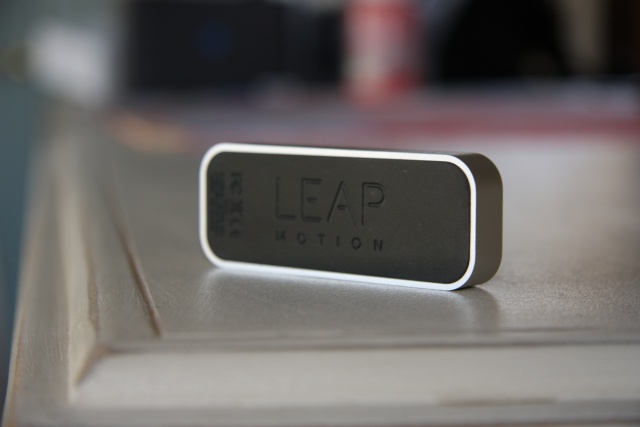 The second issue is the Leap Motion's price, listed to retail in South Africa R1 300, which seems a little steep and prompt those sitting on the fence to shy away from purchasing the Leap Motion. Added to this, is the Leap Motion's intended use as a peripheral to one's mouse or trackpad, which again makes the R1 300 price tag even less enticing. But should you have the means, as well as passion for unique gadgets, the Leap Motion performs solidly and makes one's PC or notebook experience a little more exciting.

Will the Leap Motion provide a modern-day version of the Minority Report's interactive gloves? The short answer is sadly, no. But is it the first step in getting there? Most certainly. Now what to do about that price tag.