The Beoplay P2 is a new type of offering from Bang & Olufsen. With the expectation of the Beoplay A1, the Danish company does not specialise in small speakers. In fact, the P2 is the cheapest Bluetooth speaker in the Beoplay range, but does that mean consumers are getting an inferior device? We put it to the test.

The first thing that strikes you when seeing the P2, is its dimensions. Taking on the shape of a bar of soap, it's only 140 mm long and 80 mm wide, allowing it to fit comfortably in one's hand. This is a fairly smart piece of design, as it means the P2 houses almost the same amount of speaker power as the larger A1, which also costs roughly R1 500 more.

There's also a rope on one end of the P2 to help users strap it to their wrist for safe keeping, but more often than not simply holding it felt secure enough, with the rubberised base portion serving as a handy grip too. Added to this is a rather reassuringly sturdy design, with the P2 tipping the scales at 275 g. 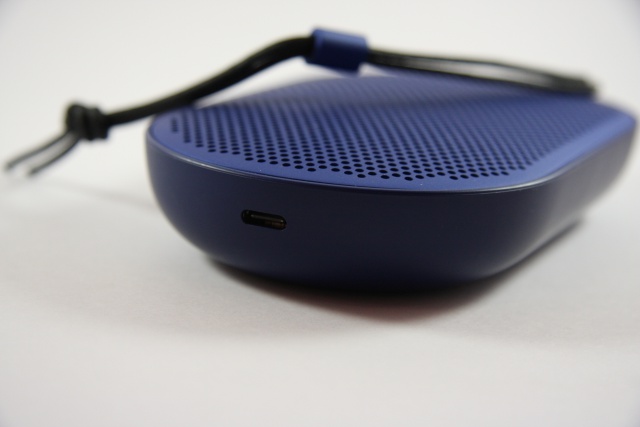 The rest of the P2 is a combination of aluminium and plastic, much like the rest of the Beoplay range, which gives the small speaker a truly premium finish and feel. It's an important design aspect to note, especially as the P2 will retail for an estimated R3 500 when it arrives in June locally, but it is available for pre-order at the moment in-store at Bang & Olufsen for a reduced R2 999.

Even at the reduced price it certainly places the P2 on the higher end of the price spectrum, despite being the company's "most affordable Bluetooth speaker".

So what kind of sound goes this small speaker deliver? Pretty damn solid by all accounts. The quality can be a little bit too bassy at times, but it's easily sorted by adjusting the EQ settings on your device of choice, something that the Beoplay M5 speaker wasn't able to shake.

Once the levels are sorted out, the Beoplay P2 is a great all-round speaker. If you want something subtle playing in the background, require middle of the pack listening, or want to turn things all the way up, the P2 can do it. If you opt for the latter though, with the volume placed on maximum, it will sound a little tinny at times, especially if you favour bass-heavy music, but not so much so that it becomes irritating.

The Bluetooth speak also has an effect on battery life, which B&O lists at up to 10 hours. Using the P2 at full volume, shaved down our playback time to roughly six hours, but if you're less heavy handed, nine hours is certainly within reach. Speaking of battery life, there's a 2200 mAh unit at the core, which is charged via a USB Type-C port. 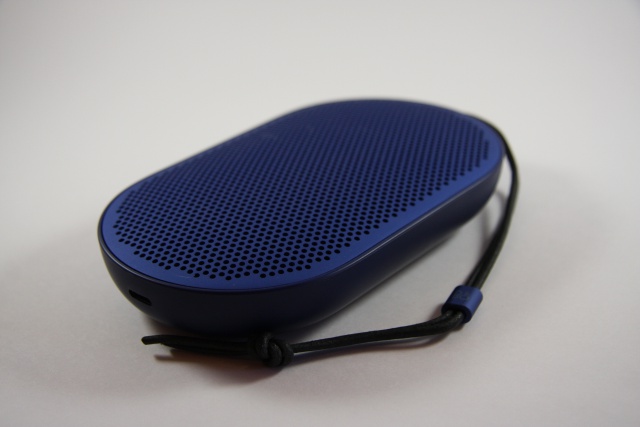 As for what makes the P2 special, B&O has imbued it with sensors, instead of buttons, to take care of the controls. That said, there is a sole button on the bottom of the P2 that doubles as a power and Bluetooth (4.2) toggling option. Taking care of playing and pausing the music, a simple double tap on the speaker portion of the P2 gets the job done.

With regard to the shaking portion, two deliberate shakes of the Beoplay P2, specifically when held horizontally will get the job done. We tried shaking it all manner of ways, but only holding the P2 horizontally facing up and shaking back and forth gets the job done. It's not exactly the most natural of motions, but we can understand why B&O made it so specific, especially if you're carrying the P2 around with you.

The only control missing is one for volume, with users having to turn to their device (smartphone, media player) to take care of this. You can get away with simply using the native music app on your device, but opting for the B&O mobile app is a good call. It's cleanly designed, easy to work and also helps users that have a few more Beoplay speakers in their mix.

Yes, the Beoplay P2 is not the cheapest Bluetooth speaker around, but you probably knew that walking into the Bang & Olufsen store. Your money isn't going to waste though, since the speaker delivers good sound, and has a couple nifty features that smaller speakers may not tout.

Our only concern is battery life, which takes a bit of a dive when you're playing music at full volume. Other than that, it is very difficult to find fault with the Beoplay P2. If you're looking for an addition to the current Beoplay speakers you currently own, or simply want a taster of what B&O quality is like, the P2 is where you should turn. 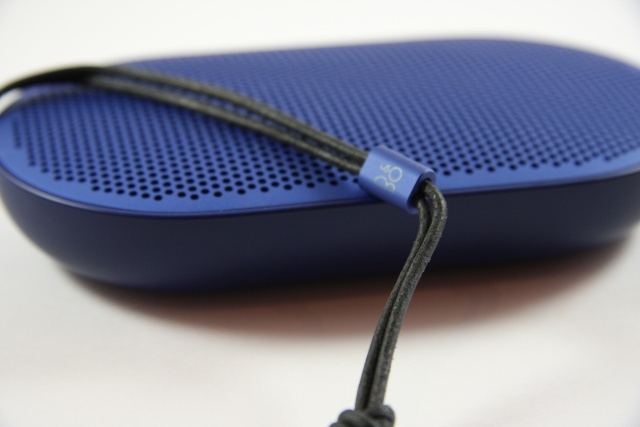 Samsung Galaxy S3 mini
Hot New Trailers: Passengers
Fitbit Versa
Cloud solutions need to be always-on
Fitbit Versa
Seamless communication is key to CX: Here is what it should look like
Snapping the chains that bind the business to legacy telephony limits