Valerian and the City of a Thousand Planets

Published with permission from Spling.co.za, a must read local site for movie news and reviews. Check it out now!

Valerian and the City of a Thousand Planets is a fun-filled and eye-popping sci-fi comedy action adventure that recalls the quirky, comic spirit of Besson's previous sci-fi extravaganza The Fifth Element, the CGI dimension of James Cameron's Avatar and the technologically imaginative and bizarre world of David Cronenberg's existenZ. Based on the influential comic book series of the same name, we follow 28th Century special operatives, Valerian and Laureline, who must race to identify a marauding menace and safeguard the future of the universe.

While spectacular and laden with The Fifth Element potential, blending the world of real and unreal is a challenge and while the CGI and design is superb at times, it's also unwieldy. The film's wacky sense of humour gives the tone some bend, but Besson reaches breaking point on several occasions, turning the adventure from epic sci-fi odyssey to cheesy knockabout misadventure. While Besson touches on some interesting allegorical terrain relating to indigenous people and resources, much like Avatar, Valerian's undermined by its flippant attitude and rickety Who Framed Roger Rabbit? dichotomy.

This tonal imbalance and visual incoherence make Valerian and the City of a Thousand Planets a visual extravaganza on a rocky road to oblivion. Dane De Haan and Cara Delevingne are two beautiful next generation stars. While easy on the eye and delivering serviceable performances, they seem miscast and out-of-their-depth. The duo's youthful verve gives the sci-fi adventure a bouncier feel as if they were recruited from Ender's Game, yet the brother-sister dynamic and De Haan's ‘Keanu Reeves’ voice is a bit disconcerting.

While adding credibility and backbone to a young pair of co-leads, the supporting cast seemed severely under-utilised. It's been some time since Clive Owen graced the silver screen and makes it seem like a mirage given his dead-eyed take on the Commander. Goodman's Jabba Jr. digital character needed a wraparound story and much more screen time, while Hawke is comically lightweight as Jolly the Pimp, making it abundantly clear that they all needed meatier roles rather than glorified cameos. Rihanna's burlesque entertainer role as Bubble is fascinating and enchanting, but her performance is sub-par and the connection between her and her shape-shifting alter ego is frayed and laughable next to Mystique. 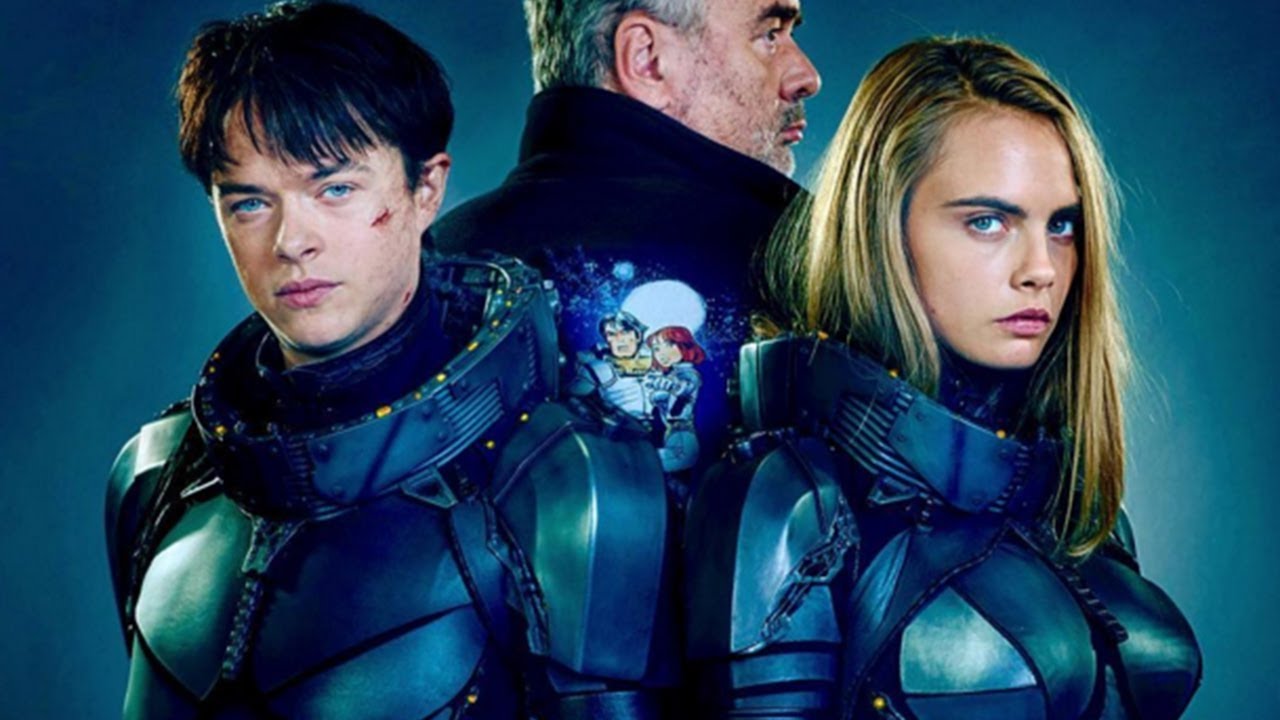 Being a fan of The Fifth Element, there was much expectation surrounding the release of this film in Valerian's 50th year and despite being moderately entertaining, Valerian and the City of a Thousand Planets is ultimately underwhelming. It's like Besson was trying to resurrect his original success story using a similar formula and inspiration. Unfortunately, casting a beautiful lead actress with a difficult-to-pronounce name, embracing a campy oddball mix of real vs. unreal, leveraging a CGI wonderland and immersing us in a futuristic world of crime and evil overlords doesn't always do the trick.

While Valerian will pass the time with its beautiful cast, spectrum of colour and wonderful visuals, it's a fairly mindless exercise. You will need to roll with it, fill in the gaps and resist the urge to look at your watch. It's a shame that Besson still hasn't been able to match the magic of his 90s heydays. More consistency, grounded co-leads, substantial returning supporting roles and weightier themes could've made all the difference to this visually compelling yet lightweight and superficial sci-fi comedy adventure.

CONS
-
TAGS:
SplingmoviesValerian and the City of a Thousand Planets
USER COMMENTS