Apple currently has two iPad Pro models: a 12.9" and 9.7" variant. According to reports, they're soon to be joined by a 10.5" version to complete the trio in 2017. MacRumors, normally spot on when it comes to this sort of thing, has been informed by sources that along with a 10.5" iPad Pro, Apple will also debut a new "low-cost" 9.7" tablet next year.

Despite a decline in tablet sales across the board for Apple, The Verge points out that demand for these types of devices have surged in the education and government sector. As such, the aforementioned low-cost iPad Pro could serve well in that department. That said, the cost would have to be substantial lower, as the current 9.7" iPad Pro (32 GB, Wi-Fi and cellular) retails for R14 000. 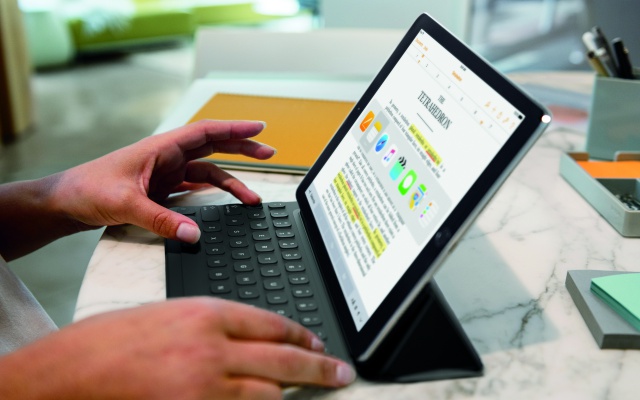 With Apple reportedly expanding the options within its Pro lineup, what does that mean for the Air and Mini devices? Could Apple be streamlining its tablet offerings to only include iPad Pro branded models? As tablet demand appears to be wavering, it might prove a worthwhile move in the long run.