Apple's WWDC is still underway in San Jose, California, and while all the big hardware and software announcements were made during the keynote earlier in the week, there's more news incoming. Granted, it's not as intriguing as a smart home speaker, but the company has revised the pricing for its iCloud storage plans.

In some regions, pricing for the largest storage capacity you can get, 2 TB, has been halved. The move has also resulted in the 1 TB storage option being done away, now replaced by the 2 TB variant. For those users that signed up for the 1 TB plan prior to 5 June, they've been moved automatically to 2 TB. 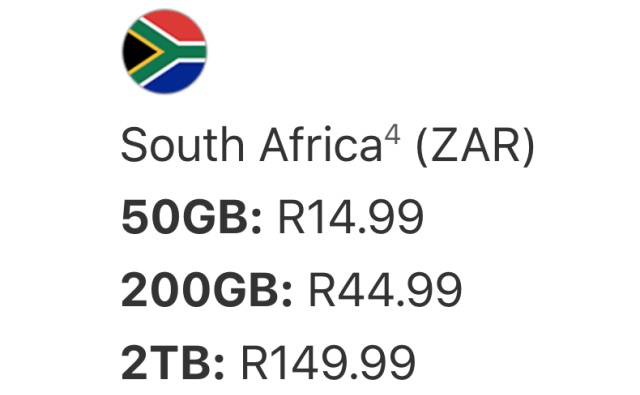 As Engadget notes, the pricing now makes iCloud Storage one of the better priced options in the 50 GB to 200 GB range compared to alternatives like Google Drive or OneDrive. The 2 TB version in South Africa is also reasonably priced at R149.99 per month. That said, with 2 TB being the cap for Apple, and Google Drive's limit being 30 TB, it may not be the best option for those with massive amounts of data in need of storage.

Nevertheless, it should prove interesting to see how competitors react to Apple's pricing in the lower end of the storage options.