Bang & Olufsen unveils its most affordable speaker - the Beoplay P2

Danish audio hardware specialists Bang & Olufsen has just unveiled a new Bluetooth speaker in the form of the Beoplay P2. It has also been christened as the most affordable speaker offering in the Beoplay range. To that end, it sports a relatively low on price, is big on sound and has a number of nifty features. 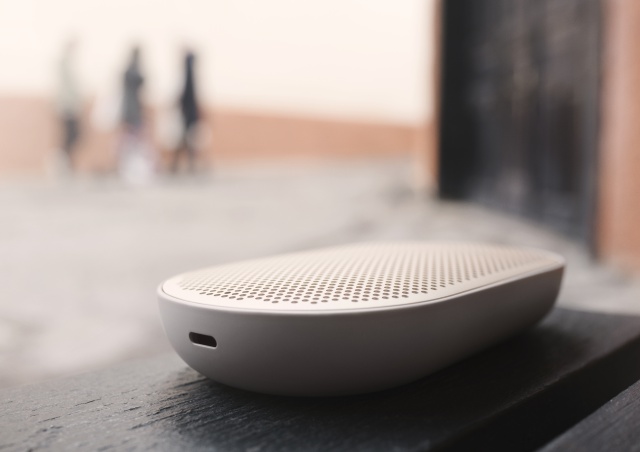 Certain elements of the P2 are derived from the Beoplay A1, which previously held the spot of B&O's most affordable option. Still small in terms of its dimensions, the P2 packs a mid-woofer modeled after the A1's version, but this time features an anodised cone structure, the upshot of which is 360-degrees of sound, according to B&O.

There's also a built-in microphone for receiving and making calls, along with some unseen controls. The power/Bluetooth toggling button are found on the rubber plastic underside of the P2, with tapping of the top speaker portion (covered by an aluminum grill) either pausing or playing music. You can also skip to the next track by shaking the P2, and at 275 g it's quite portable.

As far as playback time goes, the battery is said to serve up to 10 hours of usage from a full charge, with a USB Type-C port used for charging the P2 to maximum capacity in roughly two hours.

Finally, the P2 will be available in three colour options, Royal Blue, Sand Stone and Black, all of which will be ready to purchase at local Bang & Olufsen stores in the first week of June for a recommended R3 499. If, however, you can't wait until then, there will be demo units of the speaker on display from today, with the added incentive of pre-ordering the P2 in-store for a reduced R2 999.