Ten awesome Pop! Marvel - Avengers: Infinity War figurines! That’s what one lucky ready can win thanks to the friendly folks at Ster-Kinekor.

Avengers: Infinity War is the biggest superhero movie ever made. It makes sense then to go and see it on the biggest screen available – IMAX.

Marvel and IMAX will make cinematic history with Avengers: Infinity War, which marks the first Hollywood film entirely shot using IMAX cameras. Exclusively in IMAX theatres, the film will be presented in its entirety in an expanded 1.9:1 aspect ratio – showing audiences up to 26% more of the image than standard theatres – providing IMAX fans with even greater scope and immersion.

“When you sit in an IMAX theatre it takes up your entire field of vision and you begin to forget that there even are borders and you’re in the entire movie. As a filmmaker that’s what you want the audience to feel,” notes Kevin Feige, producer and president of Marvel Studios.

The Russo Brothers utilised the ALEXA IMAX 65mm camera to film Avengers: Infinity War. It is a next-generation revolutionary 2D digital camera developed through a partnership between ARRI and IMAX for use by today's leading filmmakers working in the IMAX format. The camera, when combined with IMAX’s digital re-mastering process, delivers the highest level of digital image capture and playback resulting in stunning lifelike images with pristine clarity, incredibly fine detail, vivid colors and a higher dynamic range for superior contrast. This camera is no stranger to the world of superheroes as it was first used by the Russo Brothers to shoot the airport battle sequence of Captain America: Civil War.

One lucky reader will be able to win a set of ten Pop! Marvel - Avengers: Infinity War figurines by answer this one simple question.

How much more of the image would you be able to see in IMAX theatres compare to standard theatres? Readers can answer by tagging us on Twitter with your answer (@TechSmartZA) or writing the answer on our Facebook page (www.facebook.com/TechSmartZA/).

ONLY ONE ENTRY IS REQUIRED - please do not spam us since you will not be considered. As per usual, terms and conditions apply. The competition is only open to readers with a South African address. It ends Monday, 7 May 2018 (UPDATE - Comp ends Friday 11 May 2018!). 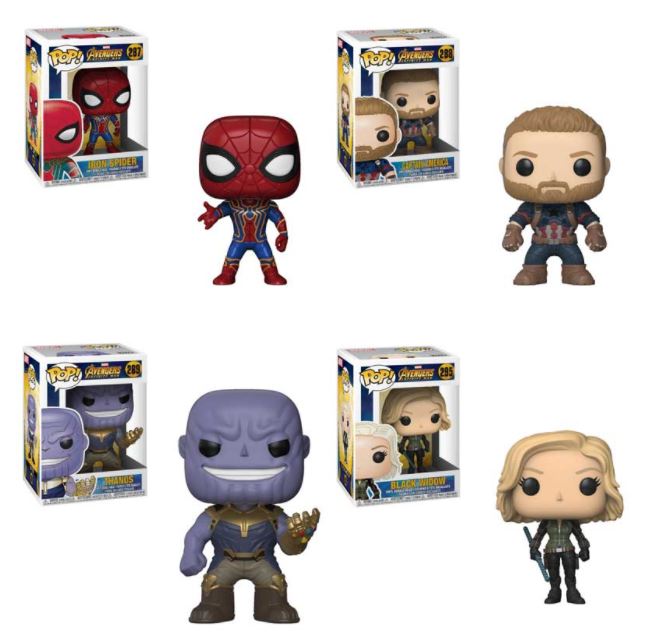