Dell EMC Part 4: Hands on in the Solutions Expo

Dell EMC World, which took place in Las Vegas, held a number of opportunities to explore and delve into digital transformation. Beyond the keynotes, there was also a chance to have some hand on practical experience with products and the concepts mentioned earlier in the days, via the Solutions Expo, held in a dedicated expansive hall of its own..

This, I took to the floor for some hands on experience of the issues raised, and of course, I was itching to go hands-on with the Dell Canvas device as well.

One if the more interesting approaches to the changing workforce was how Dell EMC categorised the different kinds of workers. This ranged from the desktop bound professional, to the corridor warrior who goes from one meeting to the next, the on-the-go-pro, to speciality workers, such as those who create intensive video or 3D graphics. This idea wasn’t entirely unfamiliar, having been discussed at the Dell Forum in Sandton a few months ago in greater detail. In a nutshell, though each, according to Dell  EMC, is best served by certain types of technology, and in the Solutions Expo, there were dedicated stations for each type of worker. 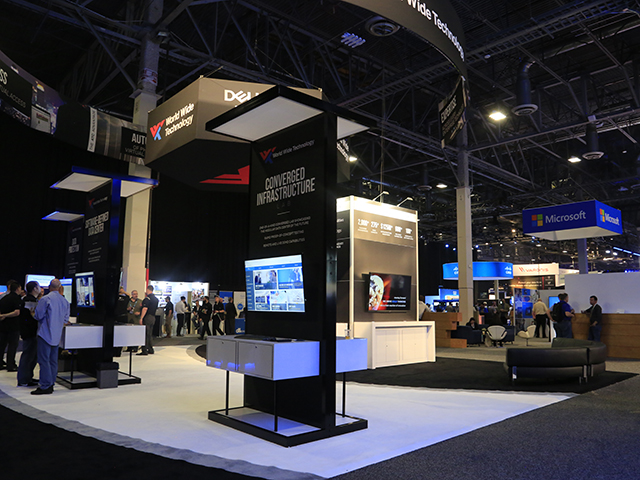 While Dell EMC has done a great job of dividing out the various kinds of workplace scenarios, and matching them to the most appropriate device to enhance productivity, my exploration centred on what devices would best suit hybrid workers. While your typical on-the-go pro would best be served by a light solution, like the XPS 13 two-in-one, what about those who are a bit of two categories?

An example of this is the travelling specialist, a multimedia pro for example who was on the move and thus required lighter computing with decent battery life, but also needed the performance to crunch graphics. Clearly, a powerhouse behemoth of a notebook like the Precision 7520 certainly delivers the capability, but the weight – above the three kilo mark – makes it unfeasible for extensive travel. And vice versa, a slender ultrabook would be great from a mobile perspective, but not practical when it comes to handling heavy workloads. Is there a happy in-between?

Actually yes. At the stand, it turned out there is portable notebook that delivers on both front, namely the Dell Precision 5520. However, I was advised that while it may look like an XPS 15, boasting a similar frame, its internals, which include a Xeon processor and 16 to 32 GB of memory, make it a very different beast.

Furthermore, the Dell EMC team were also be able to answer my concerns about battery life, as nothing kills creativity faster than being in the midst of a complex digital painting, photo composition or 3D design only to have the battery die halfway through. To this end, the notebook can be supplanted by a Dell hybrid adapter and battery pack as well, providing  several more hours of working capacity.

Returning to our graphics professional example, if you remove the mobility requirement, this then opens them up to availing themselves of the Dell Canvas. This is essentially a large, flat lying touchscreen PC that is used with a nifty on-screen wheel (or calling it by its official name, the token), to adjust settings on the fly, while drawing and painting with a pen/stylus. 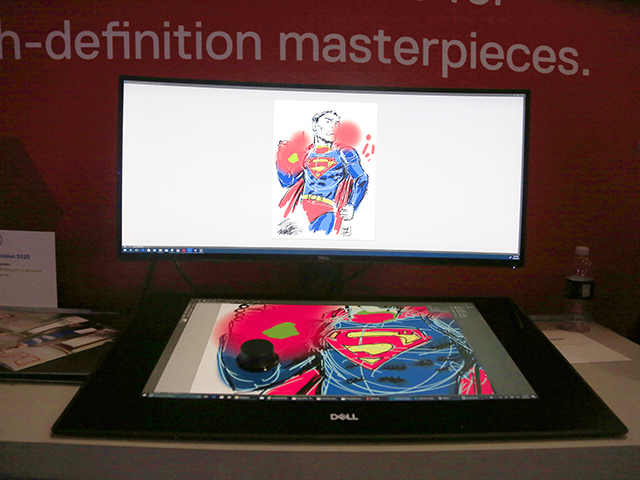 The Dell Canvas, as Nike teased on the stage during its presentation, worked beautifully for effortless drawing and painting. Alas, I didn’t have the time to delve too deeply into how well it dealt with the stress of 3D programs, and there is a bit of a learning curve to navigate through colour palettes, opacity and other settings using the token, but it certainly felt more intuitive than using a mouse to navigate menus.

It also enabled me to test out the concept of immersive creativity for myself, at least in part, as I noted that having controls on the device itself instead of hidden in menus made a difference to my brief creative venture with it.

The real crux of my exploration of workforce transformation came down to this: can technology actually make the concept of working appealing? Based on what I saw and experienced on the Solutions Expo’s floor, the answer to this emerged as a resounding yes.