Beyond the foundation that was laid for Dell EMC’s focus on realising digital transformation, highlights of the event only awaited. The first of these was a doozy, and came in the form of CEO, Michael Dell’s, keynote. This offered not just an elaboration on Dell’s view of the industry, but some hope and excitement for where the world is headed, despite the all too apparent turmoil so present in the world at large. As well, Dell also offered a deeper look into what digital transformation entails.

Dell began by pointing out that attendees ranked amongst some of the world’s greatest organisations, that are in the midst of “changing industries, reinventing processes, and transforming organisations to shape the digital future.” The aforementioned hope, at least for those in the tech industry, came as he asserted that with this transformation, the industry is moving towards a time of “unprecedented opportunity”. However, it is not just the IT sector that has cause for optimism. Rather he pointed out that what organisations do in the technology industry is not just global in nature, but also global in magnitude, serving as “a driving force for growth and progress.”

Further tangible examples of this would come later, but one of the more demonstrable examples of this was in healthcare, with technology enabling medical diagnostics and treatments, along with reducing the time taken to do gene sequencing down from 24 hours to 24 minutes so as to cure diseases more effectively. 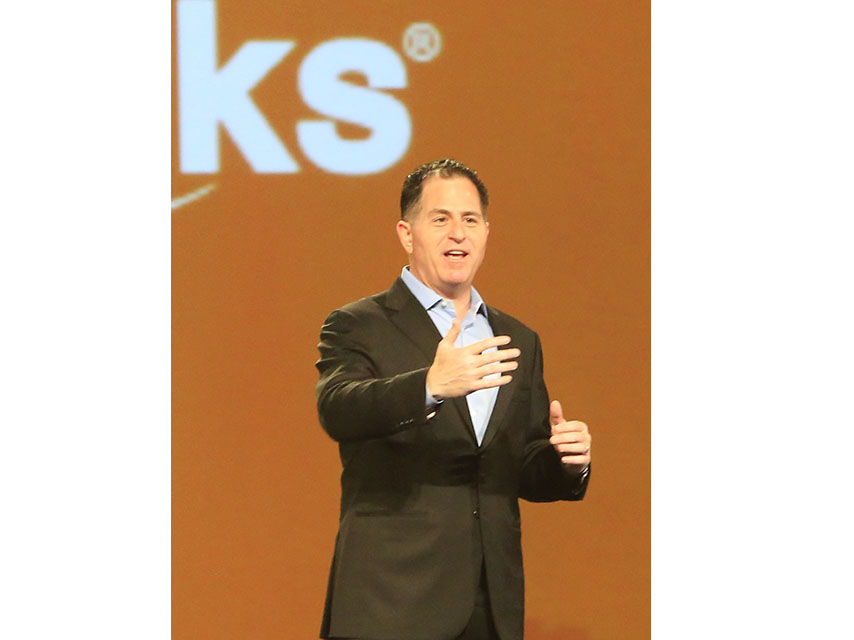 Dell related one of his earliest encounters with technology as a child, and being enthralled by the possibilities that a calculator could portend to amplify his own intelligence and creativity. 45 years later, he noted, the nascent fascination that emerged in his youth had only grown, as technology had become increasingly powerful so as to drive human progress in profound ways.

And indeed, it certainly seems as though being well placed for the digital transformation has been the company’s broader vision over the past five years. Dell said as much, explaining that the goal of making digital transformation real is the reason why he created Dell Technologies, which combines the capabilities of Dell, Dell EMC, Pivotal, RSA, SecureWorks, VMWare and Virtustream into one family of strategically aligned companies.

“This allowed us to innovate like a startup with scale of global powerhouse. For our customers, that means they  can have a technology partner that can be number one in everything, all in one place,” he elaborated. And indeed, the company certainly has offerings across the board, from PCs, storage, servers, networking, virtualization, security, cloud infrastructure and management, to converged and hyperconverged infrastructure, software defined datacenter and platform as a service. All of this has then been wrapped in Dell EMC services – which Dell promised would enable its customers to get the most from their investments.

To that end, the company apparently intends to continue pouring serious resources into Research and Development (R&D), to the tune of an annual $4.5 billion dollar investment, presumably to supplement its already 25 000 strong patents. 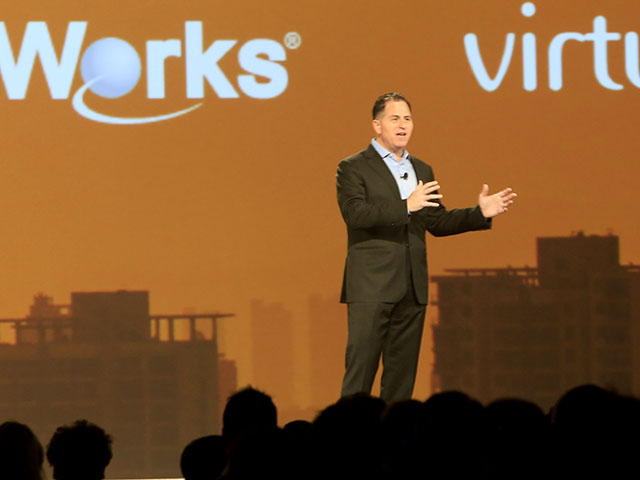 Additionally, what was once a criticised $24 billion move – Forbes called it a dubious decision - to take the company private in 2013 – had clearly paid off in a big way, particularly as Dell explained that being privately controlled had not just allowed it to be more adaptable, but also enabled the company to take a long view of innovation without the interference of shareholders.

This then led into a fascinating correlation between digital transformation, innovation and its companion, disruption, with the latter being a major focus of the Dell EMC Forum held earlier this year.

According to Dell, CEOs have moved beyond needing to be convinced that there is a digital transformation, as they witness the digital disruption happening around them everywhere. He elaborated that in his numerous conversations with C-level executives, the hunger for transformation is tremendous, adding that they are all seeking a partner and a strategy, a model to help them along their journey. “The business sees technology as a key enabler for every growth strategy and every key initiative and CEOs want their companies to become tech companies,” he added.

Dell didn’t mince words about the task ahead, nor did he pretend that successfully realising digital transformation doesn’t entail a lot of work.

“Companies need an IoT strategy, cloud strategy, a workforce strategy and security is the greatest concern of all. Software, artificial intelligence and machine intelligence make products smarter like thermostats and cars, jets engines and turbines and software can take everyday services like taxis and travel and insurance to the next level,” he continued.

Complicating matters, he pointed out, established companies are now competing with startups, which have modern development and cloud technologies and methodologies and are more sophisticated in using data and tools to inject smartness into applications. 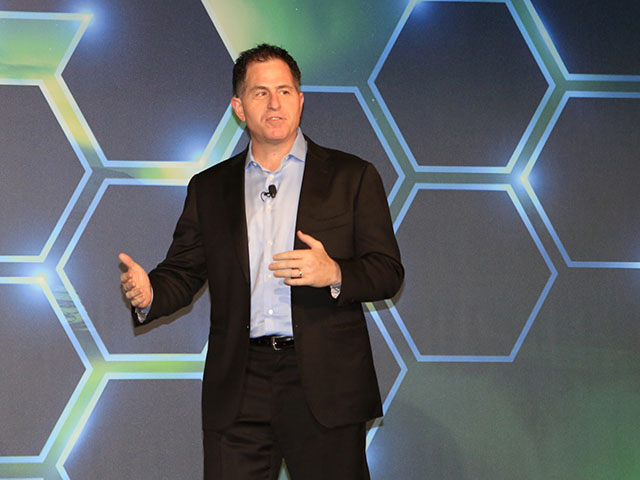 The future is cloudy but clear

So where then does this leave businesses embarking on their journey? Apparently, right in a bank of clouds. Dell warned though, that for those organisations that have a public cloud first and only strategy, will find themselves being uncompetitive in the long term. The reason for this, he explained, is because when on premise systems are modernised, they become software defined, which enables automation and unprecedented levels of efficiency. There is also a cost issue involved as well though, as Dell mentioned that many customers have already reported that public cloud is twice as expensive as on premise, especially for the predictable portions of their workloads, which are roughly 90%.

He further asserted that cloud is not a place, but rather a way of doing information technology. “We are already in a multi-cloud world and we will be even more so in the future. We will all consume IT in a variety of forms – public cloud, private cloud, hybrid, software as a service, managed services and all this comes down to optimising workloads and improving and managing them more efficiently,” he explained.

Dell stressed that while CEOs cannot do this without first enacting an IT transformation within their organisations, he then had some good news for the chief financial officer’s ears. Noting that while the Dell EMC understands that many organisations have legacy infrastructure to contend with, and datacentres that have been deployed over the past twenty years. “However, if done right, the savings from modernising your IT could actually fund your digital transformation,” he encouraged.

With that, one of the tour de force addresses, and highlights, at Dell EMC came to an end, only to give way to a some real world examples of digital transformation in action, a further exploration of how the workplace will change and some of the more technical announcements to emerge.