This week marked a significant milestone for Bungie, with the developer's hotly anticipated Destiny 2 having launched on 6 September. Less than 48 hours after its release, however, and gamers are already directing their ire at one of the new changes introduced for the sequel. The issue under contention is shaders, which are the in-game tools that allow one to change the colour of their Guardian's weapons and armour.

In the original Destiny, shaders could be infinitely used once earned, but were limited to changing the entire colour scheme of their character. In Destiny 2, gamers are able to use shaders to customise specific elements of one's armour or weapon, but they are now one-use consumable items. While it means gamers must be more considered when using the shaders, the access to more of them will require the use of in-game purchases or time-consuming completion of activities or missions. 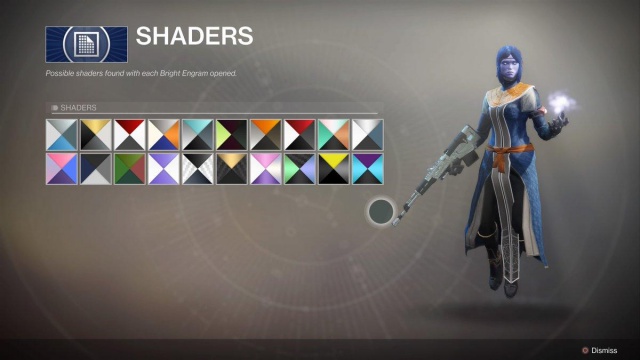 Naturally, with the game costing close to R1 000 locally, Destiny 2 gamers are less than willing to spend more money on content that was previously unlimited in the original game. With microtransactions a divisive element within games, it's unclear at this stage whether Bungie will address the concerns from the Destiny 2 community.

That said, the developer did acknowledge the issue to a certain extent, with game director Luke Smith taking to Twitter to "clarify" a few things. Importantly, Smith noted that, "shaders are now an ongoing reward for playing." Adding, "customisation will inspire gameplay. Each planet has unique armor and shader rewards."

Also worth pointing out is that Bungie says the further a player progresses in Destiny 2, the more frequent access to shader rewards will be. Whether that's enough of a respite for the Destiny 2 gaming community, remains to be seen.

James Bond Spectre teaser trailer revealed
Fibre has laid the foundation for a smarter SA, now it’s up to the users
Is this the next step in software?
Fitbit Versa
ScienceLogic expands reach to South Africa amid demand for AIOps
Don’t let data be a stumbling block in your SAP S/4HANA upgrade