Enterprises and businesses in SA poised to embrace emerging technologies

It’s largely accepted that the pace of change in the 21st century has only increased. For those enterprises and corporates in South Africa which are grappling with their digital transformation, the benefits of embracing emerging technologies such as robotics, the Internet of Things, big data and machine learning, are enticing. Primarily, the main advantage is being able to increase their competitive advantage.

The good news is that even as the local uptake of the aforementioned technologies has been slow to date, many large South African enterprises are now poised to leverage these technologies, according to a new study called The Mobile Corporation in South Africa 2018.

The study, which was compiled and presented by World Wide Worx in partnership with enterprise software company SYSPRO at an event in Corlett, revealed a rapidly growing readiness by companies to jump into these technological arenas.

This willingness is not without good reason. Part of it, explained Mark Wilson, the MD of SYSPRO Africa, is that enterprises are all seeing their counterparts globally being disrupted by small, nimble newcomers or large companies that are willing to disrupt themselves.

Indeed, it seems as though the penny has finally dropped - there is no hiding from the need for innovation. “If they don’t respond as part of their own strategic direction, someone will force them to respond. The result will be that these companies will find themselves performing crisis management instead of strategy management,” added Wilson.

Furthermore, he warned that companies that fail to remain current and relevant are at risk of becoming redundant. This it seems is a fate that these days, almost certainly leads to an untimely demise. Just ask Kodak. 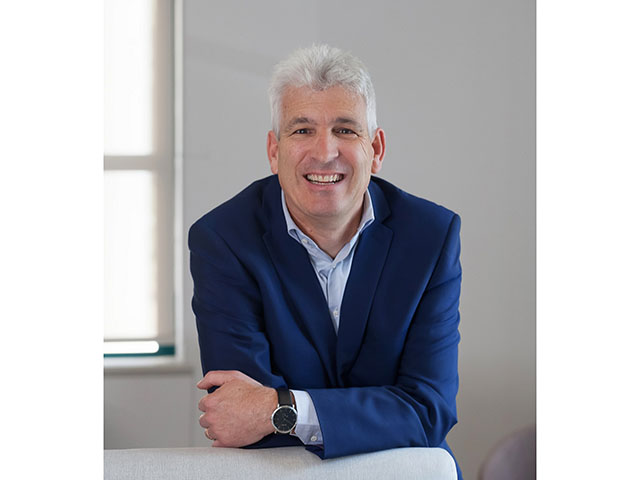 The study, which was based on telephonic interviews with information technology (IT) decision makers at 400 large companies in South Africa, revealed that while the current usage of cutting edge technologies has been low, this was far outweighed by the amount of intended adoption. For example, while only 13% of enterprise IT decision-makers said that they currently use big data and machine learning, a further 55% said they would adopt these technologies in the near future.

Robotics has been deployed in only 6% of companies, but a further 45% said they planned to do so. In this arena though, it was cost that was still acting as the main deterrent. Interestingly enough, Mining in particular is an industry that is most willing to leverage robotics.

As for the emerging technology that  is most widely adopted, that honour goes to the Internet of Things (IoT). The study found that two thirds of the respondents, (66%), noted that they currently use technologies related to the IoT. The majority of those not using it, plan to do so (a further 28%), while 100% of those currently using it plan to increase their usage. The latter, noted Arthur Goldstuck, the MD of World Wide Worx, was a clear indication that they were convinced of the value of using the technology to deliver business value.

Beyond that though, another interesting finding out of the report came from, following the money, or more specifically, large companies’ budgets.

The technologies that come up highest in IT budgeting priorities tended to be related to cloud computing, which now dominates IT strategy. Three of the top four are Software as a Service, or SAAS (69%), Cloud Computing in general (68.0%), and Virtualisation (62%).

The most important non-cloud technology however, was revealed as being Virtual Private Networking (VPN), which comes in second, with 68.5% of large companies rating it as important. VPNs have become critical to ensuring secure access to company networks and services when staff are away from the office.

“Although it isn’t a mobile technology in itself, it has become key to the ability of the knowledge worker to go mobile, yet have full access to corporate information,” explained Goldstuck. “In some cases, industries that are characterised by far-flung facilities have also become depended on VPNs for secure information sharing.”

For example, the Mining industry ranked VPNs, along with converged communications, as more important in their budgeting priorities than for any other industry. Mining was also second behind IT Software and Services in its ranking of Virtualisation – a technology that allows the creation of multiple virtual versions of a device within the same hardware device.

Advanced mobile software, like mobile enterprise resource planning (ERP) is currently being used by only 40% of large companies. Here, the retail sector leads the way, with 57% of companies using such software, and 48% being heavy users. The IT industry follows closely, with 47% of respondents indicating heavy usage.

The study showed that overall only 44% of large companies regard mobile solutions as important in their budgeting priorities. An entirely different picture emerged when drilling down into particular industries. In industry sectors like IT Software and Services (65%), Health (67%) and Education (67%), which depend on keeping up with the latest trends and technologies, no less than two thirds of companies were embracing these solutions.

There were no industry differences, however, when companies were asked about the importance of various priorities for mobile access: 82% of all companies saw mobile access as critical to receiving email out of the office. Being available in emergencies ranked second, at 72%, while both keeping up with office activity and organising time followed closely at 68%.

One of the biggest surprises from the survey came from how companies view hardware. You would be forgiven for thinking the smartphone ranks tops as the tech gear of choice, but you would also be very wrong.

The use of notebooks, followed by desktop PCs, reigned supreme, challenging the assumption that smartphones have taken over from computers. “That may be case for the consumer, but it is certainly not so for businesses,” asserted Goldstuck. Tablets, incidentally, had half the importance to corporates when compared with notebooks and desktops.

Goldstuck explained that the reason for this is that tablets, while great for content consumption, are difficult to use for productivity. Smartphones sat at 71% importance across all industries, but in particular industries, such as IT Software and Services, and Mining, their importance soared to 94% and 83% respectively. “Again, this is a case of technology being used for particular purposes,” he noted.

The real takeaway from the survey though was this: South Africa has largely been able to watch and learn from the IT revolution sweeping the corporate world, which to date has mostly affected developed countries. No more, however. “Finally, we are beginning to see the IT revolution arriving in South Africa,” enthused Goldstuck. For South African companies, it seems like there is no better time to jump onboard with emerging technologies and buckle up.