Last week, Ubisoft released key artwork, along with a handful of vignettes for its latest Far Cry title, in the process introducing gamers to the world of Hope County, Montana. These were followed by a fully fledged reveal trailer for the game, along with a small batch of character trailers over the weekend. Dissecting each frame that Ubisoft released, here's five things we learned about Far Cry 5 so far.

If you've watched the vignettes, or indeed the announcement trailer above, then you know the fictional town in which the game is set. As with most small town stories, everything is not what it seems, with the seeming peace and tranquility upended by a doomsday-esque cult running amuck.

Gamers will be able to set things straight as the sheriff's deputy. To that end you'll be tasked with taking down the cult, The Project at Eden's Gate. Helping you along the way are three characters (that we know of for now), each of whom received their own trailers following the reveal. With a bartender, a small plane pilot and a pastor, it will certainly be a ragtag team that you'll need to assemble.

We know that Ubisoft is crafting an open-world game for Far Cry 5, and built into that experience will be the vehicles you get to explore it in. The usual 4x4s and trucks will likely be mainstays in rural Montana, but Nick Rye and his planes will also feature heavily if the trailer is anything to go by. As such, you may want to play Battlefield 1 again, to ensure your aerial dogfighting skills are up to snuff. 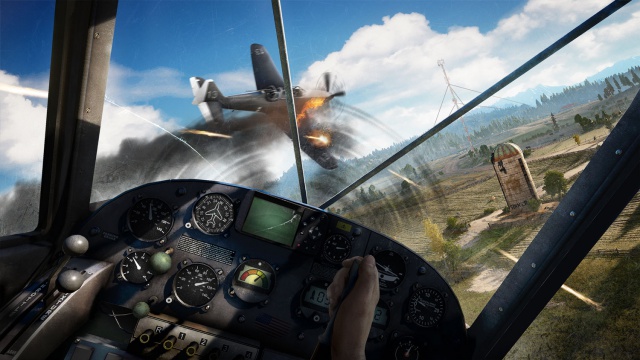 In the past for Far Cry games, the antagonist has pretty much been cast in stone, as far as appearance is concerned. Far Cry 5 is aiming to do things a little differently though, as gamers will be able to customise the look of their character. We're not precisely sure how deep the customisation will extend to at this stage, but things like race and gender will be up to the gamer to pick. 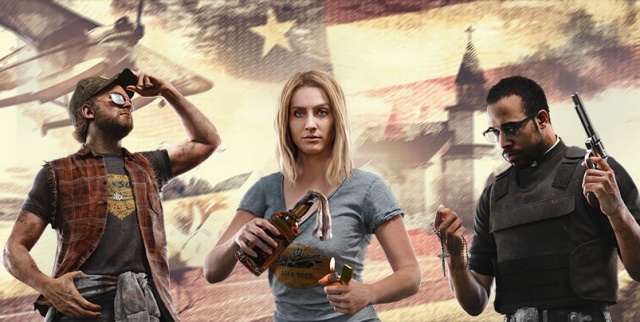 When the main protagonist is the leader of a doomsday cult, you can expect a lot of scripture rhetoric and religious iconography. We don't think it will be as intense as say Outlast 2, but there will certainly be a religious spin to this game. We've already seen several shots of a church in Hope County, as well as one of the character aids being a pastor, so religion will likely play a major role in the lore of Far Cry 5. 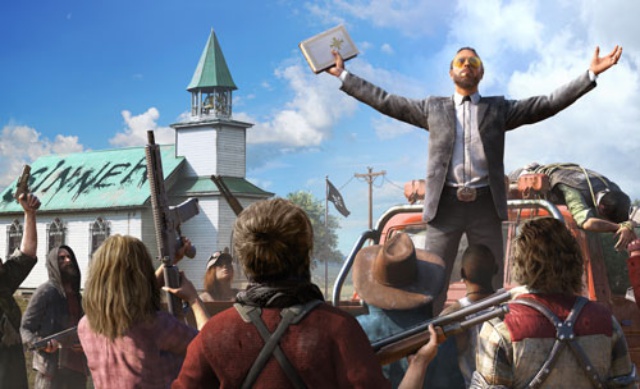 As for when you'll be able to play it? Far Cry 5 is slated for release on 27 February 2018. That's quite the wait, especially when Ubisoft is debuting it before the halfway mark of 2017, but given the scope they're aiming for on this one, it may prove to be a good idea. Currently available for pre-order (States only) on PS4, Xbox One and Windows PC, hopefully E3 and Gamescom this year will offer us better looks at this title. 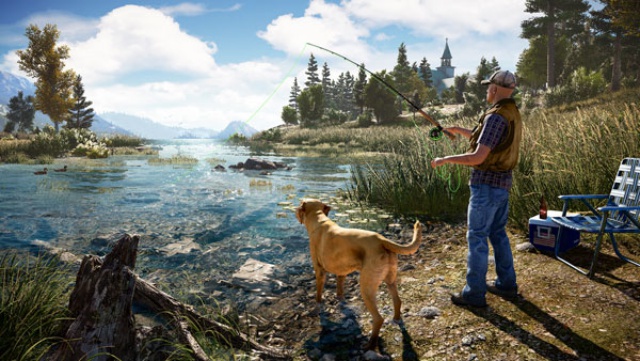