The past few months have seen DC slowly release tidbits about its Justice League, set for release in November next year. We've The Flash, Cyborg, black-suited Superman and Deathstroke, but now we get a full length shot of Mera, the queen of Atlantis who rules alongside Aquaman.

She'll be played by Amber Heard (The Rum Diary, The Danish Girl), although how much Mera will feature in Justice League, as well as whether she is queen at this stage, remains to be seen.

For now, all we have is this image, as Heard dons a similar armour to the one seen for certain shots of Aquaman (Jason Momoa). While we're yet to see her actually act in the role, she certainly looks the part, and if her DC skills and powers bio is anything to go by, Mera will be a fairly formidable character.

Scroll a bit further down to see what DC's movie version of Mera will look like. 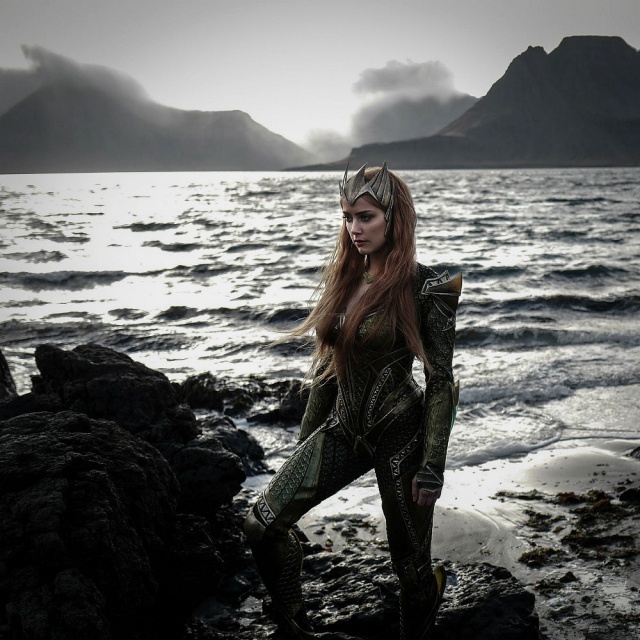